How to Get Iron Nuggets in Animal Crossing: New Horizon 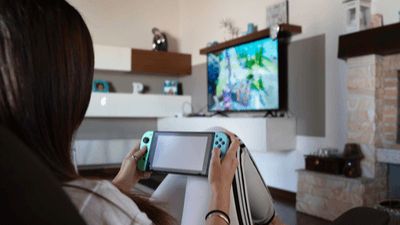 The latest Animal Crossing title by Nintendo introduced a bunch of great new features to the franchise, including the Nook Miles Rewards program, terraforming tools to reshape your island to suit your ultimate vision of paradise, and more character customization. However, if we were to talk about what the biggest addition was, it’d have to have been the fully realized crafting system. Players in Animal Crossing: New Horizon can unlock DIY recipes as they progress, allowing them to build furniture and other items to decorate their home, and craft essential tools through the workbench. To start crafting, you’ll need the right materials, and Iron Nuggets is one essential item you’ll need during your first days on your new deserted island in Animal Crossing: New Horizons.

Getting the Right Tools for the Job

At the start of Animal Crossing: New Horizons, you’ll have to use your bare hands to pick up fruit, pluck out weeds, and shake the trees. Branches, leaves, and sometimes stones can pop around the island, but if you want to get Iron Nuggets, you’ll need to head over to Nook’s Cranny first. You can purchase tools in Nook’s Cranny such as a shovel, fishing pole, and the like. The store only offers the flimsy variants of these tools at first, but once you upgrade the building, Timmy and Tommy will put out the higher quality stuff.

How to Get Iron Nuggets

The only way to get your grubby hands on Iron Nuggets in AC:NH is to hit rocks with an ax or a shovel. These rocks look small and colored silver, they’re not the big, dark grey rocks that you’ll find around the coast.

Every hit that you make will spawn a single crafting material at random, meaning that it’s not guaranteed you’ll immediately get Iron Nuggets. You’ll have to hit as many rocks as you can if you want maximum gathering potential. Here are the following materials that can appear when you hit a rock:

Each rock resets once every calendar day, and you can get a total of eight random materials from it. You’ll have to be fast when hitting though because you have a limited time to get all of the eight hits in before it stops giving out materials. Your character will bounce away from the rock every time you hit it with a tool, so the best way to maximize your materials is to dig holes around yourself using a shovel to keep you in place.

Where to Find Iron Nuggets

Let’s say you’ve exhausted all the rocks on your island for the day – where to next? Well, the next best method for farming Iron Nuggets in ACNH is to get a Nook Miles Ticket from the Nook Stop terminal located at Resident Services. If you have 2,000 or more Nook Miles to spare, you can purchase a Nook Miles Ticket that’ll let you fly to another island. While the type of island you’ll get is random whenever you book a flight, they’ll always have at least two rocks on them you can farm.

Here’s how you can get Iron Nuggets with a Nook Miles Ticket:

The best part is, you can purchase as many Nook Miles Tickets as you like; there’s no limit on how many islands you can visit in a day! As long as you’ve got enough Nook Miles points, you can farm as many Iron Nuggets as you need using this method.

When you don’t have any farmable rocks on your island and can no longer travel to any more Mystery Tour islands, there’s one option left that could help you – time travel. Now, before you gasp and cast shame on me for this suggestion, note that this isn’t a particularly great way to get Iron Nuggets and is considered a last resort.

To time travel, you can change your Nintendo Switch’s built-in clock system in the System Settings to the next day and reload ACNH. By doing so, you’ll advance to the next in-game day which will refresh the resources of the rocks on your island. Again, I only recommend doing this as a last resort if you, for whatever reason, desperately need those Iron Nuggets.