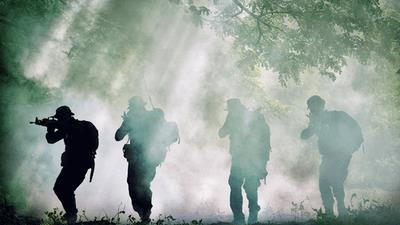 As phones capable of gaming become more available, many gaming companies are starting to invest more and more into the large market for mobile games. Games such as ML:BB, Wild Rift, and COD:M have already made huge profits through their success in the mobile gaming industry. As more people get access to mobile phones, gaming studios that previously focused on PC and console platforms are trying to penetrate the mobile platform with their own games. One of the expected PC games to come into mobile is Respawn’s popular battle royale game Apex Legends as Apex Legends: Mobile.

From Valorant to Battlefield, everyone is jumping into mobile games. Respawn has set its sights on releasing Apex Legends on the platform to tap into a larger player base. The popular PC game will try to compete with already popular mobile games such as PUBG, Call of Duty, Genshin Impact, and even Fornite, which has just landed on the platform recently. Many fans are already excited to see their favorite legends on their mobile screens. Whether Apex will find success in its entry to smartphones or not, gamers will only have to wait a few more months.

What is Apex Legends?

Apex Legends is a multiplayer battle royale game. It is a free-to-play game on PC and consoles. Players enter different game modes using characters known as “Legends.” Each Legend has a distinct ability to help them win their battles. These Legends are classified into four classes: offensive, defensive, support, and recon. These roles or classes will influence what type of skills the characters have and when they are most needed.

Players can enter the battle royale mode where they commonly play in groups of three in a match with 30 squads. Gamers can also enter these games solo or in duo. Those who just want to get straight into shooting can opt to play the arena mode where players are in a team vs. team type of situation. All of these game modes have a ranked mode, so Legends can climb the ranks and pit themselves against other players with the same skill level.

Why is Apex Expanding to Mobile?

The main reason why gaming companies want to introduce their PC games to smartphones is due to how accessible mobile games are. Mobile phones are significantly cheaper and more affordable than consoles or computers. A decent gaming smartphone is worth ¼ the price of a desktop. For third-world countries, more people play on mobile phones than on PC or consoles. Understanding this, Respawn wants more people to experience the popular Battle-royale game. The decision to expand the game towards mobile has also been fueled by other BR games such as PUBG and Fornite entering the platform. These types of games have become very popular alongside MOBA games, so it is expected that Apex Legends Mobile will also achieve a certain degree of success with mobile users.

What to Expect from Apex Mobile?

Respawn has stated that there will be some major changes in the gameplay of the mobile version of Apex. The PC version’s fast gameplay might not fit the mobile version, especially with the limited controls. From the original first-person view, the mobile game would be shifting to a third-person perspective to make the game a bit easier to play and easier to navigate.

For now, only the original Legends have been confirmed to come to the mobile platform. Bloodhound, Caustic, Lifeline, Gibraltar, and Wraith will be the initial Legends available upon release. As of the moment, only the World’s Edge map will be available for this version. It is unknown if maps like Kings Canyon, Olympus, and Storm Point will make an entry to the mobile version in the near future. It hasn’t been confirmed whether the Arena Mode’s Encore will be included in the initial release, but players are hopeful that it will since it is the only map that allows for quick arena matches.

Fortunately for fans of the game, Apex Legends will still remain free-to-play with players only needing to spend money on cosmetics and battle passes. Respawn has also confirmed that Apex mobile will not be a cross-platform game meaning players from the mobile will not be able to match or play against players who are on the PC or Console version.

It has also been rumored that EA will be working with Tencent for further development of the mobile game. Tencent has been involved in popular games in the smartphone platform such as COD: Mobile and PUBG: Mobile, so the Chinese gaming giant is keen on bringing in Apex’s popularity to a much wider audience.

Apex Mobile has been under closed beta testing since the early months of 2021 with select users from India and the Philippines testing the game. Currently, only players in India, the Philippines, Malaysia, Colombia, Egypt, Mexico, Peru, and Turkey are eligible to enter the closed beta. Fans of the game will have to wait until September 2022 before they can enjoy Apex Legends Mobile. Always make sure to check the game’s page in the play store, so you won’t miss out on any new updates!