Is Fortnite Mobile Dead? What Does Fortnite vs Apple Mean for its Future? 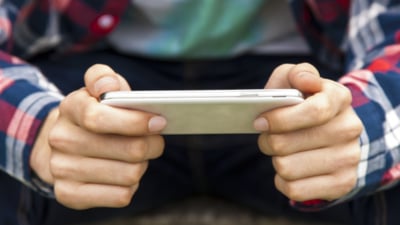 Fortnite Mobile is gone. Well, that might be a bit dramatic, but due to some recent conflict between Fortnite Mobile and Apple, it’s gotten booted off the App Store. As though that wasn’t enough, Epic Games also broke the rules for Android and got removed from the Play Store as well, leaving Fortnite Mobile out to dry. But what does this mean? Is Fortnite Mobile dead?

Right now, there’s a lot of confusion swirling around about what, precisely, happened. Don’t worry! In this article, I’ll take you through everything you need to know about what went down and what this means for the future of Fortnite Mobile. Ready? Let’s roll!

You might also want to check out: Is Fortnite a Dying Game?

Why Was Fortnite Mobile Removed from the Apple and Google Play Stores?

Let’s not waste time here and let’s just jump straight into the issue at hand: what happened? It seemed like Fortnite was cruising along and then, boom, overnight, it’s just banished. Well, here’s what happened: Fortnite Mobile broke the rules. The big argument is actually between Apple and Epic Games. Apple has some strict, no-nonsense guidelines for being allowed on the App Store. The one that Epic Games decided to completely ignore was that of the payment system.

Apple takes 30 percent of proceeds from the App Store. Maybe that’s high. Maybe that’s fair. It doesn’t really matter. It’s Apple’s rules. If you want to get on the App Store, you pay them 30 percent. Epic, evidently, decided to go ahead and (without getting approval) design a workaround to avoid paying Apple and instead threw their own payment method into their game. All of a sudden, everything you bought on Fortnite Mobile went straight to Epic. And, unfortunately for Epic Games, Apple found out. Shortly afterwards, Fortnite mobile was given the boot for violating the conditions. That’s when rumors about Fortnite Mobile being dead in the water surfaced, and arguably for good reason.

Is There any Way to Still Play Fortnite on Mobile?

Yes and no. It depends on if you have an Android or iPhone. Let me break it down for you.

Is the Game Playable for iPhone Users?

If you have an iPhone, you might be in trouble. If you still have the game on your phone, you’ll be able to play it until the release of Chapter 2—Season 4. According to the FAQ of the company, “players accessing Fortnite will still be able to play the 13.40 version of Fortnite, but will not be able to access any new content or the new Battle Pass.” In other words, though you will be able to play it if your phone already has it, your time is limited. The in-app payment system will work. If you want to download the game, you’re plain out of luck. It’s gone. Iphones can’t get it anymore. Fortnite Mobile is essentially dead for Iphones.

Is Fortnite Mobile Dead for Android Users too?

If you have an Android, it’s a bit foggier. So, Fortnite’s brilliant plan to violate the rules also got them removed from the Play Store. However, it’s not as permanent and doesn’t hold quite the same repercussions for players, seeing as players can still download it using Epic’s own app launcher, which it distributes independently through any mobile web browser. Google did mention that they “welcome the opportunity to continue… discussions with Epic and bring Fortnite back to Google Play.”

Is Fortnite Mobile Dead? What Does This Mean for the Future of the Game?

Things aren’t looking great for Fortnite Mobile. It’s not impossible to imagine that Fortnite Mobile is dead. Though the future is still uncertain, they managed to get removed from two of the biggest platforms on which it can be downloaded from. That’s a big blow, and one that they brought upon themselves. Interestingly, Epic is arguing against the injustice of this action.

However, I’d argue that it really doesn’t matter if you agree that Apple’s 30 percent is fair or not. Epic Games signed up willingly and decided to skirt the rules, and they got caught. Without being on the App Store or Play Store, Fortnite has shot itself in the foot. Epic actually said as much: “After 18 months of operating Fortnite on Android outside of the Google Play Store, we’ve come to a basic realization. Google puts software downloadable outside of Google Play at a disadvantage.” It’s lost two massive sources of interest, and while only time will tell, this could be a staggering blow unless they can return to the App and Play Stores.

There is a valid possibility that Fortnite Mobile/Epic Games can wiggle their way back to the App Store and Play Store. It’s possible that negotiations will come through and everything will be sunshine and rainbows. But… it’s not likely. For now, Fortnite Mobile is dead in the water—and it might just stay that way.

In summary, what basically happened was that Fortnite Mobile decided to ignore the rules to duck having to pay and got removed from both the App Store and Play Store. Though the moral grounds of this is up for debate, Epic’s foolish decision has landed it in a world of hurt and it may have crippled itself for good. It doesn’t matter at this point how many people want to play Fortnite Mobile, because Epic has made sure you can’t play it without using the Android launcher. The future is uncertain. Fortnite Mobile might live on. Fortnite Mobile might be dead.