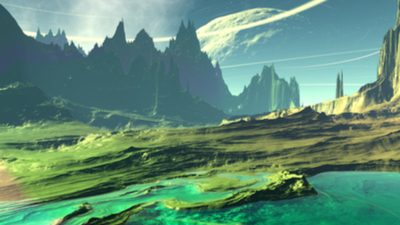 Ever since footage of Genshin Impact’s gameplay was leaked, people have wondered what type of game Genshin Impact is. It subsequently caught the eyes of millions of players who either abhorred or loved it. Touted as a Legend of Zelda: Breath of the Wild clone, Genshin Impact is one of the many games that gamers are now looking to play in 2020. After months of speculation and secrecy from the developers, the game has now been officially released! But along with the release came something quite unexpected: Genshin Impact will be free-to-play. While this earned praise from some who were more than happy to let their wallets and credit cards well-deserved rests, most free-to-play games have a reputation of pushing shovelware and micro-transactions down players’ throats.

So, does Genshin Impact live up to the hype of potentially being one of the greatest free-to-play games to ever be released? Or is it headed on a steep trajectory to subsequently fall flat and be called an uglier sibling of Nintendo Switch’s flagship title?

Let’s weigh the pros and cons and find out!

What is Genshin Impact?

Genshin Impact has been summed up in one description: a clone.  But after spending a few hours playing the game, we realized that this “clone” and the game that it’s trying to emulate actually have very little in common. There’s a saying that imitation is the sincerest form of flattery, and who can blame the developers for trying to copy the huge success that Breath of the Wild had when it first came to the Nintendo Switch? Heavily inspired by BOTW, Genshin Impact follows the same formula from its inspiration but with a bit of twists here and there to make it another game in its own right.

Simply put, it’s an open-world ARPG. Once you create your character, you’ll be plopped right in the world of Teyvat where you’ll meet other heroes across your journey. To keep it as simple as possible without giving the story away too much, Genshin Impact is about reuniting with your lost sibling who you were separated from.

Genshin Impact is brought to us by miHoYo, an anime-style mobile game development company from China. Before working on Genshin Impact, they’ve had multiple successful mobile game releases such as “Zombiegal Kawaii” and “Honkai Impact 3rd”, both of which have great visuals and gameplay. The company was founded in the spring of 2011 by Da Wei / Brother Wei who is currently the CEO and director of miHoYo. The original team of miHoYo was only composed of six members. Since then, they have grown exponentially and now have a headquarters based in Japan alongside the one in China.

What type of game is Genshin Impact?

Fast-paced, action-packed, but not mind-numbing. As we’ve previously stated, Genshin Impact is an open-world ARPG. It follows the same suit as Breath of Wild in a way where there’s a lot to explore in the world. Along with some mechanics and how both games look like they used the same graphic engine, the similarity ends there. Genshin Impact has a far bigger and more lived-in world than what BOTW has to offer. Since the plot isn’t as dark and apocalyptic, the world looks more vibrant and welcoming. You’re able to climb any terrain and use your glider to explore hard-to-reach areas, making every corner of Teyvat accessible.

Genshin Impact adds elemental magic alongside the usual melee attacks in its combat, making utilization extremely important if you want to defeat enemies as quickly as possible. Status effect also comes into play, resulting in a multitude of combinations to fool around and toy with to find the best ways in defeating certain enemies. Most enemies in Genshin Impact have their own specific weaknesses and affinity. This requires you to not only think about which moves should you execute but also take into account how you’ll execute them. This generates a fast-paced, action-packed, yet interesting combat system that’s utterly satisfying to use.

While progressing through the game, you’ll meet new characters that will join your team all the while unlocking better gear. This is where the micro-transactions come into play. As you complete quests, you’ll be given Fate, Genshin Impact’s very own currency. You can use these Fates in the game’s Gacha-style loot system to unlock new weapons and characters for your party. As of the moment, miHoYo isn’t pushing this too much into a player’s face since what you get in the Gacha isn’t significantly better than what you’re already given in the game. So if you were to ask us is if the game can be played without ever spending a single penny, then the answer is yes!

What platforms is it on?

Genshin Impact is currently available to play on PC, PlayStation 4, and various mobile devices. A Nintendo Switch version of the game will be released at a later date. The game also supports crossplay across all platforms, allowing console, mobile, and PC gamers to play Genshin Impact together. There’s no news yet regarding a release for the Xbox One, however.

What miHoYo has brought to the table is an expansive and surprisingly well-thought-out world that boasts a clever and intuitive combat system, even better graphics than the game that it’s trying to copy, plus a buttload of content that can keep players playing hundreds of hours. Not including a paywall also helps in regards to playability. Overall, Genshin Impact is a joy to play that should be regarded as more than a clone. If you love open-world adventure games, then we suggest adding this to your list of games to play!