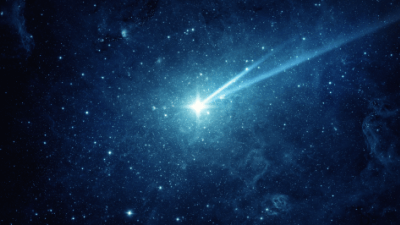 Note: Spoilers abound. Read at your own risk.

Default Name: Aether (male), Lumine (female). The player can set a pseudonym, as the sibling will call the default name in a voiced cutscene.

Vision: None, but can resonate with every element (currently available: Anemo, Geo, Electro, Dendro)

Birthday: set by the player

The Genshin Impact Traveler is a unique character in Teyvat. Due to their mechanic of being able to switch elements, builds change depending on which one you prefer. However, most of their abilities lean toward supporting others than brute force.

When resonating with Anemo, the Traveler’s Elemental Skill gathers wind in their palm. It creates a vortex that has a minor attraction force. The ability may be charged to prolong its effects and make a more powerful suction effect. Their Burst will create a whirlwind that moves forward, bringing along small enemies. Because of Anemo’s nature, both skills can absorb and Swirl an element when one is introduced during its active duration. The exceptions are Geo and Dendro, which don’t react to it.

With Geo, their E skill lifts meteorites from the ground, creating a Geo Construct that can block attacks or be used as a platform (to get the high ground). It also damages enemies nearby. Hold the button to aim where to place it. As for their Burst, it sends out waves of Geo in a circle around them. The ability also leaves behind some constructs that can block attacks or keep enemies from getting close.

Electro’s Elemental ability sends out three thunder shadows that create Abundance Amulets upon hitting an enemy. The amulet restores energy and increases Energy Recharge for its duration. Their Electro Burst is something like Beidou’s without the shield. When active, the attacking character’s normal and charged attacks summon lightning, dealing Electro DMG. The bolts also have an extra effect of regenerating energy for the character being used.

Lastly, Dendro’s E ability is much like the Electro one, but with the Dendro element and without any extra effects. Their Burst summons a Lea Lotus Lamp that deals Dendro DMG in an area around it. It can undergo some changes when affected by specific elements:

Hydro: Increases the Lamp’s and its attacks’ AoE

The Lea Lotus Lamp can only undergo one change, so you cannot make it have both increased AoE and ATK SPD simultaneously.

Take note that talent levels do not carry over when switching elements. However, you will not have to level the skills up when you switch back. To illustrate, if you’ve raised the abilities for Anemo Traveler and switched to Geo, the levels of Geo abilities will be reset at 1. You then upgrade their Geo talents. When you go back to Anemo, it will have the enhancements you left it at. Then going back to Geo, the increased levels will still be there.

They also don’t use a single set of talent books. As you level up their abilities, the requirements cycle through the three available kinds of upgrade materials. You have to farm all three types to level up their skills.

This is a build where you don’t have to keep changing artifacts as you change the Traveler’s element. Like a ‘jack-of-all-trades,’ this build doesn’t excel in any particular aspect. Still, it is enough when starting in a new area until you get another unit with the new element.

This focuses on the supportive aspects of the Traveler’s abilities. Mainly, it focuses on the use of Bursts. It requires much Energy Recharge, as the energy cost varies across elements. The Viridescent Venerer for Anemo Traveler is considered a ‘support’ set because the full effects have an Elemental RES shred that is very helpful.

Travelers with this build focus on dealing damage. As such, the recommended artifacts here are the elemental sets:

When the later elements get released, the Heart of Depth, Crimson Witch of Flames, and Blizzard Strayer sets will become options. Other than the Physical sets, most are best for a sub-DPS role. These are the ‘use skill then switch out’ positions. If going for their regular attacks, the Physical set is better since the Traveler doesn’t use any infusion abilities.

The Traveler has a signature weapon that’s not the one they used in the beginning cutscene or the Dull Blade. That’s the Sword of Descension, a PS exclusive. Otherwise, they can use any other sword depending on your preferences and preferred role. Still, most builds would tend to the Crit, ATK, or Energy Recharge weapons. Use what best fits how you want to use them!

True to their title as Travelers, they’ve been traversing various worlds until they landed in Teyvat. Unfortunately, they arrived near the Cataclysm that destroyed Khaenri’ah. The sibling woke up a little before them, traveled with Dainsleif, and then woke your Traveler up to continue world-hopping.

As they tried escaping, the Sustainer of the Heavenly Principles stopped them in the beginning cutscene of the game. The twin you chose becomes the player Traveler, while the other becomes the ruler of the Abyss. For clarity, ‘Traveler’ will refer to the player character, and their twin will be the ‘Abyss sibling’ or just the latter word.

Traveler starts the game by telling the above story to Paimon, who they fished out of a body of water some time ago. Well, they won’t know about their sibling being the ruler of the Abyss until a later Archon Quest, but they told their companion the other things.

The events play out as in the game. Paimon recommends traveling to the seven nations and asking the respective Archons for information on the god that ambushed them or their sibling. In Mondstadt, they meet Venti and help out with the Stormterror attacks. In Liyue, they get involved in Zhongli’s retirement plan. By the time they get to Inazuma, they just want answers from the Archon, but they still get drawn into the nation’s conflicts.

In Sumeru, they’ve already talked to Nahida. Still, the successor to the God of Wisdom doesn’t have any information on what the Traveler wants to know. However, she’s the most helpful one so far, promising to tell them anything she finds out. It’s just that the Akasha System and the Irminsul are in danger, and that should be solved before she could investigate.

The Traveler’s personality is determined by the player as they choose dialogue options throughout the game. They can be lazy and apathetic or warm and compassionate. Many choices tease Paimon, denoting a close relationship with the floating companion. Paimon gets annoyed but forgives the Traveler very quickly.

They mentioned they’re good with a bow (and presumably a few other weapons), but it cannot be demonstrated due to the game’s limitations.

Hope you learned something new about the Traveler. Keep enjoying Genshin Impact!