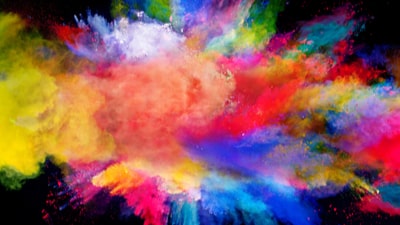 Klee is explosively adorable and equally as terrifying. Don’t judge her by her diminutive size, as she packs a punch that may even be stronger than everybody’s favorite DPS and fellow Pyro user, Diluc. Even as a catalyst user, her normal attacks deal almost as much damage as a claymore user! (At least, when attacking ores.) Still, that’s more than the usual tickle-attacks of the other catalyst users. It’s explained by Klee actually throwing bombs instead of elemental projectiles.

Her E skill ups the explosion factor by sending out a ‘Jumpty Dumpty’ that bounces as it deals AoE Pyro DMG. After about 3 bounces, it explodes into several smaller mines that explode with enemy contact, or when their duration expires. She can even send out two of them at once!

Her burst, Sparks n’ Splash, summons lasers to attack enemies nearby, even those not actively targeted by Klee. The lasers deal AoE Pyro DMG as well. The effect lasts for ten seconds.

Playing as Klee means exploding everything on site. Jokes have been made about her being a ‘little terrorist’. Though her desire to fill Mondstadt with Jumpty Dumpties everywhere stems from her innocence, it spells doom for the rest of the citizens. As cute as they are, they are also dangerous explosives that can blow the city sky-high. At least Acting Grandmaster Jean is trying to keep Klee out of trouble.

Slap on a Crimson Witch artifact set on her, and watch the explosions and lasers blow away any kind of enemy (except the ones immune to Pyro). The Wanderer’s Troupe set may also do, though not as well as the Witch set.

Before reading about this character’s backstory, try her out with a Genshin Impact Klee account.

In Mondstadt’s taverns, there’s an ongoing debate for who’s the strongest Knight of Favonius. The main candidates for the title are the Acting Grand Master Jean, the Cavalry Captain Kaeya, and the former Cavalry Captain-turned-wine-tycoon Diluc. Yet, there’s a fourth candidate witnessed by drunks who swear they saw a Knight in red who leveled the Stormbearer Mountains. They’re talking about Klee, the youngest Knight of the Knights of Favonius.

Klee’s parents are famed adventurers, especially the world-renowned Alice, author of the Teyvat Travel Guide. As such, they can’t bring the child Klee everywhere they go, so they entrusted her to the Knights of Favonius. This is how Klee and her ‘big brother’ Albedo’s fates intertwined.

Even as a young kid, she was inducted as the Spark Knight for her expertise in explosives. Her natural curiosity and impulsiveness cause no end to Jean’s headaches though. Her innocent experimentation with all kinds of explosives can lead to unexplained forest fires, sheds turning into ash, and unusual deaths of fish in Starfell Lake.

Of course, it cannot go on unpunished, so Jean sends Klee into the Solitary Confinement room. Yet as soon as she is out, it’s only a matter of days before some kind of trouble lands her there again.

Ever since Alice and her father left for their latest adventure, Klee has treated the Knights as her family. Jean is almost a surrogate mother to her, in fact. As the Midsummer event in the game’s 1.6 update shows, the Acting Grand Master isn’t some uncaring adult to leave a child unsupervised in an unknown archipelago. Klee’s voice line about her says she’s the best but also a bit scary, which describes most mothers.

Amber the Outrider is like a big sister to her, and they bond over making Baron Bunny even better. Captain Kaeya acts like a doting uncle, sometimes helping her get out of trouble and solitary confinement. He was also the one who wrote a survival guide for her, which she recites in one of her idle dialogues. As for Albedo, he’s a good brother to Klee even if they’re unrelated to each other.

Though not a Knight of Favonius, Diluc gets a special line from Klee, where she notes that he is a weird grumpy grownup who doesn’t smile. Diluc doesn’t return the favor (he doesn’t have a voice line for Klee), but he gets a special appearance in the Midsummer event as one of the people Alice notes that Klee loves and cares for her.

Also, she has one friend outside of the Knights (maybe two, it probably is because of his bad luck that kept him from joining the others in the archipelago). The Traveler doesn’t count because they’re the Honorary Knight and nominally part of the organization. That friend is Razor, the boy raised by wolves. While he gets annoyed at Klee’s destructive tendencies, he still gets her out of the troubles she causes.

Klee has a friend more special than the others, all because he’s her first friend. That’s Dodoco, a doll hand-made by Alice. He’s the doll fixed to her backpack on a chain connected to a four-leafed clover. From then on, they’re inseparable, and Alice promised her that with Dodoco, she’ll never be alone and she’ll be protected. This caused the knights a great deal of worry, as Klee had to take after her mom, which meant that Dodoco might explode at any time.

Klee’s title as the Spark Knight isn’t just for show. When her affinity for explosives is directed well, it can prove beneficial to the Knights. One of their expeditions proved it, as everything went without a hitch, and no Knight involved was hurt. A horde of invading hilichurls was easily repelled. An unintended consequence was forever changing the face of the Stormbearer Mountains since Klee put more charges than what she was told.

How Did Klee Get Her Vision

Klee’s age is vague, but we know she’s not a teenager yet. That’s anywhere from about 7-12. Despite her young age, she got her Vision even earlier. Her mother, who once tried to launch hilichurls into Celestia, taught Klee how to make explosives at such a young age (younger than her apparent looks). While trying to make a ‘bomb bigger than super big’, she blew her small workshop sky-high.

Among the ashes of her failure, she found her Vision. Instead of being disappointed by her failure, she was more than happy to find it. Since then, it has helped immensely in her bomb-making endeavors, which means she’ll never let it go.

The Pyro Archon clearly favors characters with a burning passion, whether it’s for music, adventure, or whatever their dream is. Clearly, Klee showed her passion at a very young age, which the Archon acknowledged with a Vision. Comparing all the Pyro Vision users will make this evident, except in Diluc who is more of a smoldering ember than a blazing flame.

And that’s everything about the adorable Spark Knight of the Knights of Favonius. Her banner has been featured twice already, so if you missed both of them, you can only wait until it comes by again. At any rate, she’s a great DPS character to play. It’s almost time for the big 2.0 update of the game, so keep on enjoying and playing Genshin Impact!