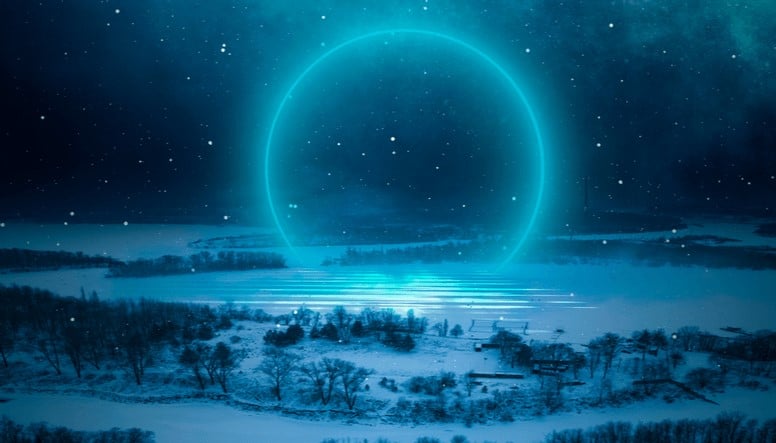 Lost Ark has been released for several days now, and a lot of people are still figuring out how some of the game’s features work and what classes they should take. The Korean MMO ARPG had been generating a lot of hype for months before its official release. As thousands of gamers try to log in to the game every day, Smilegate’s MMO has become the second most played game in Steam’s history. As more people dive into the game, many are finding out that the game is PvE heavy and that they’ll need to grind solo for some time. The game has no shortage of players who are playing by themselves, either because they don’t have enough friends (we’re not judging) or they just prefer it. This is a guide for those players: the absolute best classes for solo gaming on Lost Ark NA.

Lost Ark is a Korean ARP developed by Smilegate. The MMO ARPG’s main setting is in the fictional chaotic world of Arkesia. The main story occurs as the demon lord Kazeros is set to break free of his chain and escape his centuries-long imprisonment in his volcanic prison. Players take on the role of adventurers who are tasked with the quest to look for the seven mystical Lost Ark. The Arks are seven relics used by people called the Sidereal in order to defeat and seal off Kazeros in a volcano. The gamers’ objective is to locate and recover all seven Arks in order to defeat the demon lord’s horde before he breaks free of his bonds.

Lost Ark features unique and extensive gameplay is sure to delight players. The game is very popular for its gorgeous and amazing graphics, visuals, and character designs. There are a lot of things that players can do in the game such as raiding dungeons, progressing the main story, sailing, PvP or Arena content, and gathering collectibles. With so many activities to do in the game, adventurers never run out of things to do in the vast world of Arkesia.

Why Do People Want to Play the Game Solo?

Though the Korean ARPG is well-known for its party-oriented content like Guardian Raids and Chaos Dungeon, the game also features several solo-oriented contents like exploration, questing, trade skills, and gathering collectibles. Exploration refers to the sea sailing and land exploration activities that gamers will engage in in order to discover new areas in their quest to find the Lost Arks. Quest activities can be main storyline missions that progress the lore of the story or side quests that provide decent experience points for players.

Quests are mainly single-player-oriented activities that are the main source of experience points for the players’ Combat Levels. For players who are looking to keep leveling their character beyond rank 50, then they will be engaging in hundreds of hours doing main quests, side quests, and daily missions. Though parts of these quests can be done with other party members, questing is mainly a feature that players tend to do alone. In order to be efficient in exp grinding, gamers will have to make sure that their characters are optimized for solo gaming and PvE scenarios.

Chaos Dungeons and Guardian Raids are mainly party-oriented scenarios where players will have to team up in order to clear out difficult mobs and strong bosses. However, these features can also be played alone, which some people prefer since these raids increase in difficulty depending on the party size. Several classes can clear dungeons and guardian bosses on their own more effectively than others, so players are wondering which Lost Ark classes would be more optimal for a solo-gaming experience.

The game has five beginner or primary classes that will decide the stats of the players’ characters. Gamers will then have to choose the advanced classes of their characters as soon as they launch their characters in the game. Each class will dictate the type of gameplay adventurers will adhere to it is best to pick classes that fit their playstyle. Here are the current beginner and advanced classes of the game:

Which Are the Best Lost Ark Solo Classes in the Game?

The best thing about Lost Ark is its flexibility regarding party-oriented activities. Though the game recommends that players try out hard features like World Bosses, Chaos Dungeons, and Guardian Raids with other people, they are willing to cut some slack for gamers who choose to play the game alone. Smilegate has tailored party activities like raids and dungeons to increase in difficulty depending on the number of people in the party. This means that if gamers go to dungeons alone, the mobs and bosses will be set to the easiest difficulty level compared to a full-size party which will scale the difficulty to harder levels.

For adventurers who are aiming to play the game alone, they should pick a class that will fit their playstyle. Every class in Lost Ark can be played solo as long as their skills, items, and ability rotations are optimized for this kind of gameplay. However, there are some classes that are just more effective and efficient than other classes in terms of solo PvE content. Here are some of the best classes for taking on the game alone:

Berserkers are considered as one of the best solo PvE classes if not the actual best class. There are several things why this class is an excellent PvE class when playing alone. Berserkers have:

Out of all the three advanced warrior classes, Berserkers dish out the most damage making it easier for them to clear out mobs. Unlike the other two’s sustain and tanking abilities, this class relies more on debuffs and damage during dungeon crawls. They are durable enough to survive hordes of enemies and strong enough to make quick work of opponents.

Though every Warrior class is great as solo classes, each advanced class will have different perks that make them good solo characters. For paladins, it is their ability to sustain themselves during fights. They have:

Paladins tend to clear mobs slower and defeat guardians at a much slower pace compared to Berserkers. However, they make up for that reduced clearing speed by making sure that they survive the encounters. The best way to optimize a Paladin’s skills is to add effects that will either provide buffs like Swift Fingers or debuffs or ignore defense runes for enemies like Weak Point Detection.

Gunlancers are considered the main tanks of the game. Though there are many other classes that can also tank decently for a party, nothing compares to a Gunlancer frontline. People tend to dismiss this class from solo PvE content since they are designed to only soak up damage. However, this aspect also makes this class a great solo PvE character. Gunlancers have:

Though Gunlancers have some of the slowest attacks in the game, players can bypass this issue with the help of runes for their skills. By activating effects that augment the abilities’ Swiftness and Critical hits, gamers can greatly increase the clearing speed and damage dealing of this class.

Out of all the Martial Artist classes in the game, Scrapper is the most durable. Their durability and high DPS damage make them one of the best PvE solo grinders in the game. Wielding their heavy gauntlets, Scrappers are one of the go-to jobs for players who are looking to focus quickly swap between solo playing and party activities without changing too many skill presets. Scrappers have:

The Scrapper’s skills are very straight forward making it easy for players to make good combinations and skill rotations without any technical difficulty. Along with its durability, this class can also cast impairment abilities against mobs and bosses that ensure enough breathing space to avoid any serious danger. Having super armor abilities also makes sure that Scrappers won’t have to worry about getting stunned or knocked down half of the time.

Though these classes belong to different beginner classes, they are essentially the same in their gameplay. While Deathblades are melee characters and Gunslingers are mid-to-long range characters, both of these classes rely so much on the following aspects:

Both Gunslinger and Deathblades have minimal or little durability making them vulnerable to enemy damage. However, their high mobility ensures that they can move quickly enough to avoid receiving damage while attacking at the same time. What they lack in defense, they make up with overwhelming offense. Using these classes in hardcore solo PvE is not ideal for casual and beginner players because the skill needed to play these characters is high. However, for technically skilled or hardcore gamers who have excellent game sense, this class can make quick work of mobs and bosses with ease.

It should be noted that any class can be played in solo gaming as long as they are optimized for that kind of playstyle. This will require gamers to understand their characters’ kits and their skill runes in order to make the right decisions for their build. Whatever the case, the most important thing to consider is that adventurers should enjoy the playstyle of their chosen characters so that they don’t burn out in engaging in the game’s many activities.