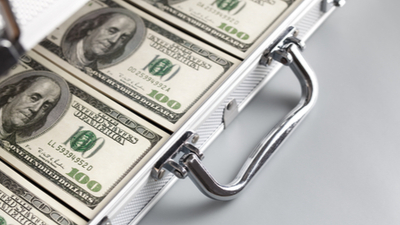 With just a single announcement, the Sony fanboys abruptly stopped looking down on the Xbox brand. So, what was it about? It’s nothing big, just Microsoft buying game giant Bethesda for a whopping $ 7.5 billion. What does this new age of Microsoft Bethesda partnership mean for games like Elder Scrolls and Fallout? A lot. And quite frankly, the implications go beyond that.

Before we speculate what it means, we have to first cool our heads and bring up what it won’t bring about. We’re talking about the dreaded sky-is-falling prediction Redditors have been touting: total exclusivity. Microsoft has no plans of tying Bethesda down to its systems. Other than 343 Studios (Halo) and The Coalition (Gears of War), the studios under the software colossus’s belt—Ninja Theory (DMC: Devil May Cry and Hellblade: Senua’s Sacrifice), Obsidian Studios (The Outer Worlds, South Park: The Stick of Truth), and Rare (Sea of Thieves), just to name a few–aren’t forced to make exclusives.

Plus, despite a Microsoft-Bethesda exclusive (Elder Scrolls III: Morrowind) in the past, the industry’s landscape has changed too much for the partnership to repeat history. At most, they’ll be timed exclusives, the same way Final Fantasy XV is to the PS4. This means they’ll only be for the PC and Xbox One/Series X for a certain period of time, usually a year, and then they will be released onto other platforms.

Even then, it’s also unlikely for Bethesda to agree to go this route in the first place, as they have been enjoying critical and financial multiplatform success for many years now. If they change this business model now, it would mean less money and exposure for them as a company. After all, games sell the most at release. Even when they’ll finally be released in the PS5 or Nintendo’s next-gen console, they won’t be as hot than when they were out for the first time ever, as many other titles would have been released since then.

Trust us; Todd Howard’s not going to like it if he can’t sell you Skyrim thrice on the next gen!

How is Xbox Game Pass Connected in all of This?

If exclusivity is not Microsoft’s endgame, then what is? Two words: Game Pass. With this approach, Microsoft benefits from Bethesda while the studio doesn’t lose out on potential profit. They’ll still be selling PS5 and next-gen Nintendo gamers that Elder Scrolls VI or Fallout 5, but it will cost them $60. That’s definitely not a bad deal because that’s just them paying for a game at regular price upon release, but those with the Game Pass get to play them on day one for no additional cost.

So, if you like Bethesda’s games and want to get much value for your hard-earned money, you’ll definitely be considering Xbox Series X as heavily as you would a PS5, or perhaps even more. In fact, Microsoft isn’t even waiting for the next gen to entice gamers, as they’re already adding Doom Eternal, which came out only months ago, to the Xbox Game Pass. Bethesda is a hotrod, and Microsoft is driving it at top speed right out of the dealership.

What Does the Microsoft Bethesda Union Mean for Bethesda’s Titles?

For games, the biggest question is how it will affect the various IPs under Bethesda. There is much speculation on what’s going to happen, but Elder Scrolls and Doom fans can rest assured that their franchises will continue to be in good hands. In fact, Elder Scrolls Online even swiftly addressed this concern, saying that the purchase will not affect the game negatively, even adding that it would perhaps even improve the game.

Much like what Zenimax Online Studios has said of ESO, game development will continue as they are for Bethesda games. Given the studio’s track record of solid games and Microsoft’s non-interference, it’s a good thing. Perhaps Bethesda will even get better, and under Microsoft, they won’t have the same gaffe as they did with Fallout 76!

Speaking of Fallout, its fans have had the biggest field day because of the news. Why? Because Obsidian and Bethesda have been reunited under one roof. Funny memes that compare the two to exes forced to live together again aside, the most hopeful speculation out of this rather strange situation is the possibility of Fallout: New Vegas 2. Will the acquisition allow Obsidian to have the chance to work on the post-apocalyptic franchise again and give birth to a sequel of the cult classic? Only time will tell.

For better or worse, the gaming industry has changed, and it has affected how mega-corporations with game studios make good use of the studios under their wing. Now, with the next gen on the horizon, we’re going to see how Microsoft and Bethesda will scratch each other’s backs.