Food From Popular Video Games to Try in Real Life 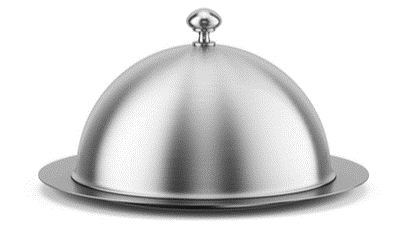 Video Game Dishes You can Cook at Home

Disclaimer: the author is not a professional chef and has not tried these recipes (yet)

Food is one of the best things in life, and we need it to survive. While video game characters don’t exactly need food to live (except in some game modes), it’s is still an important item. Some of them will give buffs and others will recover the character’s health, mana, or some other stat.

That said, have you ever read the description of an in-game dish and wanted to try it for yourself? I certainly have, and here are the top video game foods that I want to make and taste.

Undertale is one of the best games I’ve ever played, and Toriel’s Butterscotch Cinnamon Pie is the most iconic food in it. I didn’t have the heart to do a Genocide run, so I completed it once and left the game alone. I did watch streams and videos of the other ending, though.

I know that the first two chapters of Deltarune are out, but it didn’t give me the warm fuzzies Undertale did. It’s a whole different world, after all, and even if they are the same characters they’re also different in small ways. Still, Toriel cooking Butterscotch Cinnamon Pies remain in the two games, and Kris loves it like their counterpart in Undertale.

In Undertale, Butterscotch Cinnamon Pie is the best healing food. It heals your HP to full, no matter how high it is. It also has other effects in certain battles, making it a valuable item. The only problem is you only get one slice. Well, with this recipe, we can make our own and have the whole pie! The recipe looks pretty simple too, so that’s a plus. Since Kris ate the whole pie in Deltarune, there isn’t a way to get a slice yet (there might be in future chapters).

Genshin Impact may only be a year old or so, but you can’t deny that it’s dominating the gaming world. It already has some rewards under its belt; gorgeous graphics, interesting characters, and an in-depth combat system just suck players into the world of Teyvat.

It even has a cooking system! That’s how you recover HP without having to go back to the Statues of the Seven. Other foods can buff your characters’ attack, defense, and reduce stamina consumption or recover it. There are currently 104 recipes you can obtain in-game.

More than that, each character (except one) has a specialty dish. Using them to cook their specialty has a chance to produce that character’s version of the recipe. The resulting food has a different name and boosted effects than the other delicious variations.

The recipe Golden Shrimp Balls is one cookable food in the game. It revives a fallen character and restores 1,200HP (normal), 1,500HP (delicious), or 900HP (suspicious). I chose this because it seems the be the cheapest of the more complex dishes (in-game it’s Shrimp, Potato, and Flour). No character also has this as a specialty, but it is Keqing’s favorite food.

Of course, actually making it with this real-life recipe is harder than just stopping a bar at the correct position. Still, doesn’t it look tasty?

The Pokemon franchise is one game series I grew up with. There are many adorable creatures to collect, and I love the sense of adventure it gives. Now, there are eight generations of Pokemon and the games (and animes) have featured various foods that look sumptuous.

An embarrassing fact: I didn’t know malasadas were an actual food in real life before writing this article. I thought they were fictional food. In my defense, I had more things to think about while playing Pokemon Sun (I was in college at the time, after all).

It was a toss-up between these and PokePuffs from the previous generation. That’s because the 3DS games were my favorite. I love the Gen 3 remakes too, but Pokeblocks and Poke Puffs don’t have as many variations as malasadas.

In-game, it raises the affection of the Pokemon you feed it to. It raises affection by 10 if they like the flavor, 5 if neutral, and 3 if it’s disliked. There’s also a rare flavor of malasada in the game, the Mythic Malasada, which only appears for a week every month.

Sure there are like five or six variations of malasadas in-game. However, in real life, you can make the dough and then customize the toppings or fillings for it. Here’s a recipe for Cinnamon-Sugar Malasadas, but even having them with just sugar can be enough. It’s also versatile enough that you can make your own variation of it.

I love Fire Emblem: Three Houses so much; I managed to play through all the routes (except Silver Snow). The pair-up mechanics were different from Awakening which took a bit of adjustment, but it’s nonetheless a great tactical RPG game. Eating with the students is also a nice, slice-of-life touch which lets you get to know them better.

There are so many dishes on Garreg March’s menu, but the one that caught my attention was the Gautier Cheese Gratin. My family (I’m not excluded in that) loves cheese and this seems to be a great, cheesy dish. I guess I’d agree with all the characters that like this dish, at least in tasty food. If I were in Byleth’s place, I’d get along with those characters, especially Dimitri (he’s my favorite).

There’s a problem, though, since nobody quite agrees what a ‘Noa Fruit’ would be in real life. There are recipes that called for apples, but there are also others that used a type of squash or apricots. At any rate, this one will have to be experimented with a bit to find out what works. I’ll figure it out, eventually.

Yes, I know this is the second Genshin Impact recipe to be on the list. It’s here because this dish is based on the real-life ‘Buddha Jumps Over the Wall’ (or Buddha’s Temptation), and its ingredients are so expensive. It used to be made with shark’s fins until questions arose about the ingredient’s sustainability. Since then, there have been variations that omit it.

It’s named as such because it purportedly can cause vegetarian monks to partake of this meaty dish. Even Gautama Buddha would jump over a wall to have a taste. It sparks curiosity for those who haven’t tasted it, because how delicious can it be to convince even the most devoted to break their diet?

In the game, it has the honor of being the only 5-star dish. Fittingly, its ingredients are also pretty expensive, being Ham, Shrimp, Crabs, and Matsutake. Ham is a processed food from Meat and Salt, Shrimp may be bought from vendors, Crabs (before an update) and Matsutake can only be harvested.

After an update, you can now buy Crabs from Chef Mao for 240 Mora. You can also buy Ham from some vendors, but it costs 630 Mora. Shrimp is 120-150 Mora each, depending on the vendor. The in-game recipe calls for 4 Ham, 3 Crabs, and 3 Shrimp (plus 3 Matsutake) which is 3600 Mora for each serving of Adeptus Temptation. If you bought the more expensive shrimp, it becomes 3690 Mora. It can be a little bit cheaper due to the discount you get by raising your reputation, but not by much.

Also, this is a dish I want to taste, though I probably won’t be cooking it. This recipe took the poster 10 hours to prepare and cook, making it too complex. Besides that, it’d be a waste to botch a step halfway through cooking it, and I’m not that confident (or patient). There’s also an official recipe miHoYo posted for the Chinese New Year, though the page is in Chinese.

Which Video Game Food Recipe Do You Want to Taste?

This is all my opinion, after all. I know that people can have different preferences. These are just the ones I would want to make myself, or at least to taste, in the case of Adeptus Temptation. A dish from FFXV would’ve been included here, but I hated the ending to the game. Also, I just borrowed the game from a friend, and buying the DLC for it felt like a waste to me.

Besides that, Portal’s cake was a lie, and another sad fact is I haven’t played FFXIV. So many players have recreated the latter game’s dishes, but I don’t have an attachment to those. I could add more later when I discover more video game food recipes and play more games.

For now, these are the ones that I would like to try first. Good food makes life better, and some games have some tasty ideas to try. I certainly haven’t played every game that exists, so you might know a good recipe to try that I didn’t list.