The Biggest Controversies That Shook the Video Game Industry 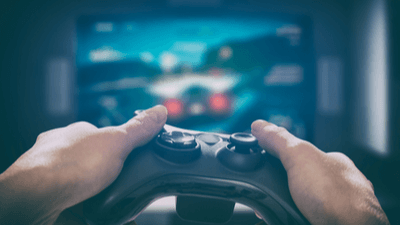 The Biggest Controversies That Shook the Video Game Industry

Just like the showbiz industry, the video game industry has seen its fair share of contention over the years. It’s unfortunate, and maybe even mind-boggling to some, but not everything in the world of video games is simple. Ever since video gaming became mainstream, small-time companies have transformed into giant conglomerates that employ thousands of people and make billions of dollars. At a scale that grand, something’s bound to make waves that’ll upset the public, one way or another. Back then, it was simply a matter of people outside the gaming world looking in and not liking what they see. These days, however, video game controversy and outrages usually come from publishers doing something to upset their fanbase. These moments, at times, can turn out to be nothing, but they can also cost millions of dollars and deal a major blow to their reputation.

I’m sure it’s not a surprise to many to see Cyberpunk 2077 on this list in some way or form. No game was as big of a disappointment for the last generation as this game. Announced even before the eighth generation of consoles had even come out, there was a lot of hype building up for Cyberpunk 2077. It was going to be made by CD Projekt Red, after all – the “good guys” in the video game scene that made The Witcher games! How bad could it possibly be, right? Well, when it was released in 2020, everything about it just felt unfinished and rushed despite such a long development cycle.

It didn’t deliver its promises about the gameplay, not to mention there were plenty of other issues. Cyberpunk 2077 crashed frequently to the point that it led to most online stores offering refunds. Heck, Sony was so annoyed by having to offer refunds to thousands of players that they just decided to take the game off the store for a time. Cyberpunk 2077’s launch altogether was a rotten situation on all sides, and it’s been a year since its release. The game now has fewer bugs, but it feels like it’s in Early Access – a far cry from what CD Projekt Red envisioned and advertised to the public.

As of January 2022, Activision Blizzard has fired 37 employees for workplace misconduct since July 2021 and disciplined 44 others in an attempt to fix the situation internally. According to the Wall Street Journal, head honcho Bobby Kotick has been adamant that he can fix the internal issues at the company despite reportedly knowing about the situation for years. Until the man who’s known to have looked the other way when being informed about the abuses is still here, it’s hard to imagine the culture of Activision Blizzard actually changing with him still running the company.

Expectations were through the roof for fans present in Blizzard’s annual BlizzCon in 2018. Much to their dismay though, all they got was Diablo Immortal, a mobile title. Fans were dissatisfied and gutted about the announcement – it even led to one of the attendants asking the developers who were present if it was some sort of late April Fool’s joke.

When asked if the game would be on PC to which Blizzard answered with a flat “no”, the crowd immediately booed. The game designer for Diablo Immortal got miffed at the situation, leading him to create one of the most unintentionally funny moments in gaming history. He asked, “Do you guys not have any phones?”. Yep, that really happened.

These are just some of the most infamous examples that happened in the industry over the years. Given the context of those that I’ve talked about, in a way, it reminds us that there’s still a lot of work left to do to make it a better place. 2021 was such a turbulent year, and I wouldn’t be surprised if the world of video games continues to be littered with controversies in 2022.