The Psychology of Game Design 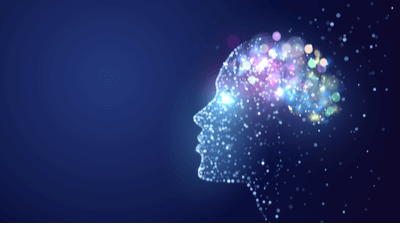 A Look Into Some Games’ Design Choices

Have you ever wondered how Resident Evil 7 and 8 are so successful? Why are some games played in the first-person perspective and why are others in the third person? Those are all questions about game design, and the answer lies in the design choices developers make. Let’s look at some of the decisions they make.

This isn’t about just these two perspectives, but how players see and interact with the game’s world. Other than those two modes, there are also top-down, card battling games, and text-only games. The choice between these perspectives boils down to one factor: player immersion.

There could be other factors such as the developer’s programming ability or the limitations of the engine. Whatever the reason for it, a player will feel more immersed in a game from the first-person perspective than other perspectives. It’s one of the main draws of VR gaming right now, making you feel like you’re right there in the game’s world.

While the third-person perspective is less immersive, it has some advantages over the first-person. For instance, you can see your character, making it easier to judge distances and dodge attacks. In first-person, your field of view is limited to what’s in front of the character. That makes it easy for enemies to sneak up behind the player. This is still possible in the third person, but less so.

There’s also the factor of seeing your customized avatar in the game. It would be a shame to customize an avatar, and you’re not the one who’s going to see it. Some first-person games show the avatar in cutscenes, which is a consolation.

Other than the player’s immersion, some perspectives are used to hide things about the character you’re playing as. They may end up being a whole other character, or hide their true nature. One good example is Virtue’s Last Reward. You play as Sigma, who got caught up in this bizarre escape room with 8 other people. The game is played in the first-person perspective and in a visual novel format, aside from the ‘investigation’ parts of the game. Even in the graphics or scenes that elaborate on a situation, the game deliberately avoids showing anything other than his arms until he discovers it himself. He’s actually his younger consciousness trapped in his 67-year-old body. It’s not the biggest twist of the game, but it certainly explains the reactions of the other players.

Overall, some games offer different perspectives depending on player preferences or other factors. It all depends on the game they want to create.

Color influences a game’s atmosphere as much as its environment does. Horror games use this to great effect with the contrast of light and darkness. Some games with a cheery veneer sometimes get less saturated colors as the player dives deep into a mystery. Games can use color to symbolize a character as well, usually used in couch multiplayer or co-op games. An example is Among Us, with additional accessories players can use further differentiate themselves.

There’s also the art style to think about (or how the game presents the text for text-only games). A more cartoony style attracts younger players, while realistic graphics attract older ones. It’s not a mutually exclusive thing, though. In the case of Pokemon, even with its cartoony graphics, a big group of older players would still play it.

Colors can be used to evoke certain feelings or emotions in the player. Red can be a range of things such as ‘stop’, blood signifying ‘danger’, or to indicate low health. Often it also means enemies, especially on in-game maps. Green is ‘go’, a healing item (though this can also be red), or a toxic area. Context is also an important factor as it provides clarity/meaning to the color through icons or conditioning. That’s why the environments of most horror games usually have very little pops of color and are mostly in the dark. Then again, it depends on the kind it is, as psychological thrillers employ different tactics to deliver scares.

Other games use colors for other things such as indicating which environmental objects can be interacted with. Parkour-focused games make use of this to signal to the player where to start or where they can climb. Mirror’s Edge and its sequel highlights interactable objects as red, indicating where the player can or should go.

Horizon Zero Dawn has climbable handholds in yellow as well. Aloy’s Focus also highlights some collectibles or even enemies and their patrol routes. Other similar features from other games are Geralt’s Witcher Sense or Genshin Impact’s Elemental Sight.

Whether to call the player’s attention to it or to set the mood, colors and graphics are important factors to think about.

Along with the graphics, sounds and music have a hand in creating the atmosphere of the game. From happy celebrations to the saddest moments, music sells emotions when done right. Notable examples of good game OSTs are Bastion, Transistor, and Crypt of the Necrodancer. It’s even more important for the latter because its gameplay relies on matching actions to the beat. Another good example is the Persona franchise. Their jazzy OSTs match the mood of the game. It’s somber for the most part in Persona 3, as its theme is death or humanity’s mortality. Meanwhile,