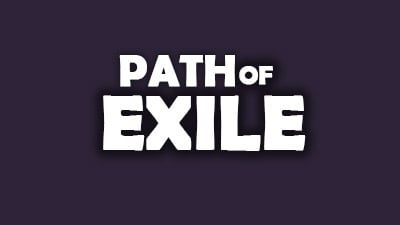 It’s impressive how Path of Exile, an indie game, has managed to have the same level of look, feel, and play similar to its AAA-game counterpart Diablo III. The game has a unique edge over its Blizzard’s nightmarish, top-down, hack-and-slash, dungeon crawler RPG counterpart, which is the perfect reason for those with a POE account to return to Wraeclast. Named as the Fall of Oriath, this will add more enemies to fight, greater items to obtain, and more secrets to uncover (as if the game doesn’t have enough awesome things as it does now).

Rather than focusing on end-game content, the Fall of Oriath expands the game’s story, with Acts Five to Ten as additions. Players have the chance (mission) to visit the Oriath, the land where the exiles were thrown out of so that the exiles can finally have their desserts.

Players won’t have to wait for a longtime to set foot on this island that is under theocratic rule, as it’s the focus of Act Five. The form of government is a literal one, as deities serve as Oriath’s rulers. Players go against them with the first one within an hour. It’s far from the most impressive things the expansion has to offer, and it’s one of the twenty-four new bosses in the game, which are gods, mostly.

Gods play a big part in the continuation of Path of Exile’s story because there will be a new addition to the game that is related to Oriath’s deities: the Pantheon System. Players can earn and equip a buff for every god that they kill. To add to the sense of achievement and awe for slaying divinity, the interface for this system has a classical-inspired mural that depicts the gods.

Once Act Five is complete, players return to Wraeclast for Acts Six through Ten. However, it isn’t going to be the same Wraeclast. Rather than a new randomly generated map layout, there are new paths in familiar places, including new bosses. The reason is because of the changes to Wraeclast brought by events in Act One through Four. Also, there’s a necessity to open new trails to continue the epic story.

A good illustration is the Fetid Pool in Act 1 and 6. Despite featuring the same map, the latter’s version of it is different, as the once-poisoned bog has turned into a lush forest since you’ve already taken down the boss that’s been polluting it. On the other hand, don’t assume that forest’s flourishing is a good omen, as a new boss has already replaced the one you took out. Even though things seem to have changed, they remain shady, seedy, and the same.

Fall of Oriath will bring Path of Exile version 3.0.0, and along with it the tweaking certain gameplay mechanics. Double-dipping, for example, is a particular element that allows players to deal twice the damage against enemies using a single source. It becomes removable not only to balance things out but to push players to have different builds.

With the continuation of the game’s intriguing tale, as well as massive additions and changes to the game world and mechanics, Fall of Oriath is an expansion exiles should be excited to explore. You better be ready and start Path of Exile Power Leveling and racking up POE items. The new edition is coming soon, folks!