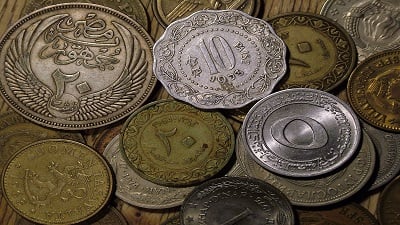 The word corruption doesn’t have a pleasant definition, except when you’re a Path of Exile (POE) player. For some strange or rather good reason, corruption in Wraeclast can be a good thing if done right. The question is, how do items in the game become corrupted? Simple: with Vaal Orbs. Let’s dive into this Path of Exile Currency Guide!

The Effect of Vaal Orbs

One of POE’s currencies is the Vaal Orb. You can earn them by killing monsters, opening chests, Arcanist’s strongboxes, and destructible containers. Vaal Orbs are available through the vendor recipe system, where players have to give vendors a semi-specific set of items in exchange for another. For Vaal Orbs, it’s Vaal skill gems and one Sacrifice Vaal Fragment for one Vaal Orb. Lastly, Divination Cards are tradable for Vaal Orbs in the following way:

Although there are no two orbs that have the same effect, Vaal Orbs are unique. Unlike other orbs, whose items they modify can be modified once more by another orb, the Vaal Orb “corrupts” the item it alters. It means that the item isn’t customizable afterward. With this special effect, it’s essential for players who are using Vaal Orbs to choose wisely which items they’re going to use it on because it could either make it better or worse.

What to Use Vaal Orbs

So, how do you use Vaal Orbs? Well, if you want to play it safe, choose not to use it and sell it instead. You could earn currencies in exchange, and you don’t risk losing anything.

For starters, you can use it on items that you don’t mind losing. A good example is cheap but unique items that have useful modifiers but aren’t your primary gear. It’s not recommended to use it on the latter because of the unpredictable and unchangeable result of the Vaal Orb. One wrong outcome can make it unusable. That’s why a lot of players, especially rich ones, prefer to stock up on lots of items first before using Vaal Orbs since they have a chance to gain significant items in a single sitting.

Another use of the Vaal Orb is with the strongboxes. By doing this, players get a chance to gain rare corrupted items after killing the monsters inside of it.

A popular use of Vaal Orbs, however, is in converting skill gems to Vaal skill gems. Unlike their regular counterpart, they have a soul counter and require a certain number of souls before you can utilize them. For example, the Vaal Glacial Hammer can have up to 24 soul counters and spends 1 soul counter every time the skill is in action.

To charge these soul counters, players have to kill monsters. The Vaal skill gem whose soul counter gets charged is at random, so if you have more than one Vaal skill gem socketed, so you’ll have to take note which ones get charged. Besides, the charges return to zero when you move to another map and gain more max charges as you progress in the story. Completing Act 5 increases the max charges by 150% while completing Act 10 increases the max charges by 200%.

While Vaal skill gems are more powerful than their default iterations, it’s more difficult to get quality Vaal skill gems, as you cannot use a Gemcutter’s Prism on them. To get around this problem, some players find quality skill gems first before corrupting them.

Despite seeming completely useless for beginning players, Vaal Orbs are sought after, and for good reason. So, are you looking for one? If not, you better be because it’s worth it.