Path of Exile Currency Guide 4: Orbs for Changing and Duplicating 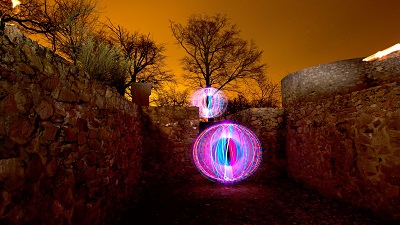 Nothing is permanent, especially for mods on gears, which can change with the use of Orbs in Path of Exile. With these items, which are considered currency, players can change their gears’ mods according to their needs.

We’ve already covered quite a handful of Orbs in past posts (guides one through there). Now, we’re going to talk about more because there are still so many of them. All right, let’s get down with this Path of Exile Currency Guide.

Since we’ve discussed the Exalted Orb in part two, which changes an item’s rarity from Magic to Rare, we haven’t talked about other Orbs, which change items’ rarities.

Anyhow, the point is that with these orbs, you can choose to keep Normal items that have good attributes or cool-looking ones because you can upgrade and use them later with the use of these orbs. Also, aside from Exalted Orbs, other Orbs affect modifiers.

Orb of Augmentation and Orb of Alteration, which respectively adds and randomly rerolls mods of Magic items. Since Magic items are nowhere near as good as Rare items, they’re still worth using, especially by starting players. For players who outgrow Magic gear, there’s the Regal Orb that you can use to turn a Magic item into a Rare one.

Seeing and Getting Double

On the other hand, if you need Orbs that replicate and restore, there’s the Mirror of Kalandria and Eternal Orb.

The Mirror of Kalandria is the rarest currency in the game. Even though you can get it by regular means, it’s difficult, and the easiest way to get one is by trading two Exalted Orbs, five Regal Orbs, or one Divine Orb. Also, five Emperor’s Luck can be exchanged for five Mirrors, and nine House of Mirrors for one.

However, the Eternal Orb also creates a duplicate, but you use it for another reason. Unlike the Mirror of Kalandria, the duplicate it produces is called an imprint to restore the item it’s been copied from to the same state as that of the imprint. This is useful for players who are crafting, especially those who have already found or crafted a particular gear with their desired mods. Players can always bring back a gear to the way it was before it got unwanted mods. Unfortunately, Eternal Orbs no longer drop in the game, so they’re expensive.

Well, there are quite a handful of Orbs we haven’t covered. It’s important that we do to help you with your crafting needs, so next time stay tuned for part 5.