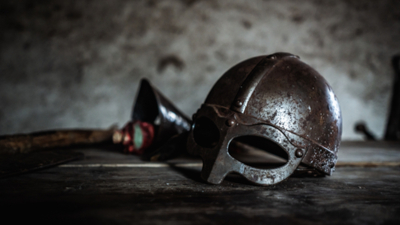 Path of Exile’s newest league, Harvest, has introduced so many new ways to create the best items that most players have ever had. Personally I’m wearing gear I could only have imagined in the past, and I’m a player with multiple Mirrors. The gear potential this league is absolutely absurd, but it takes a bit of getting used to. In order to help you achieve the best gear you’ve seen, we present to you our PoE Harvest Crafting Guide!

Right off the bat you need to understand what types of crafts we’re working with to properly understand PoE Harvest Crafting. There are three core ways for you to create items with the new Harvest crafts.

First, and most basic, there is Reforge. The crafts that begin with the word ‘Reforge’ will take an item and completely reroll it, guaranteeing one particular modifier. This can be a good starting place for items, and in a few cases can guarantee a modifier as a starting place. But at the fundamental level, this is just chaos spamming, and not where we’ll be going to make our GG items.

The other two methods are Remove and Augment.

Remove, as it implies, is an Orb of Annulment. However, unlike proper Orbs of Annulment, which take completely at random, the Harvest crafts will target a specific type of modifier, allowing you to have targeted removal. For example, you will get a craft that reads “Remove a random fire modifier from an item”. This can be used to remove Fire Resist, Fire Damage, Fire Damage Leeched as Life, etcetera. They recently added a way to see what attributes apply to each modifier, so hold alt over your items with Advanced Mod Descriptions turned on, and you can check out for yourself how you could remove each modifier on your gear.

Augment is probably the strongest of all the crafts, and is, as its name implies, an Exalted Orb. But once again, it’s not a random Exalt, it will target a specific type of craft. Instead of just adding a random modifier, you can add a random Life modifier, or Fire, or a handful of others. This is extremely powerful, but takes some knowledge to use it properly. More on that later.

Although I said there are only three, there’s one other craft that is important, and it is a combination of Remove/Augment. It will take off a mod of a certain type, then add back a mod of a certain type. This comes in two forms. There’s the basic one that Removes a Fire Mod, Adds a Fire Mod, and is extremely useful. There’s also Remove Non-Fire Mod, Add Fire Mod. This one is significantly less useful, but does have its niche.

What Can I Craft in PoE Harvest?

Now that you know what kinds of crafting exist, you’re probably wondering what you can do with it. This is where we get into isolating modifiers. This comes about in two ways. First, an item can only have a maximum of three prefixes or suffixes. So if you want a specific life modifier that happens to be a suffix, but there are a bunch of life modifiers that are prefixes, you can ‘block’ the prefixes by crafting up to the maximum number of prefixes, then your augment is guaranteed to hit a suffix.

For example, if you have a Vaal Regalia and you really want to craft “Regenerate #% of Energy Shield per second”, you can go to sites such as poedb.tw and see that it has the ‘Defense’ tag and is a suffix. This means that you can craft it onto your item as long as you have at least one open suffix, and are using an ‘Augment Defense’ craft. However, there are also a bunch of prefixes that have the ‘Defense’ tag. So what we do is make sure that the item has three prefixes before crafting. Then when we use Augment Defense, it guarantees us to get the modifier we want, because Regenerate #% Energy Shield is the only suffix with the defense tag for a non-influenced Vaal Regalia.

There are many many instances of this, and by spending time understanding the tags that each modifier has, you can create incredibly good gear.

That’s Confusing, Where Can I Start PoE Harvest Crafting?

You’re right! PoE Harvest Crafting is incredibly in-depth and can be very overwhelming. So we have an easy place for you to start. If you’ve been playing Path of Exile for any length of time, you’ll know the power of the “You have Tailwind if you have dealt a Critical Strike recently” modifier on boots. Well here’s a secret, if you have a pair of Hunter boots, item level 75 or higher, the Tailwind modifier is the only modifier that has the ‘Critical’ tag. That means that not only can it be Augmented on, guaranteed, but you can also guarantee Tailwind every time you use a Reforge that gives at least one Critical modifier.

If you’re just starting out with Harvest crafting, we highly suggest you buy a cheap pair of Hunter boots and reforge them with the Critical modifier to see what you get and guarantee yourself Tailwind. If you’re looking for something a bit better, buy yourself a pair of item level 86 Two-Tone boots, roll them until you have 35% movement speed and mods that can be removed, and Augment on Critical to guarantee 35% movement speed + Tailwind boots. From there you can augment on life, resistances, pretty much anything you want. Personally I’ve used this method to create 35% movement speed, Tailwind, 100% resistance, 89 life, Cannot be Frozen boots. And it wasn’t even difficult if you follow the method we just explained!

PoE Harvest Crafting has opened up an entirely new world of crafting to Path of Exile. We’re seeing more broken gear than we’ve ever seen before, and average players are able to hold onto what was previously considered mirror-tier gear. If you’re someone who enjoys crafting, or enjoys Solo-Self Found, this is absolutely the league for you. Check out what you can build and go craft yourself the best gear you’ve ever seen!