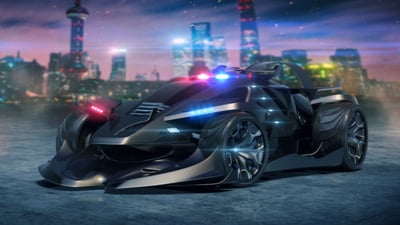 Psyonix and Epic Games have joined forces to give us what’s gotta be one of the coolest sounding videogame crossovers this year – Fortnite x Rocket League. Celebrating Rocket League‘s free-to-play debut update on the Epic Games Store, coming on September 23rd, Rocket League and Fortnite will be coming together through a crossover event called Llama-Rama.

Llama-Rama itself will kick-off on September 26th, and will be live on all platforms for which Rocket League is available. What’s more, the Llama-Rama Fortnite x Rocket League event will be following Act 3 of Fortnite’s Spotlight concert series during which Slushii will be gracing the Party Royale Main Stage with a brand new, unreleased, single.

Also be sure to check out our Rocket League tips to find out how you can get competitive and complete these themed challenges fast!

Remember: the challenges need to be completed in Rocket League.

Here’s a breakdown of the challenges and the unlockable themed rewards for each game:

Challenge 3: Top of the World

It’s great to see Rocket League cooperating with a game as huge and Fortnite. With a number of fun rewards to look forward to completing, we cannot wait for the event to drop! We’re also hoping that the Llama-Rama event, alongside the move to free-to-play brings about a boost in Rocket League’s numbers and popularity.