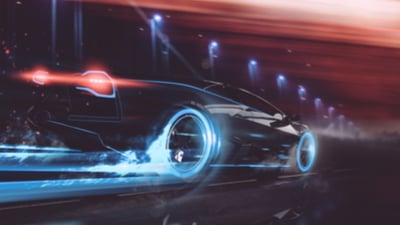 Rocket League, the fast-paced & gravity-defying release from Psyonix, has been around for five years now. But don’t let its half-a-decade-long existence fool you—it’s as relevant today as it was when it first started making waves in the gaming scene. Combining all the best elements of soccer and full-blown vehicular mayhem, it’s the kind of game that’s easy to pick up yet hard to excel at and master. So if you’ve ever wondered how you can kick the competition in the backside, here are our essential Rocket League tips on how to get better at Rocket League.

4 Tips to Get Better at Rocket League

Physics, timing, and uber-tight competition—all these come into play and can make it rather difficult to earn oh-so-elusive wins. But with the right approach, it is possible to start a winning streak and maintain it consistently in this otherwise ultra-competitive game.

Take notes, boys and girls, because you’ll soon be on the winning path!

This applies to both camera and controller aspects. More often than not, players tend to dive right into the action without even giving the settings so much as a passing thought. But you’d be surprised how much of an improvement you’ll gain even with just a few tweaks to personalize both the camera and controller settings. For your win-loss record’s sake, take the time to check out the default settings and experiment from there. Not everyone plays the same way. You’ll find that with a few minor adjustments, you’ll soon find those sweet spots that can work wonders for your game!

Pro Tip: You may want to check out other pro players’ settings and customize from there!

You can’t run if you don’t know how to walk. That’s the truth and there’s no getting around it. More often than not, newcomers to Rocket League have a misconception that the best way to learn the game is just by diving straight into the deep end. Nothing could be further from the truth. The training features in Rocket League are there for a reason. USE THEM! By locking down on the fundamentals, you’ll set yourself on the right trajectory to learning the complex moves much quicker.

Pro Tip: Don’t skip the training packs. You’d be amazed at how much you can learn from them.

This is perhaps the most important of Rocket League tips. So you spent hours of your time perfecting Air Rolls, Half Flips, Fast Aerials, Wave Dashes, Power Shots, and Clears? That’s well and good. But just remember that these fancy moves are merely tools to serve your end. Don’t show off! Use whatever move is necessary given the situation you’re currently in. Sure, they may look cool, but remember that it’s better to keep things simple as long as you get the job done rather than look good and lose in a rather inglorious fashion.

Pro Tip: Everyone has a go-to move. It’s good to learn a lot of them as long as you don’t fall prey to option paralysis and end up being a slave to your moves.

You can only get so far as a one-trick pony. As such, you should not bank on the possibility that every single shot you take will be a goal. Far from it! Remember that it’s all about maintaining pressure on your opponent. Sooner or later, their defenses will break down. The same thing applies if you happen to be on the opposite side of the coin. Applying constant defensive pressure will likely frustrate your opponent and cause them to make silly but costly plays.

Pro Tip: When faced with skillful offensive players, try to use the shadow defense tactic. It’s much easier to counter your opponent when you have the same momentum rather than if you’re headed in the opposite direction where you have only once chance to counter.

Though it’s five-years-old, Rocket League still sees a steady influx of new players joining in on the fun. And with that, the competition becomes even fiercer. But with these handy Rocket League tips, you should do fine. Who knows? You may even find yourself dominating the competition as a supersonic legend! So keep practicing so you can score goal after goal. And stay tuned to PlayerAuctions for more Rocket League content. If you’ve got more pro tips on how to get better at Rocket League, feel free to leave a comment!