Blizzcon 2017 Overview: What’s All the Buzz About? 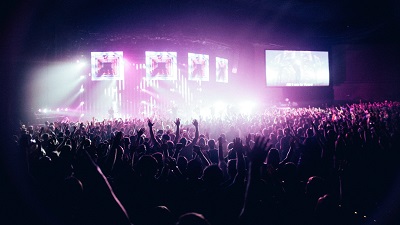 One of the most exciting things that happen every autumn is, without a shadow of a doubt – Blizzcon. You can just feel the hype leading up to Blizzcon 2017 building as November draws near.

Next Friday marks the eleventh Blizzcon event since it was launched back in 2005 and once again various speculations surround the occasion. From World of Warcraft (Wow) to Starcraft and Diablo and the traditional Esports tournament stages, we’re in for a treat.

Now, before we take a closer look at each title, let me highlight the ones that’ll be a part of this year’s legendary event by Blizzard:

Rather impressive indeed. Alright, we’re starting with some info about the tickets (only the virtual ones though, as the regular ones are sold out).

Unfortunately, the convention tickets are all sold out, so your only chance of being a part of the event (albeit virtually) is by getting yourself a virtual ticket.

It’ll cost you $39.99 and it comes with an array of bonuses. Apart from awesome in-game things (exclusive WoW mounts, Diablo III pets, and  so on), here’s what the virtual ticket gives you access to:

Quite the list, eh? The so-called goody bag is actually a cool Blizzcon backpack that comes with various pins, badges and other neat things related to the current Blizzard franchises (WoW, Starcraft, Diablo, and so on).

It comes in two versions – epic and normal, and as the former’s name suggests, you get more (and you pay more) for the epic variant.

Now, it’s time to focus on each game and take a look at what we can expect at this year’s event. Logically, we’re starting off with…

I’ve already covered the WoW hype surrounding this year’s event in this post this post Blizzcon 2017 WoW Hype – so make sure to check it out.

In essence, we’re most likely getting a new expansion announced and also there’s a possibility that Blizz will be unveiling Warcraft 4. Even if that doesn’t happen, we can always enjoy the hectic WoW arena world championship at Blizzcon.

The current Starcraft storyline has pretty much been concluded with the launch of Legacy Of The Void two years ago. Add to that the fact that Blizzard didn’t provide any solid proof that they will release a new installment anytime soon, and things become rather disappointing for Starcraft fans.

Honestly, the chances for an official announcement are slim to none. If you take into account the possibility of a new Warcraft game, then it would only mean that SC will be placed on the backburner.

Otherwise, we might get a potential competition between WC and SC in the RTS realm. I know, I know – they’re different in many aspects but keep in mind that they’re in the same genre and from the same company.

As unfortunate as it is for Blizzcon 2017 attendees, we can put Diablo in the same bracket as Starcraft. However, while there’s a tiny chance that any news concerning SC will be released, Diablo will be just a part of the event – no more, no less.

Back in late September this year, It was confirmed by a Blizzard community manager that there won’t any new announcements regarding Diablo at this year’s Blizzcon. Such a shame, really.

Apparently, they have something in the works but as of now, nothing can be revealed or mentioned in detail. We’ll have to wait for Gamescom 2018 or even the next Blizzcon I guess.

First and foremost, we’re treated with not one but two invitational’s this year. The Hearthstone Inn-Vitational and the Tavern vs. Tavern competition. The former is similar to the Hearthstone Global Games from last summer, while the latter is a tournament complied of the best players from the top 16 taverns across the globe.

In a similar fashion to WoW, there’s a very high probability that a new Hearthstone expansion (the third and last one for this year). After the relatively successful Knights of the Frozen Throne expac, Ben Brode and his team will want to continue their good form.

Heroes of the Storm

Apart from the Heroes Global Championship 2017 and the awesome HotS virtual ticket rewards (more about that in a bit), there’s nothing too fancy surround Heroes of the Storm at Blizzcon 2017.

Still, on the 3rd of November (opening day), there will be a Heroes panel entitled “What’s Next?” which will unveil some intriguing news and updates regarding the game. Now, because the goodies that come when you buy a virtual ticket are too cool to be ignored, let me show you what the HotS rewards are:

Once again, expectations are high. Gamescom saw the release of the Junkertown map, Blizzard might decide to just tease us and not announce new heroes.

The Overwatch World Cup could potentially steal the show though, as it starts on the first day of Blizzcon (on the third of November) and it sounds promising. Similar to the other Blizz franchises, when you get a virtual ticket, you will receive a gift.

In this case, you’re getting a special skin for Winston, which counts as an epic-tier skin. This would please most Overwatch fans, no doubt.

So there you have it, folks, truckloads of hype and expectations are always a part of each Blizzcon, and it’s no different this year. I’m super thrilled about the potential of a new Warcraft game (Warcraft 4) because this is something that every fan of this game has been waiting for since 2003.

But nonetheless, Blizzcon 2017 will host various tournaments, demo sections and different stages (mythic, epic, heroic, and so on). Prepare for two full days packed with action, big announcements (hopefully) and above all – lots of fun.

We’d love to hear about your own expectations for this year’s Blizzcon and your thoughts about the event in general – make sure to drop us a comment in the comment section below!