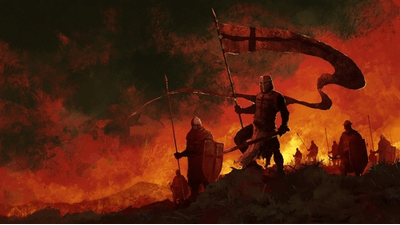 Necromancers are one of the most unique classes that you can play in Diablo 2: Resurrected. They are very versatile when it comes to damage, crowd control, and staying alive in sticky situations without having to invest too much into gear.

There are many types you can play with Necromancers, you can be a caster with massive poison damage to sap away the enemy life quickly. They add a ton of damage by cursing enemies, to lower their elemental and physical defenses and amplify the damage the enemy takes. One of the coolest ways to play Necromancers might be by controlling a hoard of skeleton armies to tank and fight your enemies for you.

Summonamancers (Summon Necromancers) is a very popular choice for Necromancers to build at the start as it’s relatively easier to play. Your character becomes more of a supervisor than the actual participant in combat. You will move around, curse and manage your summoned skeletons to fight. Some people might say that the lack of control you have over your summoned minions makes this character harder to play.

I personally love Summonamancer for its survivability. It’s very hard for enemies to get to you while an army of bones is blocking their way along with curses that deter you. Summonamancers also equip themselves with bone prisons to help distance themselves from enemies quite easily.

As the conductor of your symphony of bones, you will want to make sure that you are keeping an eye out for the first kill your summoned legion makes. As soon as you see a corpse, you use “Corpse Explosion” to deal massive AoE damage. As you make the corpse explode, it will help your minions kill more monsters, which in turn creates more corpses to explode, and so on and so forth.

You will also want to keep applying your curses such as “Amplify Damage” to your enemies so that your minions are dealing maximum damage to create the first corpse as soon as possible.

As mentioned, it is very difficult to get all your skeleton army to focus and attack the same monster as you can’t control them. If a system like Starcraft battle system existed, I’d say Summonamancers could possibly be one of the strongest classes out there, but unfortunately, you have no direct control over them. If you have an Enigma and have Teleport enabled on your Necromancer, it might be the closest you can get to “controlling” your army. This strategy is called “Tele-Stomping”, which is essentially casting Teleport clicking on the enemy and in turn teleporting all your minions on the same spot. The theory is as you teleport right next to a specified enemy, it will be the closest, and therefore the target your minions choose to attack all at once.

Another popular Necromancer build is the Bonemancer. This is a much different playstyle from the Summonmancer as the Bonemancer will directly participate in battles and deal the damage. It will also not take advantage of any summon skills.

The Bonemancer is great for new players and is able to get you through the leveling phase quite well, as there aren’t many monsters that are immune to Bone and Spirit Skills from Necromancer. But, it’s worth noting that unless you have a lot of currency to buy a lot of +to All Skill items such as “Enigma”, Grand Charms, Arachnid Mesh, and others, it will be difficult to get the maximum potential out of the build.

Bone Spear will be your go-to skill for taking care of groups of monsters. It takes a bit of skill to aim it correctly, but you’ll get the hang of it soon. You use Teeth until you get to higher difficulty levels and switch over to Bone Spear as soon as Teeth damage falls off. Bone Spirit is mostly used for single targets, and it also follows and chases targets similar to Magic Arrow from Amazon.

In general, although the recommended gears don’t show it, it goes without saying that a perfectly crafted Rare Ring or Amulet might end up being your best item. If you can craft something with +2 Necromancer Skills, Faster Cast Rate, and some Resistances, it will always trump other unique pieces of jewelry. I didn’t include it in the build recommendation because there are astronomically low chances to craft such items.

Necromancers will rely heavily on making sure curses are applied to all monsters you are fighting to maximize the damage you put out whether it is your minion doing the damage, or your casted spells. Put 1 point into the different types of curses, but in general, Amplify Damage is the go-to curse for all Necromancers.