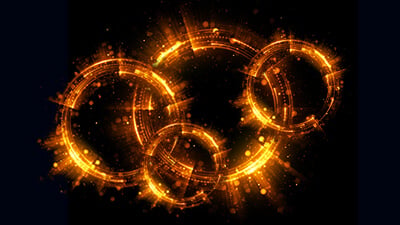 It’s been a while since the Diablo 2: Resurrected was finally released and we are now starting to see a bit more diversification in the classes being created these days. During the first few weeks, it was probably 90% Sorceress or Hammerdins taking the lead and the remaining 10% was a mix of all the other classes if that. An up-and-coming class right now is the Wind Druid. Which is a Druid class going into the caster form. This might be of interest to you if you have a Blizzard Sorceress and are getting sick and tired of those pesky Cold Immune monsters while you are farming. This is the best Diablo II: Resurrected Druild build out there right now.

Some of the advantages of having a Wind Druid are the massive upkeep damage per second and the fact that you can deal a mix of Cold Damage and Physical Damage. This allows for a wider range of places to farm compared to a pure Cold Damage Sorceress who might have a hard time farming places like the Countess, or the Pits (in Act 1) without a very well-equipped mercenary. Without further ado, here’s a guide to one of the most powerful Druid builds in the game.

Main Skills for This Build

The Wind Druid relies on two skills for damage, Hurricane and Tornado.

Hurricane – Produces a constant circular motion of storm and wind to damage enemies per second. This will be your bread-and-butter damager while inflicting some great crowd control by dealing with Cold Damage to slow monsters down.

Tornado – Shoots a Tornado in a line through enemies. This does great damage as well; it can be cast while you have a Hurricane skill up. Getting Faster Cast Rate will be critical so that you can shoot as many of these off as you can while you have your Hurricane skill running. It also gets a massive 9% per level of three different skills to get a lot of bonus damage.

Cyclone Armor – Awesome skill to absorb any Elemental Damage. With enough + to All Skills, you can use this skill to make up for any lack of Elemental Resistance you might have with Cold, Fire, or Lightning. This also synergizes with Hurricane and makes Hurricane last longer with each cast. Also give 9% more damage to Tornado with each point, making this a really good investment for the Wind Druid Build.

Oak Sage – Would recommend giving this as many points as you can. The reason is, not only a better + % Health bonus with each level, but it also makes the summoned Oak Sage much tankier. You’ll find it quite annoying at early levels to recast every few seconds because the summoned Oak Sage is so squishy.

Summon Grizzly – A good investment for one point + All Skills from equipment to have as a tanker.

Weapon – Heart of the Oak is an excellent weapon for any caster. Gives a good bonus to everything you need including All Resistance. Suicide Branch is a viable option too if you can’t afford a HoTO, giving a big boost to Faster Cast Rate, and can come with a Socket if you’re lucky so you can put in a Cold Facet Jewel for additional Cold Damage bonus. A Spirit Crystal Sword is a viable option as well.

Shield – 30 ~ 35% Faster Cast Rate Spirit Monarch Shield is probably your best bet. It’s affordable and gives all other types of bonuses that you require.

Body Armor – Enigma would be the ultimate armor for this build (along with most other caster builds), but obviously not many people have an Enigma rolling around in their stash. You will have to deal with Skin of the Vipermagi for the time being unless you can afford an Enigma right away.

Helmet – Shako works fine, but if you can find a Druid-specific helmet with +3 to Tornado and Elemental Skill Bonus with Faster Cast Rate, that would probably be your best choice. You can craft, or gamble for a rare helm.

Gloves – Trang-Oul’s Claws is a very cheap choice for the Faster Cast Rate and added Cold Resistance. You can also use Magefist as well.

Boots – Sandstorm Treks or Waterwalk would be my personal recommendation just for the stat bonus which can save you from investing too much into Strength. You can then allocate more points into Vitality, getting you a bit more tanky for clearing tougher content in higher difficulties.

Belt – Arachnid Mesh Spiderweb Sash is an obvious choice for casters. Can’t beat the +1 to All Skill with Faster Cast Rate

Rings – There is a bit of flexibility here depending on your other builds. If you’re lacking Faster Cast Rate, I recommend crafting rings or gambling for Faster Cast Rate and + to Life or Resistance rings. If you can afford it, Bul-Kathos’ Wedding Band x 2 would be the best bet for Life and + to All Skills mods.

Amulet – Like Rings, you can craft or find yourself Mara’s Kaleidoscope for the awesome solid stats it gives.

The maximum Faster Cast Rate you will be shooting for is 163% which is the Breakpoint for Elemental Druids. I would recommend you look to maximize your Faster Cast Rate over stacking + to All Skills. This is because if you can shoot out two to three more Tornados while your Hurricane is spinning it could do much more damage per second than having +1 or +2 all Skills. The synergies and the skill itself will be harder to beat if you can shoot it twice rather than only once.

Another tip for starting your own Wind Druid would be…not to start with a Wind Druid. The Wind Druid build can not do any damage until it reaches level 24 where Tornado is available. Due to this reason, it’s not a viable build to START your low-level Druid, I recommend respeccing into it once you reach around Level 30 ~ 40. Until that level, I recommend using the following skills for Druid.

All other points into Fissure

Do this build until about Level 30~40 and respec using Akara or Token of Absolution. I would build around getting some low-level + % to Fire Damage gears just to make the leveling process easier.