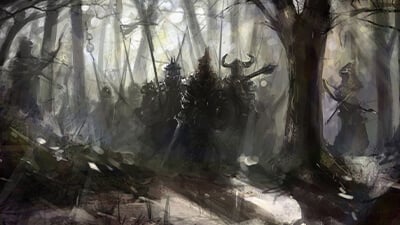 Assassins are a very versatile character that can be a fun class to play with lots of options of becoming a pesky caster dealing elemental damage, or an in-your-face kicking powerhouse. The two major options for Assassins in Diablo 2 Resurrected are the Kick Assassin (aka Kicksin) or a Trap Assassin (aka Trapsin). This in-depth guide will give you all the information you need for powerful Assassin Build for Farming in Diablo II: Resurrected.

Trap Assassin is my favorite path for an Assassin as it’s a severely underrated class. It can deal multiple elemental and physical damage while being very mobile and hard-to-hit for enemies. Even without Enigma, their movement speed and mobility makes this a class worth taking a gander at during the early game. They may seem fragile, but upon adding some skills and the right gear their survivability matches those of Barbarians and Paladins.

Main Skills of a Trapsin

Mind Blast, one of the rare abilities where you can stun enemies in groups. Its an awesome skill to help you escape being surrounded by mobs or hold them in place as they get pummeled with Lighting Sentry attacks. Burst of Speed and Fade both deserve a point each, as they give a huge boost to survivability and kiting. After you have reached the max level for all the mains and have your bases covered with secondary skills, Shadow Master is worth putting in as many points as you can. This is a great skill to have for tanking, and crowd control.

Tips on Using Traps to Hunt

Lightning Sentry is the main damage dealer in a Trapsin’s toolkit, but Death Sentry should not be ignored as it provides a decent amount of damage, and most importantly a different type of damage other than Lightning. The Corpse Explosion from Death Sentry can provide some Physical Damage and allow for an more expansive farming variety. You will want to put down one Death Sentry trap for every four Lightning Sentry traps to maximize damage and versatility. As you start seeing more corpses nearby, you can increase the number and change the ratio of the two types of traps.

We will start with the “minimum” build for this class so that you can get an idea of where you can start farming for it. If you have the following set of gear, you can probably get away with farming in lower Acts of Hell difficulty, depending on how good you are at kiting mobs as you lay down traps.

Weapon: Rune Word: Spirit, is a solid choice for any caster. Wizardspike, an excellent choice for its Faster Cast Rate and high + To All Resistances. If you can get your hands on a Bartuc’s Cut-Throat, it would probably be my choice till you can get the high Rune Words. Bartuc’s provides + to All Assassin Skills AND Trap Skills, making this a great choice. Also gives great stats which can help you use high-strength gear and allow you to put more points into Vitality.

Shield: Spirit Shield in a Monarch would be very useful, or Ancient’s Pledge if you need more Resistance boost.

Body Armor: The Skin of the Vipermagi is pretty much the go-to for any caster starting a build. But as an Assassin you have the fantastic option for a low-cost Rune Word called Treachery which only requires a SHAEL, THUL, and LEM Rune to build. This is fantastic as it gives +2 to all Assassin Skills. It would be impossible to find a Body Armor that gives +2 Skills at such an early phase in the game with low Runes.

Gloves: Magefist is a solid choice for a bit of added Faster Cast Rate and Mana Regeneration. Bloodfist Heavy Gloves can also be a good choice for extra Life and Faster Hit Recovery if you feel like you are having trouble getting surrounded by monsters easily.

Boots: Waterwalks would be a solid starting gear for Hell Difficulty as it gives good defenses and a nice boost to Maximum Life. Infernostride is also viable and it will probably take care of the resistance you need for Fire.

Belt: Verdungo’s like sort my of my go-to for casters even during late game. I like a bit of beefiness for my casters.

Rings: Raven Frost is always a solid choice for ANY build in D2R, but as this is the budget build any ring with extra Maximum Life, Resistance or Strength would be useful

Amulet: Unless you can afford low Mara’s Kaleidascope I would recommend trying to gamble or craft for + to Trap Skills or + to All Assassin Skills amulet. Resistances and bonus Maximum Life is always great to grab.

The above set of equipment should get you through the lower contents of Hell Difficulty easily. Due to being able to pump out more than 1 type of damage, Trap Assassins are much more versatile and effective than you can imagine and should be enough to get you farming areas such as Andariel, the Pits, Ancient Tunnels, Mephisto and Pindleskin.

You will want to farm enough to grab items such as Heart of the Oak in your weapons slot, along with an Enigma so that it’s much easier to get in and out of combat. Arachnid Mesh is another must-have for any caster in this game being one of the only belts to provide a + to All Skills. Last but not least, Stone of Jordans. How can we ignore the skill boost along with Mana increase? Items like Stone of Jordan are the reason you’ll be able to not invest any points into Energy stats and go all in on Vitality after you’ve grabbed enough Strength and Dexterity for your gears.

The final piece that’s most valuable after Enigma would be Infinity equipped on your Mercenary. This will grant you enough Lightning Immunity deduction on enemies to open up whole new areas to farm.