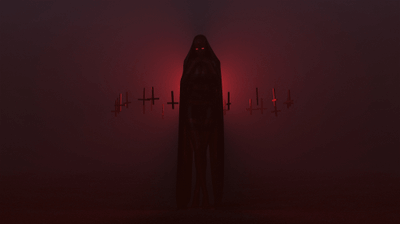 Charms are one of the most sought out items in Diablo 2: Resurrected. These are very versatile items that help you solve the last few pieces of the puzzle when making a very complicated build. Charms in D2:R come in three different sizes. Small, Large, and Grand.

They must be held within your personal INVENTORY, not anywhere else such as the stash, for you to be granted the bonuses they come with. There are only Magic and Unique types of charms and no rares like the Rings/Amulets or Jewels. Even if you had the Horadric Cube in your inventory and had charms in it, it would not count as being held to obtain the stat bonuses.

During the early to mid-game, you may find yourself filling up with charms to cover some specific resistances, or top off some stat such as Attack Rating or Faster Hit Recovery Rate. Some even fill up their inventory with Faster Run/Walk Speed charms to cover not having an Enigma to Teleport around.

During the end-game there are very specific Diablo 2 Resurrected charms that you can farm.

These only take up one square of space in your inventory and are the most sought out types of charms. They come in many varieties of stats and some are considered as good as a form of currency when trading for high end items. Some of the most popular stats for small charms are as follows:

Life: Best case scenario you can get up to +20 life from a small charm. +20 to Life Small Charms are considered lower tier currency at the moment.

Magic Find: You can gain up to 7% boost to Chance to Find Magic Items from a Small Charm.

Faster Run/Walk Speed: 3% boost to movement speed might not seem like a lot, but getting about 10 of these can make quite a bit of difference for melee characters.

Resistances: These can come in separately as each element (up to 11%) or as “All Resistance” which is probably the most valuable form of resistance bonus from Small Charms

Poison Damage: You may find up to +100 Poison Damage within Small Charms. These were very versatile currency items back in the day as well. As more melee characters start being created these will increase in value.

The most popular form of Small Charms right now seems to be +20 to Maximum Life with 7% Magic Find. You can find some Small Charms that give 3 different bonuses. Another popular ones are Small Charms with +to Maximum Damage, Attack Rating and Faster Hit Recovery. These 2 types of Small Charms can easily be traded for some decent mid to high tier runes if you have multiples of them.

There is a bit of controversy when it comes to Large Charms. Many people they do not provide enough scalable bonuses to be worth picking up. Whatever you may find on a Small Charm you can get in a Large Charm. Albeit, you may get a few more maximum points in each of the staff, the fact that you can’t get more than double the amount, it makes it redundant. Unless you find a killer perfect stat one with 3 modifiers, it’s really hard to justify having large charms in your arsenal.

Some high-end players don’t even bother to pick them up. Reason being, if we take the + to Maximum Life stat, you can find up to +20 in a Small Charm. Unless you can find more than +40 in a Large Charm, it’s not worth taking up double the amount of space for the bonus.

Grand Charms are actually sought out just as much as Small Charms even though they are larger than Large Charms. There is a specific reason Grand Charms are very valuable if you get the right stats.

Grand Charms are the only charms (besides Annihilus Charms) that give a bonus to skills. They come in all types of different skills such as “Cold Skills” for Sorceress, “Trap Skills” for Assassins, “Combat Skills” for Barbarians or Paladins. You’ll note that it never gives +1 to All Skills for any specific Class, just a type of skill for a character class. It’s also never more than +1 to the Skills.

Grand Charms with Skills are a very common form of currency, and they become super valuable when it comes with + Maximum Life. +1 to Cold Skills (Sorceress Only) with +40 to Maximum Life are probably one of the most valuable charms you can get.

With about 180 ~ 250 Magic Find, it should be quite easy to find lots of charms in high density areas. Instead of continuously farming just bosses, try to farm through areas such as The Secret Cow Level. Probably the densest area for monsters to drop charms.

Another area that’s great might be Ancient Tunnels in Act 2. There are large clusters of mobs in a smaller area.

Even on your way to killing bosses, if you see a group of mob with a unique monster and minions, be sure to kill them. You never know when the next monster will drop a 7% Magic Find Small Charm with Life.

At the end-game phase you will want to fill your inventory with Grand Charms that give +1 to your class skill set along with life. Under each Grand Charm, you will fill it with Magic Find, Life, or Resistance charms. Depending on your needs. Most people prefer to grab resistances from their equipped gear and leave the Small Charms with 7% Magic Find and +20 to Maximum Life charms.

Some Gold Find Barbarians may opt to fill it up with Gold Find modifiers. These are relatively cheap as it’s not wanted by many classes and Barbarians with shout and skills get a huge boost in Life so they can sacrifice not having charms for them.