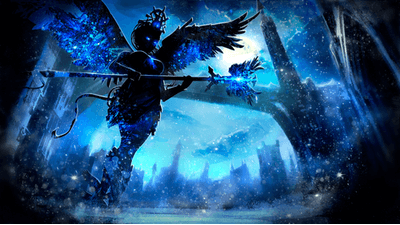 To much anticipation, Blizzard has announced an upcoming large-scale patch for Diablo 2: Resurrected. It is coming with a whole bunch of new Runewords, character balancing, and mercenary boosting.

This is sure to spark yet a new flame for old-timers and also entice new players to jump in the fray as new Runewords are released to balance out the early leveling phase of the game. The new patch seems to come with some relatively low-cost runes to give a big boost to lower-level characters making the tedious questing part of the game much smoother. This is a much-awaited patch as it has been very long since an update of this caliber was implemented for Diablo even during its hay days almost two decades ago.

The first thing I wanted to dive into was, of course, the changes coming up to my favorite class: the Sorceress. A build that is truly looking like a winner is the Hydra Orb Sorceress Build.

In the history of Diablo, Hydra was a really aesthetically pleasing skill while doing very mediocre damage with a high casting delay. The new patch will get rid of all the issues while keeping it spicy. Hydra Sorceress will feel more like playing a Trap Assassin in the same way that you can lay down the Hydras much faster like traps. You will also get up to SIX 3-headed Hydras that can do very high damage in the end game phase. This ranks quite high on the budget-to-efficiency ratio build as it allows for a very versatile dual elemental damage with relatively low Skill Point investment. Mixing Frozen Orb into the Hydra mix allows for a lot of AoE damage along with overcoming Fire Immunity which is often found throughout many farming areas in the Diablo 2 Resurrected world.

Weapon: Tal Rasha’s Lidless Eye. We are going for that -15% Enemy Fire Resistance bonus with a 3 piece Tal Rasha’s Set effect. It also gives a solid boost to Mastery skills.

Helm: Flickering Flame Death Mask. This is a newly released Runeword which is quickly becoming rumored to be the go-to helmet for most Fire Skill oriented characters and builds moving forward in patch 2.4. One of my reasons for this being a choice helmet is that it gives the Resist Fire Aura which grants not only a huge boost in a resistance missing in the Spirit Runeword shield, but it also comes with its own Increased Maximum Fire Resistance stat that can stack with the maximum boost from Resist Fire Aura. This will help avoid much of the fire elemental damage you will face in the end game.

Armor: Chains of Honor Archon Plate. Solid increase in skills, and resistance. Also, the Damage Reduced by 8% shouldn’t be ignored!

Rings: A pair of Stone of Jordan. Can be versatile and swapped out with caster, or Magic Find rings. Whichever suits your tastes!

Gloves: Magefist. Very excited to say this glove will become much more than just a Faster Cast Rate filler. The +1 to Fire Skills are much more valuable than a small tick into Warmth.

Shield: Phoenix Runeword. The -28% To Enemy Fire Resistance is key to the build. It’s the only way to get negative Fire Resistance on a shield for this build. Also gives another 10% to Maximum Fire Resist along with a Fire Absorb boost, you’ll soon be walking into fires on purpose.

Strength: however much you need to equip your gear.

The rest: attributes Points to Vitality for maximum Life.

Hydra, Fire Bal, Fire Bolt, and Fire Mastery should be maxed out if they can be. But make sure you are mixing in Frozen Orb along with necessary investments into Teleport, Static Field, and other tool kit skills. At level 90 and +12 Skill Points from Quests you should be able to invest and distribute like the following:

One of the greatest benefits of this build is that Hydras can be summoned quite a distance away and can dispatch enemies with ease. You will be getting in the range of 6000 fire damage per bolt fired a hydra head with high-end gear which will melt bosses in no time.

Frozen Orb and a properly geared mercenary will allow for any Immune to Fire Damage mobs you may find along the way.

Charms should consist of + Fire Skills Grand Charms along with Magic Find or Maximum Life Small Charms depending on what your style is like. Either way, this is a very versatile build that will be easy to play from the get-go. It’s a fun build to play while being an easy one to level up. Recommended build for new players in Diablo 2 Resurrected for sure!

If you don’t want to diversify your elemental damage and focus solely on Hydra and Fire Damage, you can also play a heavy fire Hydra build. You can hurl Fire Balls and Meteors while summoning deadly Hydras and melt bosses in a heartbeat.

This build is super tanky while being able to pump out high damage in a short amount of time. I am excited to try this out and sweep through cows and search for some high runes. Remember searching for runes requires pretty much no investment into Magic Find gear.