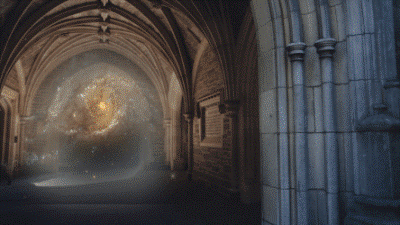 Like most multiplayer games, Diablo Immortal showcases multiple ways for people to play together in the Sanctuary, from raids to PvP. One of the game’s core features is that players can join clans to form closer connections with their peers. However, many still wonder what they can get from joining a group in Diablo Immortal.

Clans are player-established organizations that other heroes can join. These guilds serve as a hub for gamers to interact with each other and have an effective and consistent mode of communication. They can be created by paying a Clan creation fee by the founder. The Clan Leader and the Officers manage these groups. Clans can have up to 100 members, which is the maximum size.

Why Should You Join a Clan in Diablo Immortal?

If you are a regular player looking less at end-game content, joining a clan does not provide any in-game benefits. A guild is purely for interacting with one another. However, there are advantages to belonging to one.

Being a clan member allows you to form parties quickly when you want to run challenging group content. Guildmates can see who is online in their alliance, so you can easily find people to recruit for runs. These raids become less intimidating, allowing people to clear them more effectively. In addition, you can interact with friends quickly due to the existence of the clan chat tab.

For gamers planning to participate in specific end-game content, joining a clan is a must. The cycle of Strife is the main feature that requires you to join an alliance that is involved in it. These groups allow you to access the Shadow vs. Immortal Clans content.

When Can You Become Part of A Clan?

Joining a guild is easy because it only requires contacting members of your desired clan. Alternatively, you can start your group and grow into a massive guild. However, there are certain conditions that you have fulfilled to be eligible to join or create one. Here are the requirements for being in a guild:

If you are below the required level, you will have to grind a bit more and reach these milestones.

How To Make Your Clan?

When you have attained level 40, you can now organize your group. The creating fee is 100,000 gold, which can be quickly earned if you grind sufficiently. Here is the process for making a clan:

After finishing the process, you can start inviting and managing your guild. You can convert a regular alliance into a Dark Clan later if you participate in the Cycle of Strife.

How to Join a Clan?

Before joining, you must complete the quest “Opening the Way” in Wortham to unlock the Clan feature. After finishing the task, you can browse through recruiting guilds in the Clan Interface via the Adventurer Tab. There are two ways of getting into one alliance.

The first method of being added to a clan is to have someone from that specific group invite you. You can have your friends send you a request or contact an officer directly so that they can summon you to the guild. The second one is by applying via the Clan Interface. When you go to the Clan Details tab, you are given a list of groups recruiting players. Pressing the Apply button will put forward your application, and you will have to wait till an officer accepts it.

Players should note that they can only join some alliances they see. Certain groups have requirements such as character level or power ranking. Some Clans are looking for specific types of players if they are planning to transition into higher-level PvP content, which is why you will need to ensure you are worthy of being invited.

Becoming an Immortal or Shadow

Players can join Immortals or Shadows when they are looking for a guild. Alternatively, existing clans can choose to transition into Shadows. Being a part of these factions yields various benefits, such as engaging in Contracts, acquiring buffs, and stealing items from other groups. If you are looking for a way to benefit from the Clan system, then being an Immortal or Shadow is the best way to go.