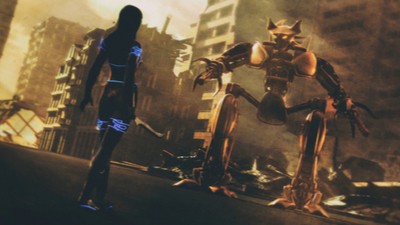 Marvel’s Avengers has been one of this year’s most awaited AAA games. Along with having the Marvel title attached to it, it also came with the infamous “live service” title. GaaS titles have gotten a bad rep in the recent years due to EA’s Anthem that was released in a terrible state, with plenty of bugs and barely any content. Marvel’s Avengers had a lot of hype surrounding it, and it’s certainly a concept that can do very well with the right development.

Unfortunately, the game launched in a worse state than Anthem, if that was even possible. Don’t get me wrong- a bad launch doesn’t equate to a bad life-cycle. Two of the most popular and successful online looters – Warframe and Destiny 2 – both had poor beginnings and were developed into the amazing games they are today.

Marvel’s Avengers is riddled with issues in every department – technical issues, endgame structure, and level design being the main ones. But the central idea is there, with plenty of potential; it just needs a lot of work. Here are ten things Square Enix needs to do to pull a Warframe or Destiny with Marvel’s Avengers.

10 Things Square Enix Need to Do

If you visit the game’s official Reddit at any time of the day, one of the first things you’ll see is a post of some kind of in-game issue. There are all kinds of issues being reported: clips of Captain America’s face melting, complaints about people losing 80+ hours of progress, cosmetics disappearing. The game needs to be playable for it to maintain a playerbase and grow. It has already gone from 28k (peak) to about 4k players per day.

Marvel’s Avengers features a bunch of the same missions. You’re either clearing rooms full of enemies, fighting waves of enemies, fetch quests, or having to stand in a circle while defending an objective from enemies. Raids are coming soon to the game, but we definitely need more variety. The uniqueness of the heroes could easily be capitalized, such as aerial combat missions with Iron Man.

Quality of loot is the core of the looter-shooter genre. It’s what keeps the grind worth it and gives the game a sense of longevity. It has been ages since I completed the Destiny 2 campaign but the kind of gear the missions drop is what keeps me coming back. Marvel’s Avengers needs just that: loot that is worth grinding for.

It’s great that Marvel’s Avengers has two new characters coming up – Kate Bishop and Hawkeye – but they need to keep going. Black Panther is rumored to be the one after that, and the developers need to be sure they keep the momentum going. Each new superhero will bring in newer fans and keep the game interesting for existing players.

The skill trees in Marvel’s Avengers could do with balance changes. A detailed skill tree is pointless when some of the nodes are clearly the way to go. The choices should be equal in terms of strength and viability, and should all be viable against higher powered enemies. Catering to all kinds of playstyles works best for everyone, rather than having one concrete meta.

It’s strange that the most recent update has given the game single player endgame content. The game needs better co-op and more opportunities for people to play with randoms. It’s one of the best things about Warframe – being able to jump into any mission with strangers. It doesn’t require you to coordinate with friends, or be on voice chat with the rest of your team. We know for sure that raids are coming to the game soon, and it would be terrible if they don’t have matchmaking. I doubt these are going to be as complex as Destiny’s, and requiring pre-made teams would turn a lot of players away.

AI teammates are a fantastic idea that works very well for solo players who don’t want to matchmake. However, Marvel’s Avengers hasn’t gotten them quite right. They’re quite buggy in their current state – they often block doors, interrupt your jumps, and sometimes just refuse to do anything. They need to be much better and more responsive for them to really replace actual teammates.

The mission environments in Marvel’s Avengers are incredibly repetitive. You don’t need an open world to fix that, as Warframe has demonstrated with plenty of variety in its indoor maps. With Avengers, there are just a handful of environments that are reused from the campaign. The endgame really needs more variety, and missions looking alike just makes it worse.

Be Careful with Exclusivity

Spiderman is officially going to be limited to PlayStation only. I’m not sure this is a good move, considering he is one of the most beloved Marvel characters. Nobody’s going to buy a PlayStation just for him, and this simply leaves PC players unsatisfied for no good reason. Exclusivity could certainly turn some players away.

A Marvel game simply can’t do with just a variety of robots and drones in front of you. The franchise has so many interesting enemies to offer – right from Green Goblin to Symbiotic enemies. Square Enix really needs to make the most of it and add them to the game to keep it from being redundant. Difficulty can also be raised creatively rather than just raising an enemy’s level and turning them into bullet sponge.

Marvel’s Avengers certainly has that potential, unlike Anthem, which will be reworked as released as “Anthem 2.0” in the future. Marvel’s Avengers has a great campaign, and it certainly gets some of the characters right. I have a lot of faith in this game and I can see it being great (and half-price) in about a year. The game is currently losing players quickly but it can certainly make a comeback like Warframe and Destiny have.

The developers have been working hard on fixes lately, which makes me wonder why the game was released in such a state in the first place. Regardless of its plethora of flaws, I’m rooting for it to get to that league of variety and consistency, and I hope it only gets better from here.