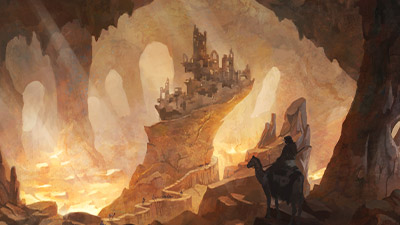 Ashes of Creation is a great game with lots of potential, but, if you’re just getting into it, the classes/archetype system can seem bizarre and confusing. Especially as a newbie to the genre, it can be quite overwhelming. Ashes of Creation likes to bill itself as the next step in gaming with an immersive experience that changes based on choices.

In fact, the first thing you see is “From ashes to empires. Your path will shape the world.” It’s a cool concept and could be a great MMORPG. It offers some new concepts, a healthy blend of graphics and gameplay, and otherwise, could be a great new game. But, though it has lots of potential, the way that Ashes of Creation do classes can be disorienting if you don’t know what you’re looking at. Don’t worry, my reader friend! I’ll take you through everything you need to know.

For more MMO content, be sure to check out our articles on World of Warcraft, RuneScape, and ESO!

What Are the Primary and Secondary Archetypes?

The way that Ashes of Creation is going about the classes system is by offering primary and secondary archetypes. As one might expect, this choice depends on your playstyle. There are 8 primary archetypes: Rogue, Ranger, Tank, Fighter, Bard, Cleric, Summoner, and Mage. You get to pick one of them to be your primary archetype, but after some time, you are able to pick a secondary class.

This is how the secondary archetypes work: you get to pick from the first list again. This choice will augment your first one, combining to make something cool. Let’s say you’re a Fighter as your primary, right? Great, well, if you pick Mage as your secondary, you’re now a “Spellsword,” which means you can teleport to the enemy instead of running over there. You get a taste of both. Another example is that, if you wanted to be a Tank and only a Tank, you can pick Tank as your secondary class as well. Voila, you’re now a Guardian.

You can change your secondary class. Though it’s not entirely clear how yet (though you will not, I repeat, will not be able to change things in combat), you’ll be able to shift that around. However, your first class will stay the same and cannot be change, so pick wisely.

How Are Archetypes Used to Create Classes in Ashes of Creation?

They combine.  As I briefly described above, Archetypes and Classes are kind of the same thing here. Though if you look hard enough there are differences, it’s pretty close. You got your base class (the primary archetypes), then your secondary class (the same archetypes, picked again). So, you will have 64 different options for class, all possessing different qualities than the others. It can seem complicated, but really, it’s not all that complex when you think about it.

What Are the Ashes of Creation Classes’ Abilities?

As with many other games in the genre, classes in Ashes of Creation have special abilities that you can use in the game. These vary greatly throughout the classes, but you can also usually tell where it spawns from and they make sense when you trace them back.

A good example of the combination of Mage and Fighter. Now, you’re a Spellsword. One of your abilities in that is to teleport to your enemy. When you think through it, yeah, teleporting is linked to Mage and therefore, you can see the logic behind it. Now, I’m not going to go through every single one of the 64 different classes, but I’ll keep it brief: each class has different abilities, and you should pick your classes based on which sounds like it would fit your play style the best.

What Are Racial Abilities?

There are 8 races in Ashes of Creation right now. Of course, it’s early Alpha, so who knows what might come later, but for now, there are four species with two races in each one. It’s pretty standard: you’re going to be looking at humans, elves, orcs, and dwarves. Each has their fancy names. Some races are going to possess different qualities that will make them better for archetypes. Each of them has a slightly different flavor than the rest. Fortunately, and what I think is personally cool, Ashes of Creation is not locking classes for race. Ashes of Creation does stress that though it’s not locked, some races will be better for specific archetypes.

Somewhat. Races have different strong suits and weak points that can improve some of the archetypes, but it’s not a make or break situation. Don’t worry too much about this, but yes, you’re going to see some differences in the classes depending on your race. Races affect stats, which will affect abilities and skills.

Endnote on Ashes of Creations Classes

Ashes of Creation is a game with a lot of promise that I am personally very excited about! It’s creating a bit of a stir in the gaming community for good reasons. The Ashes of Creation classes system is big and interesting, but once you understand the basic premise, you should be totally fine grasping the rest of the concepts.