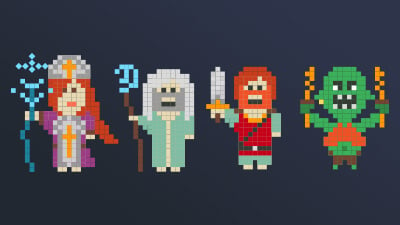 Steam has a vast catalogue of games that provide endless hours of entertainment to those that use the PC platform. From the biggest AAA titles to the best indie titles that the market has to offer, there is something for everyone on one of the most popular and vast game launchers out there. For those who are looking to try something new, or are a little short on cash, then you may be wondering what the best free multiplayer games on Steam are. We have put together a list of the top free Steam games that you can check out without having to fork out any cash.

We will look at some of the best RPG titles that Steam brings to the table, including:

As you can see, this list features games more than capable of being mentioned in the same breath as some of the best paid titles that are available. While they are F2P, be aware that some titles offer in-game purchases. Whilst these can help enhance your gaming experience, they can have a detrimental effect on your bank balance.

These games have been selected on the basis that you can have a worthwhile time playing them without having to crumble to the pressure of microtransactions which, sadly, isn’t always the case.

Kicking off the list is a game that is a must have for any gaming Trekkie. It is often hard for films and TV series to make a significant impact on the MMO stage. This is something that doesn’t apply to Star Trek Online, which even offers a free to play experience.

Narratively taking place around 30 years after Star Trek Nemesis, you will feel right at home in the final frontier here if you are familiar with the franchise. You will be able to take your crew aboard a federation starship and delve into deep space on an adventure that will keep you entertained for hours. As we discussed earlier, these titles do offer microtransactions. In this case they will help you level up quick and find resources, but they aren’t particularly necessary. Furthermore, they’re not really worth the investment if you are willing to put the time in.

Though a vast amount of Destiny 2 is now free for you to play, Warframe was originally suggested to me back in the day as a free alternative to the game. Whilst I did recognize some similarities, Warframe is in fact a title that takes the best parts of a variety of games a rolls them into one of the best value games on Steam. Taking control of ninja-esque Tenno in space, the game has a lot to keep you entertained for hours on end.

There is both PvE and PvP experiences for you to enjoy, with a story mode to follow. What’s more, Digital Extremes has brought regular updates since launch. There has also been content expansions that have been game changing. The Steam experience is also arguably better over the console versions and proves to be one of the best free games on the platform.

Diversity is something that is very important when it comes to MMOs. You could argue that the market for F2P MMOs is rather saturated, many of which are available on Steam. Therefore, you will be hard pressed to find a fantasy-based title that stands out from the rest. One that is able to offer this is ArcheAge, with a wealth of features to enjoy than your usual level grinding and questing.

Here, you can form alliances to take control of land, explore the seas in a quest for glory, and even build your own castle. So, whatever your preference is, whether it’s being a conqueror of lands, bringing justice in the name of your alliance, or sailing the oceans for plundering, there is plenty to do in ArcheAge that will keep you going.

Neverwinter is a game that took me by surprise, given the amount there was to do without having to spend a penny. The masterminds at Cryptic have brought about a free game for you to check out that has hours of adventuring in the MMORPG format.

You may recognize the name from the Dungeons & Dragons narrative, as with other titles of a similar name such as Neverwinter Nights. This MMO brings a lot of content, including many expansions since launch, that you won’t have to pay a penny for. Sure, there are plentiful microtransactions available for you to purchase, and I did often find myself in envy of the mounts that other players occupied. There are free alternatives, however, and you aren’t required to sink any money into the game. One particular personal highlight is the seasonal events around Christmas, so if you are ever feeling festive then be sure to stop by Neverwinter if possible.

Guild Wars 2 is one of the highest rated games you will find in the genre. As we discussed Warframe being an alternative to Destiny 2 earlier, many would consider Guild Wars 2 to be a substitute for the Blizzard goliath World of Warcraft.

In fact, some would say that Guild Wars 2 does a lot of things better than WoW, starting with the lack of a monthly fee that you have to pay normally with the Blizzard counterpart. In comparison, there are more simplistic approaches in Guild Wars 2, which don’t require you to deal with the difficulties of say, raid bosses that you would find in WarCraft. There is a lot to be said about the combat system as well, which is far less stiff and brings a far more fluid approach.

Comparisons aside, Guild Wars 2 also offers plentiful additional content, including seasonal events, updates, challenges, story events and much more. Needless to say, Guild Wars 2 is an experience that keeps on giving, and its critical acclaim should be more than enough to entice those looking for a free game.

The list above brings you arguably the best free multiplayer games on Steam. Times are tough, and saving the pennies is critical right now. You have the chance to try something out before having to part with your money with these titles. They are amongst the top free Steam games on the market, so head over to the platform and spend your next several hours delving into these experiences, without spending a penny!