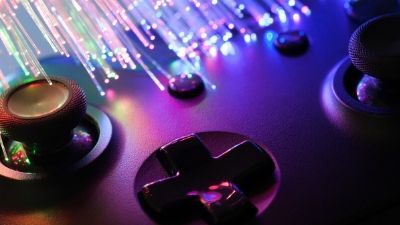 The long list of game releases in 2019 was a mixed bag. The lows were definitely saddening and even downright disastrous at times, but the highs were incomparably awesome. Thankfully, there wasn’t any shortage for the latter, making 2019 still quite the standout year for gaming in general. So let’s look back at the ten best games of 2019—the last year of the previous decade!

Let’s get this out of the way already: after the franchise’s many misses and lukewarm releases, Call of Duty finally managed to get back to the gaming public’s good graces with the confusingly named Call of Duty: Modern Warfare reboot.

Aside from the welcome return to the present-day setting and fixes to the multiplayer, what made the latest installment click with its re-energized players is the campaign. A relevant, emotionally-intense, and action-packed story about the moral ambiguity and chaos of present-day conflict, it’s a must-play, even by casual gamers and gamers looking for a broad experience.

It’s no surprise that Sekiro: Shadows Die Twice was hailed as 2019’s Game of the Year by The Game Awards, as it’s a familiar yet unique FromSoftware offering. Their first ever title to be set in feudal Japan has a lush storyline that’s spelled out for the players instead of being so ambiguous that players have to read between the lines.

Its grounded combat and steep learning curve is reminiscent of Dark Souls and Bloodborne, except instead of being evasion-based, it’s more block and parry-focused. So instead of a stamina bar, you get a guard bar, which determines how many or how strong the attacks you can deter before your guard is broken. This allows for a faster-paced, more on-your-toes combat. The fight mechanic, gorgeous imagery, and haunting story – these make Sekiro a quintessential 2019 game.

The long-running and well-loved Pokémon franchise is not one to miss an appearance at the closing of the decade. It’s a much-awaited game as it’s the first ever installment to be on the Switch. So, despite its many controversies and inability to live up to the exact expectation of hardcore fans, it managed to be one of the top-selling games of the year.

PokémonSword and Shield gives trainers—both old and new—the opportunity to explore the Galar region, which is based on the UK. Aside from certain Pokémon, unique to the region are wild areas, where you can catch powerful Pokémon, camping out, and cooking curry. Last is Dynamax, a new mechanic that temporarily boosts a Pokémon’s size and stats and upgrades its moves. Indeed, Pokemon has come a long way. The best way to see that is Pokémon Sword and Shield.

After Resident Evil 7’s wild departure from the series’ tried-and-tested formula, Capcom decided to bring their baby back to 2. However, it turned out to not just be a rehash, but a polished remake that utilizes the RE Engine. With such tech, the game has become so movie-like, thanks to its photorealistic rendering and shading, making Raccoon City and its infected more terrifying than ever. And perhaps most importantly, it uses Substance Scatters, which creates realistic-looking human skin, giving Leon, Claire, and Ada the best look they’ve ever had. If you want to relive the fear Resident Evil brings or face it the very first time, Resident Evil 2 is the perfect gateway.

Last but definitely not the least would be Star Wars Jedi: Fallen Order. From the developer that gave solid hits like Titanfall and Apex Legends, Respawn Entertainment managed to redeem the franchise’s name in the gaming scene.

Set in between Episode III (Revenge of the Sith) and Episode IV (A New Hope), the game puts you in the shoes of Kal Kestis, a young Jedi in the time when the Order was being hunted down by the Empire. For him, the time for running is way past, and the time to fight back had begun. So hopefully you, the player, got your mad skills, because this game adopts Dark Souls-esque combat mechanics, except with much more emphasis on parrying.

So there you have it, the best games of 2019, and for very good reasons. If you haven’t played even just one of them, you still have ample time to catch up and give them a spin. After all, 2019 was just a year ago!