Best Games to Play for the Story in 2022 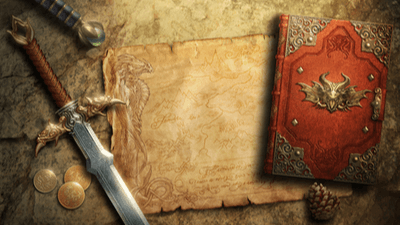 Some people play games because they like to increase their levels or grind the perfect build, while others would just leisurely enjoy the campaign. The former is more likely to skip through all the text and story content, while the latter type of gamer follows every conversation and story thread closely. If you enjoy story-heavy games where your choices matter, then this is the article for you. Here are some of the best games to play for the narrative and characters in 2022.

Bioware has built up a great universe filled with interesting characters. While Thedas can’t seem to get out of world-ending situations for long, there’s always someone to step in to protect it. Whether it’s a new initiate of the Grey Wardens, the Champion of Kirkwall, or the Inquisitor, they’ll do their best to save the world.

Aside from world-threatening situations, you’ll be accompanied by a crew of party members whose relationships are in your hands. Befriend, antagonize, or romance them to make your journey more interesting.

With Dragon Age Keep, you can also have variations of the world, depending on choices made. Will Alistair be the king of Ferelden? Will Cullen end up a crazed beggar on the streets of Kirkwall? Choices you make in the past games affect the future ones in some way, and that’s amazing. All of them can be played even without playing the others, but playing all three (one after another) would be good for a deeper appreciation of the characters.

Follow the adventures of Nathan Drake as he uncovers the secrets of ancient civilizations. While he’s a treasure hunter by trade (with a lot of shady connections), he’s a little like an adventuring archeologist as well.

Of course, he’s not doing his treasure-seeking activities alone. He’s backed up by a crew of friends and even antagonists. Though he does some morally grey things, Nathan has a heart of gold and will try to save as many people as possible, even if they are his enemy.

The mainline series span four games, with various spin-offs. One of those features Chloe Frazer instead, one of Nathan’s friends. There’s much to love about the franchise, from the beautiful locations to the gripping storylines. It’s also been described as almost an interactive movie, especially Uncharted 4.

The Last of Us

From the same makers of Uncharted comes a post-apocalyptic journey with a grieving father and his adopted ward. Sure they didn’t get along too well at first, but as the journey went on they got close enough to become a father-daughter team.

Set after the end, there are only a few human encounters throughout the game. The bulk of the game follows the interaction and growing relationship between Joel and Ellie. It culminates into a final decision at the end of the game, which is simultaneously the easiest and hardest the player will have to do. You don’t have any choice in the matter, actually, it’s Joel’s choice, and you’ll probably agree with him or at least understand his decision.

It has been named one of the best games of all time, a masterpiece in its own right. It has a sequel, The Last of Us Part II focusing more on Ellie’s personal growth.

Kratos’ raging temper has cooled down somewhat after spending some time with his (second) wife and son. The game proper starts when he decides to fulfill his wife’s last wish. And he couldn’t leave his son alone in the house, so he took him along.

What results is a journey of discovery. While they are father and son, Kratos has kept many things secret from Atreus. He still does his best to be a better father, unlike the experience he had with his own. He urged Atreus to learn from past mistakes and not to repeat Kratos’.

Aside from the widely-praised story and characters, the game’s graphics also deserve mention. With a PC version and the power of the best graphics cards, the already gorgeous environments get even better. It was exceptionally good on the PS4 and it’s even better on current-gen hardware.

What’s more badass than coming out alive after getting shot in the head? Finding the bastard that did it and returning the favor. In my biased opinion, Fallout: New Vegas is the best entry in the franchise, even though graphics are dated by today’s standard.

The Mojave Wasteland is just filled with opportunities. There are patrols of Cesar’s Legion running around aside from the usual mutated critters. It’s also littered with quests to do, so you’re never just wandering around with nothing to do. Plus, you hold the key to bringing the whole wasteland to its knees or bringing about a better future.

It’s certainly better than the basically-the-same endings you get from Fallout 4. It’s more polished and filled with life than Fallout 3. As older games with different modes of gameplay, the ones earlier than 3 are incomparable. There’s even a mod out there that’s trying to recreate FO: NV in Fallout 4’s engine!

Bonus: What Remains of Edith Finch

In a calmer vein from all the other action-packed games above, What Remains of Edith Finch is a leisurely stroll through the history of the Finch family. Of course, the retelling is a little exaggerated, but you’ll be able to connect with each member and their struggles.

The gameplay is quite sedate and varied, depending on whose story you’re going through. Again, more action-oriented players would pass on this ‘walking simulator’. Yet, it’s a game that tells its story very well. Even if you won’t meet any of the characters, the game presents the stories in a deep, intimate way. You still get to know them even without meeting them, in the things they’ve left behind.

It’s a game to get you thinking about death and what it means, for both the departed and those left behind.

There are many games out there, and sometimes, things fall through the cracks. Kingdoms of Amalur: Reckoning is one such game. It does have its flaws, but it’s a good experience overall. Metacritic gives it a ‘favorable’ rating across all of its reviews. However, it was deemed a failure for not reaching sales expectations nor returning a profit for the developers. Still, you can give it a try and it offers a few days’ worth of content.

Some would also recommend The Witcher 3: Wild Hunt, but at the moment of writing, I haven’t finished the game yet. Of course, there are still some other (not-so) hidden gems for the best RPGs out there. Also, not everyone will agree to everything on this list, and that’s okay. People are entitled to their own opinions, and this is only one such opinion.

Have fun and enjoy gaming!