Take to the Skies with Century: Age of Ashes 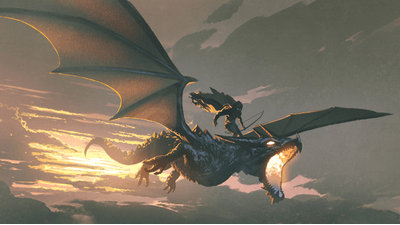 It is a good day to fly! Playwing LTD brings players its newest game Century: Age of Ashes. The high-flying free-to-play game allows gamers to hop on the back of large dragons and take them into battle. Let the dragons shoot down opponents by breathing fire on them, shooting them with icicles, damaging them with toxic and poisonous gas, or blasting them with bolts of lightning.

With new games coming out at such a frequency, it’s hard to make games that truly stand out. At the same time, it is also difficult to create a hit game that can maintain its initial players from the launch. Century: Age of Ashes seems to have the potential to be a game that can attract, as well as retain, many players. With its well-designed gameplay, combat features and absolutely gorgeous graphics, Age of Ashes sets itself up as one of the rising stars of the genre.

Century: Age of Ashes lets players compete in multiple modes and enjoy the fast-paced high-flying mechanics of dragon-riding. These modes range from free flight mode to deathmatch. Here is the list of all co-op games currently available in the game:

These game modes allow players to experience the fullness of the game. Having multiple game modes in fighting games allows variety and reduces the feeling of being repetitive, which Age of Ashes does a good job on.

As a PVP game, there are of course various types of characters or classes for players to use. Each class will have its own function and will have its own way of contributing to its team. Here is the list of classes with brief explanations of what they are:

Hunter’s Mark – throw a target-seeking fireball. Opponents who get hit by the fireball are tracked and received increased damage from the tracker.

Frost Bolts – fires three ice projectiles at enemies that cause high damage and reduce the ability of enemies without shields to maneuver.

Naerdor Phantom – This class rides the Nightsnagger dragon. This character functions similar to rogue classes as it tends to have stealthy and assassin-type type gameplay. This class relies on hit and run tactics and the usage of traps. Here are the skills:

Mystic Shroud – cloaks the character for a short duration. Attacking will cancel the effects of the shroud.

Mine – plant bombs on walls that explode when triggered by opponents.

Blast – detonates a small shockwave that pushes away enemies.

Skeldian Windguard – This class plays as the support type for its team. It rides the Ironwing Dragon. Its abilities focus more on disorienting enemies and assisting allies. Here are its skills:

Salvation Surge – Dashes towards allies and provides a temporary shield. It also reduces the cooldown of fireballs and provides healing.

Blast – detonates a small shockwave that pushes away enemies.

Hatch Your Own Dragon

Age of Ashes also allows players to hatch eggs. For a dragon egg to hatch, players will have to meet certain requirements by completing tasks while the egg is equipped. Dragons hatched from the eggs do not provide any new power-ups or skills as they are purely for cosmetic purposes.

A Game with a Huge Potential

Overall, Century: Age of Ashes provides gamers something they have wanted for more than a decade, fighting each other atop flying giant lizards. There are still some kinks and bugs to work out since the game is entirely new. The interface can be quite confusing, especially when you are stuck in the midst of all the battles. The game might be a little too fast-paced for beginners to keep track of their surroundings. However, with gorgeous graphics, unique concept, variety in playstyle mechanics, and easy-to-understand premise, the dragon fighting game is bound to be a great success.