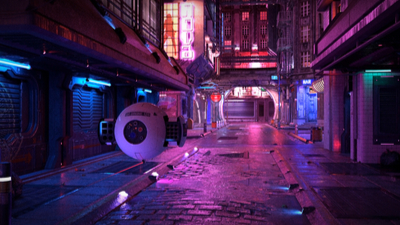 Questions about Cyberpunk 2077 are often about which faction to go with or not. As for what weapons they should use, not so much, because practically everyone just gets the strongest katana and call it a day. Kidding aside, surely, there are people asking about Cyberpunk 2077 best weapons, and we’re here to deliver. So don’t you dare delta, because here are some majorly preem Cyberpunk 2077 weapons!

After seeing all those Johnny Silverhand flashbacks, we’re sure you want to get your hands (pun intended) on his gun. It’s only fair that you get one of his prized possessions, considering that he’s in your head.

To get the gun, you have to make the choices that will make Johnny friendlier with you until you get to the questline where Johnny will ask you to lend him your body for a particular time. Eventually, you’ll pick up the mission Chipper. By its end, you’ll be confronting Grayson, a lone gunman that’s linked to the one who killed Johnny. After killing all enemies, you can now get Johnny Silverhand’s gun, which is specifically known as Malorian Arms 3516.

The Malrorian Arms 3516 has awesome attack animations, as well as a special ammo that burns enemies, giving the whole “we got a city to burn” thing a more literal meaning. It should go without saying that Johnny’s gun deals a lot of damage, so novelty aside, it’s a weapon that you’ll be using because of its stats as well. And while we’re talking about Johnny’s earthly possessions, you might want to keep your eyes peeled for his kickass Porsche 911!

Another handgun on the list is Skippy. Much like the Malorian Arms 3516, Skippy is also special but for a different reason: it’s a smart gun whose shots home in on targets because it has self-guided bullets. Also, Skippy scales to your level, so you don’t have to worry much about upgrading.

Aside from its accuracy, it also deals pretty good damage for a sidearm, so it’s very much worth getting. Plus, speaking of it being a smart gun, it is literally smart, as it has a very animated and quirkily funny AI that talks to you, making all sorts of quips when you use him.

The downside, however, is that you’re not its actual owner. In fact, Skippy is a part of the Machine Gun side quest, which requires you to return it to the owner, Regina. Well, you can keep Skippy, but all of its dialogues will be replaced by BAD USER, which is also pretty quirky in itself. If you don’t want that to happen, you can agree to return Skippy and choose not to finish the quest, but you won’t be able to put it in your storage as well as the wall in it, so you’ll have to choose to keep it. That, of course, means he’ll call you a BAD USER all the time, but hey, you can’t have everything!

Hey Samurai, did you know that there are other melee weapons other than the katana? Of course you do, it’s just that they’re not as cool as the traditional Japanese sword. However, there are always exceptions to the rule, and a good one at that is the Gold Plated Baseball Bat.

Before anything else, you should know that this is a non-lethal melee weapon. You probably won’t be able to use it in deadly fights, but it will definitely has its uses. Plus, it’s a gold-plated baseball bat. It doesn’t have to be useful (even though it is); it just has to be cool!

Much like the Malrorian Arms 3516, you also have to humor Johnny Silverhand in order to get the mission Second Conflict, which is where you’ll get this one. Part of the mission involves Samurai ex-member Henry pouring concrete on Denny’s pool–it’s where you’ll find Denny’s golden bat.

Last but definitely not least would be the Overwatch Rifle. Obvious jokes about another company’s role-based hero shooter aside, this is a rather reliable and well-rounded weapon as it deals much damage, has fast reload speed, and a custom silencer to boot.

Getting this gun is rather easy–you just need to complete Riders on The Storm, which requires you to follow Panam Palmer.

So there you have it, our Cyberpunk 2077 best weapons list! So Samurai, getting these arms will get you closer to being the top dog of this decadent and futuristic megapolis. Now delta on outta here. You’ve got a city to burn!