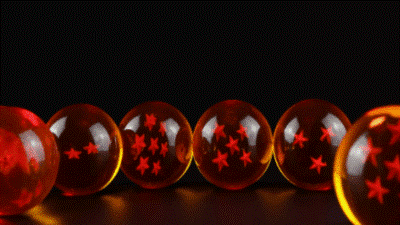 Card battlers can be boring, but Dragon Ball Legends is full of action. It allows you to pit your favorite villains and heroes from the popular anime/manga series against each other! Whether Android 18 or Majin Buu, you’ll find a character you love.

Dragon Ball Legends has a lot going on—it features more than 250 characters that are sure to bring out your inner martial artist. Knowing which characters are the best can be difficult with a lineup like this. A massive roster means that not everyone will be up to par during fights; after all, no game is perfectly balanced. If you’re wondering which characters in Dragon Ball Legends should be part of your team in 2022, we’re here to help. We’ve sorted all the worthy characters in a DB Legends tier list to help you choose which Saiyan to pick for an optimal team composition.

Here’s a rundown of all the Z-tier characters in Dragon Ball Legends:

Z-tier characters are considered the cream of the crop in Dragon Ball Legends. They have high stats and abilities, making them capable of annihilating everyone in their path. The only caveat of these characters is that they’re incredibly challenging to get; you’ll have to reroll multiple times owing to the unforgiving gacha odds in DB Legends—if worse comes to worst, you might even be tempted to open your wallet, especially if you’re following a DB Legends tier list.

If you can’t get a Z rank character, there’s no shame in settling with an S rank character in Dragon Ball Legends. While Z-tier is undoubtedly superior, characters that belong in the S-tier are more than capable of getting the job done.

A-tier characters aren’t as good as S-tier ones, but at least they’re competent enough to stand up to them. Almost all of the characters in A rank can give you a significant chance to score victories in PvP matches.

B rank characters are only occasionally picked by players since they’re not as good as S or A rank characters. But if you’re just starting in Dragon Ball Legends, they’re worth considering—at least enough until you get to the late game where characters can pack more punch.

You should avoid D rank characters at all costs. They don’t bring anything to the table, nor do they have any advantages that at least make them enough to be part of your roster. Since they’re part of the off-meta, chances are you’ll only be using characters in this table if you don’t have a choice.

Why You Should Collect All the Characters in Dragon Ball Legends

Hopefully, our Dragon Ball Legends tier list gave you a good idea of who to look out for during the many fights in the game. Since the game gets balance changes and updates frequently, it’s always handy to have a handful of characters always ready in your inventory. After all, what’s off-meta could become the strongest character in Dragon Ball Legends for a while.