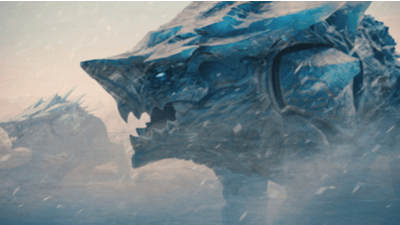 Watching Collapse’s Magnus in TI10 has made the hero look incredibly easy. However, once you start off with it in pubs, you’ll realize that playing effectively with the hero isn’t really a piece of cake. Don’t worry though, this guide will help you figure out Magnus’s abilities, item builds, and how you can own the enemy team single-handily with the hero with this DOTA 2 Magnus Guide.

Magnus is usually played as an initiator or a counter-initiator, especially useful for catching enemies in a gank fight. He is one of the few heroes who can solo dominate mid-lane, constantly harassing enemies and clearing hoards of creeps and jungle camps using his Empower and Shockwave combo. The hero can also help his team take fights in the Offlane and act as a Semi-Carry by late game.

Magnus relies heavily on the precise combination of his abilities to become a nuisance for his enemies. A thorough understanding of his utility will give you a much-needed advantage over the enemy team early in the game. The following guide on his kit provides you with just that.

Magnus sends a Shockwave in a line that damages the enemies, pulls them towards him, and slows them down. Make sure to max out Shockwave during the laning phase as its ranged damage potential is good for harassing the enemy carry and securing the last hits for low mana cost and cooldown. You can use this spell, later on, to help chase down enemies that are running away.

The Empower ability gives a damage boost to Magnus and his allies for a long duration. It also provides cleave damage with each attack which means when you hit a creep or enemy, any nearby enemy units will also take a percentage of the damage. Not only is this ability great for farming jungle camps fast, but it also fares pretty well against illusion-based heroes.

Since you can also give Empower your teammates, it serves as an excellent boost to your hard-carry to help them clear camps faster and amp up their good.

This ability enables Magnus to rush towards and displace enemies with his tusk, further causing damage, and debuffs affecting the enemy’s movement and attack speed. While it can be tricky to pull off effectively, the key is to learn and determine the enemy’s path before casting it.

Use this spell to reposition Magnus or initiate team fights. You can also pair it up with Magnus’s Aghanim’s Shard which gives you the Horn toss ability to toss enemies behind you. With the shard, all you need to do is blink in, toss enemies behind you and skewer them right into your team for the whooping of their life.

Magnus’s ultimate, Reverse Polarity, sucks enemies towards him in a 410 unit radius and slams the ground which deals damage and stuns your foes for a fair bit of time. To get the maximum out of your ult, use some initiation tool like Skewer or Blink Dagger to position yourself in the middle of enemy units. The more enemies you can stun, the better.

Reverse Polarity is complemented by Magnus’s first and second abilities, which allow him AOE damage to decimate the stunned enemies. It’s also recommended to combo it up with other abilities like a Pheonix ultimate or an Enigma’s Black Hole.

Now let us plunge into a detailed items guide for Magnus. While the item build varies on whether you’re playing the hero as an Offlane or a Midlaner, we’re focusing on the more popular Midlane build for this guide. So, here’s what you should make at each stage of the game:

Playing Magnus in Midlane means that you need to deny enemy heroes their farm with the help of Magnus’s high base damage. Since you don’t pose any kill threat in the early stages of the game, you should just try to push out the lane into the enemy tower and farm jungle camps until the next wave comes.

Some beginning items that will set Magnus off to a good start are as follows:

Tango:  A much-needed regen item so you can trade blows with the other Midlaner during the laning phase.

Healing Salve: When playing the mid-lane, it’s always beneficial to carry a Healing Salve with you in case you get low on HP. Alas, you don’t want to be running back to the fountain and wasting all the gold and XP from the lane creeps in the process.

Quelling Blade: Playing on any melee carry requires you to get a Quelling Blade. It increases your damage against creeps, allowing you to last hit or deny them easily.

In the early game your priority should be to maximize your farm. Don’t look for ganks until you reach at least level 6. And even then, prioritize ganking only if you get a good rune like Haste or Invisibility that’ll help you walk up to your enemy’s face and use your ultimate.  Prioritize the following items early on:

Bottle: Essential on most Midlaners, the Bottle allows Magnus to quickly regen his HP and Mana without running back to the team Fountain time and time again.

Power treads: Early move speed from the boots is essential to catch up to runes and walk quickly from camp to camp while farming. Moreover, the extra stats from the boots also helps in clearing out camps faster.

Magic Wand: Although not always necessary, if you’re playing against heroes which use their spells extensively, like a Puck, getting a Magic Wand or even a Stick can be a great help.

In the Mid-game, you need to stick with your teammates and make space for your carry to farm. Prioritize smoking and ganking the enemy or pushing out towers. Also, keep a TP available on you to fight the enemy if they decide to gank your team. While pushing towers, trying to take jungle control of the enemy’s side of the map, you should prioritize making the following items:

Echo Sabre: Magnus has a ridiculous amount of damage with his hits. With the double-hit from Echo Sabre, he can decimate enemies in the blink of an eye.

Blink Dagger: Absolutely crucial to initiate against enemies. Blink into the enemies, use your Reverse Polarity, and let all hell break loose!

Shadow Blade: Alternatively, you can also get a Shadow Blade if the blink isn’t getting your job done. The invisibility from the Shadow blade allows you to sneak up on the enemy backlines and use your ultimate to initiate the fight.

By the late-game, rookie Magnus players usually tend to fall off. However, if you’re a six-slotted powerhouse with the right item build and execute your abilities to perfection, then no one can really stand in your way. While executing abilities perfectly is something that comes with practice, you can learn the best item build for late-game below:

Black King Bar: Getting a BKB is essential if you’re playing with enemies that are spell-dependant. You don’t want to blink in six-slotted into a fight and get hexed by a Support Lion and chain-stunned to death.

Daedalus: If you want to melt down your enemies during the 3-second stun duration of your Reverse Polarity, the damage and crit provided by a Daedalus are all you’ll need.

Assault Cuirass: If you’re feeling extra squishy during team fights, an Assault Cuirass is just what you need to get a fair bit of armor and attack speed. It’s also useful against tanky enemy heroes since its aura reduces armor buffs from the enemy.

Shiva’s Guard: Most players struggle to manage their Mana in late-game fights, often resulting in their Mana pool depleting before they can pull out a Reverse Polarity, Shiva’s guard not only slows down enemies and reduces regeneration but also provides you with ample Mana for long, drawn-out team fights.

With everything laid out above, here are some extra tips that you can use to improve your gameplay on Magnus and finally start that green streak:

However, when playing for your ultimate, try positioning yourself in the middle of the enemy team to increase its area of effectiveness. Also, ensure good communication with your team while initiating fights so they’re all on the same page as you.

If you love harassing enemy teams by stunning them with AOE attacks and throwing them off their positioning and timings in a fight, Magnus is the hero for you. With that said, we hope you enjoyed our guide on playing Magnus in Dota 2. Let us know which guides we should do next!