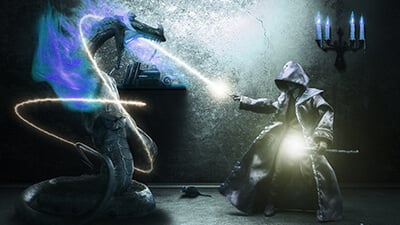 Choosing a class is one of the biggest decisions you can make when playing an MMO. EverQuest offers sixteen to choose from. Having that many choices can be daunting, especially if you’re not new to the game and are unsure how they’ll perform. You start to ask questions such as ‘what classes are best for a beginner?’, ‘which ones are good for soloing or group raids?’, and ‘which EQ classes are the best DPS/tank/healer?’ to help you get a better perspective.

All of these are valid questions to ask. They will help you find the class with which you can gain the most success. So whether you’re a returning player or a complete beginner, read on for the answers to those questions and more!

What EQ classes are best for a beginner?

Generally, the best classes are the ones that are straightforward and meant to play a certain role. Warriors, Magicians, and the DPS classes are good starting classes. Some of those may have a gentle learning curve to deal with, such as Rouges and Monks. However, compared to the sheer drop of trying out a Bard, that curve is nothing.

What EQ classes are good for soloing/groups?

Versatile or hybrid classes are often the classes that can solo without major problems. Examples of those include Druids, Rangers, and Magicians. Some other classes can only solo with either high levels or very good gear.

What race should I pick?

Your character’s race, in the long term, doesn’t affect your class too much, other than appearance and class availability. Some races won’t allow certain classes, such as Dwarves not being able to become Rangers. What you can do is pick a class you want then choose the race. Otherwise, you can do the reverse and pick a race then choose from the available classes.

To get the best class for you, you should first figure out what you want to do. Do you want to tank, deal damage, or support your team? Ultimately, your preference will decide which EQ classes will work best for you. Research is your friend. Get the opinions of your friends or veteran players. You can even look at rankings to see which are the most popular classes and choose from those. That’s how you pick your class to play. Remember that the most important thing is to enjoy your choice. Have fun playing EverQuest!