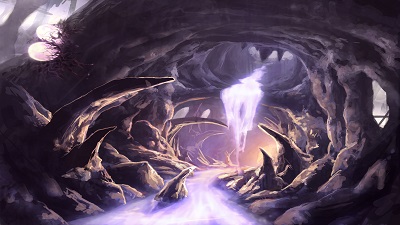 Final Fantasy XIV has definitely come a long way from its humble, albeit troubled beginnings in 2010. From the 2013 A Realm Reborn rebranding to two new expansions in the form of Heavensward and Stormblood, Square Enix seems to be fully intent in continuing the success of its MMO giant with the introduction of 2019’s Shadowbringers expansion. Featuring the third in a successful history of constantly evolving additions to the world of Eorzea, Shadowbringers introduces a new storyline, massive additions that include new activities and character choices, as well as several quality of life improvements.

How Will Shadowbringers Continue the Storyline Of Final Fantasy XIV?

The story takes place right after the events of Stormblood, and takes the Warrior of Light (you) to the world of the First — a new and outlandishly creepy world. Without spoiling the story too much, what we can tell you right here and now is that Shadowbringers will subvert your expectations of the whole Final Fantasy XIV continuity — prepare for a flurry of clever surprises. You will take on malevolent beings known as “Sin Eaters”, creatures corrupted by light, and trust us when we say that the expansion’s storyline pulls no punches when it comes to fleshing out its story in mature and macabre ways.

Is Shadowbringers Bringing Anything New to the Final Fantasy XIV Experience?

On top of a full-length single-player story experience, Shadowbringers features 2 new jobs, 2 new character races, 9 new dungeons, 2 new end-game raids, a new gameplay system, and a plethora of new items, equipment, and weapons to collect! There’s also one new Primal to challenge: Titania! The third expansion is filled to the brim with content, making it difficult to pass up on the $40 price tag, especially if you’re a Final Fantasy XIV veteran.

The inclusion of two new job classes brings more replayability; choose between the tankish Gunbreaker, and the damage-dealing Dancer. As a Gunbreaker, you will be wielding the almighty Gunblade from the beloved Final Fantasy VIII, and your skills will revolve around “clips” that you empty to power up your blade with aether to “agro” your enemies. The Dancer, on the other hand, uses bladed chakrams to deal damage from afar, while buffing select party members assigned as their “Dance Partner”.

Shadowbringers also provides new players with more options as far as which race to take on, while giving returning players an incentive to start anew with the addition of two new character races. These are the male-exclusive feline Hrothgar, and the female-exclusive bunny-like Viera. Like all character races, their stats vary for each job class at the onset, but they eventually even out as you reach the ranges of level 50 and above.

9 new dungeons are available from launch, and we are stoked by their open-ended design. It’s easy to forget that you’re confined in instanced dungeons when most of them are structured like open maps in the game. There are also two new end-game raids: the 8-man “Eden” which comes out this week, and the upcoming 24-man raid “YoRHa: Dark Apocalypse”. If you’re a fan of NieR: Automata, the name should sound familiar to you as it’s being designed by the awesome guys behind that game. Talk about banking on your own intellectual property! And that is good, because these are the out-of-this-world Square Enix tie-ins that we’d grown to love in Final Fantasy XIV.

Finally, the best addition by far to Shadowbringers is the incredibly useful Trust System. This gameplay feature allows you to instantly enter dungeons with the aid of NPC allies. If you have been playing Final Fantasy XIV since A Realm Reborn, you should know by now that as a DPS character, it can take almost half an hour to queue for a dungeon using the Duty Finder. With this, you can now complete dungeons without ever having to wait long. There are a few caveats, though: First, the Trust System is only available to the 9 new dungeons. Second, once you complete the Shadowbringers story, the NPC allies you have start having levels which you need to raise before they can take on harder dungeons. This is fair, because Final Fantasy XIV is an online and social game after all, and you will still need to party up with other people. We’re hoping they bring over the Trust System to older dungeons as well, but how this will affect the online multiplayer ecosystem of the game remains to be seen.

Is There Anything I Should Know or Prepare For Before Playing Shadowbringers?

Graphics-wise and on a technical level, Shadowbringers is still the same Final Fantasy XIV. Progression-wise, however, you have to have already completed the storyline for A Realm Reborn, Heavensward, and Stormblood — this also means you have to pay for each expansion, if you haven’t. For newcomers, this means sinking in hundreds of hours before you can actually enjoy Shadowbringers. The new character jobs, Gunbreaker and Dancer, are also gated behind level 60 so it will actually take a while before you can take on these new roles. As with any MMO, you have to invest a considerable amount of time before an expansion becomes relevant to you — but that is also part of the charm and intended design of these releases. Playing the vanilla version of the game allows you to find out if the game is for you and if it will grow on you.

Is Shadowbringers Worth My Time?

We’re giving this a resounding YES! Shadowbringers is quite possibly the best state Final Fantasy XIV has ever been in. It manages to bring something new to the table with the Trust system, new raids and dungeons, as well as two new jobs and races. Even though the game has always been subscription based, Square Enix respects the value of your money by packing in everything we’ve covered here in a handsomely priced package of $40. If you’re invested in the game’s story, this recommendation becomes even easier to give, as Shadowbringers’ provides closure to some of the characters’ motivations and agenda — and does it in the most emotional and satisfying way possible.