Gaming Leaks Can Be Good AND Bad 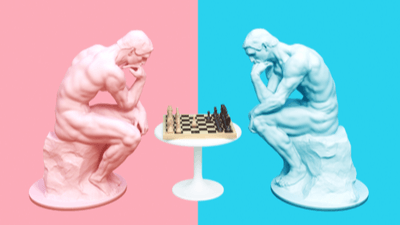 Whether they come in the form of unannounced titles, unreleased cosmetic items, or confidential information that developers absolutely don’t want their fans to know about, leaks are something that we gamers are familiar with. These days, it’s extremely hard to keep anything a secret in the modern gaming industry. Things get even worse when it comes to teasing new content for service-based online games. But do the leaks help the game itself by boosting interest and engaging in new audiences? Or do they harm the industry and seriously damage everyone’s anticipation?

Leakers vs. Dataminers: Is There A Difference?

It’s easy to call out both as being detrimental factors on why the surprise factor is gone from video games, but there are distinct differences between the terms ‘dataminers’ and ‘leakers’.

Dataminers are fans of the game that have the know-how to crack the code that’s left behind in updates or patches. Since dataminers just look at the lumps of data that may or may not make it through the live game, all the info they divulge is best taken with a grain of salt. Usually, leaks that come from dataminers are posted on social media platforms and forums like Reddit and Twitter, where they can be seen by a mass audience and shared around with ease. Games that fall prey to dataminers are typically shooters and battle royale games, with the top victims being Apex Legends, Warzone, and Fortnite. This may be because of the hunger the community has for the latest news, as well as their overall popularity. Online competitive BRs and shooters have abundant unreleased codes thanks to the many regular content updates and patches, making it a gold mine that’s just ready to be sifted by inquisitive and eagle-eyed dataminers.

Leakers, on other hand, can be someone close to a project that reveals highly sensitive information to fans either through straight-up-NDA-breaking announcements or anonymous internet accounts.

There are cases when leaks are being “controlled” in the gaming industry. I don’t mean that leakers are being handed the information they release to the public. Instead, the developers would purposely add suspicious codes into their game files that would be noticed by dataminers. Whether we like it or not, it’s not surprising to see devs using this tactic to generate attention and interest for their games; good or bad, publicity is publicity, after all.

Then again, there are plenty of instances where info gets leaked accidentally. This goes especially for new titles since they are internet sleuths keeping tabs on the latest trademarks from companies or developers. Heck, these people would even go so far as to scour patent databases. Third-party companies who deal with the game’s release can also be involved, be it distribution companies, rating boards, or even job ads from development studios.

Killing the Anticipation and Excitement

Compared to movies or TV shows, the gaming industry uses leaks in a completely different manner. TV shows and movie fanatics have to deal with aggressive spoilers and revealing information such as cast surprises, story details, and even how the finale will go down. In contrast, video game leaks, rumors, and spoilers don’t necessarily inherit all the negative sides of excessive information reveals. However, they still have the power to kill the anticipation when too much is exposed.

The internet is a vast ocean filled with little and big fish that live within it. This fragile and unstable ecosystem houses dataminers, leakers, and developers, creating a constant power struggle for the control of the sea. There’s always a hungry mass of audience ready eager to get any shred of news for their favorite games, but on the other side of that spectrum, there are gaming companies that are trying to time the press for their release – it’s a complicated situation, that’s for sure.

As gamers, any news is good news; the source doesn’t matter. But if we were to put ourselves in a developer’s mindset, it can be quite convoluted. Leaks can be bad for companies, they flush perfect PR strategies down the drain, along with the cash that accompanies them. It’s easy for a developer to feel they’ve lost control of their project if a massive leak happens, and it can be a huge blow for the hundreds of staff who worked on the game.

There are instances where publishers and developers can directly spread leaks and rumors in their favor, but single-player titles rarely benefit from this. Overall, leaks can be detrimental for both gamers and developers if too much content is revealed. Not only would it spoil the fun of discovering new things about the game by yourself, but it’d be a PR nightmare to handle too.