How to Get Honeycomb in Minecraft Guide 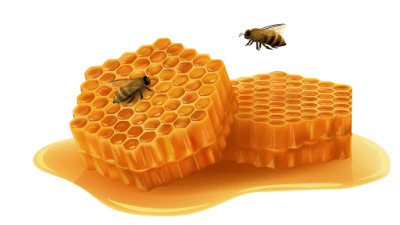 There are tons of resources that players can and need to harvest in Minecraft for various crafting. Honeycombs are some of the most essential materials for players, especially for decorative purposes. However, gathering this ingredient can be dangerous when you don’t know how to avoid angering the bees that guard them. This how to get Honeycomb in Minecraft guide will teach players how to obtain it efficiently and safely.

What Are Honeycombs For in Minecraft?

These materials are unique resources generated by bees that live in a Beesnest or Beehive. Honeycombs are mainly used for decorative purposes such as making candles, honey blocks, and waxed coppers. Copper items will eventually oxidize and change color when placed in the open. Waxing it with honey will stop these items from changing and retain their original color.

How to Get Honeycombs in Minecraft?

The two ways of acquiring Honeycombs in Minecraft are Beesnest or Beehives. Nests are naturally spawning blocks found attached to either Oak or Birch trees in areas with flowers, such as plains and meadows. Meanwhile, hives are manually made by players using plank and Honeycombs. The process of harvesting the material itself is the same.

Players need to shear either resource-generating block to get Honeycombs to get the combs. Doing so will anger the bees living in those blocks, making them attack you. While you can try to defend yourself by killing the angered insects. However, slaying the residing bees will stop the generation of Honeycombs until a new set of these pollinators arrives. Unfortunately, it is not guaranteed that a nest or hive will receive new residents, so it is best to avoid the current ones.

How to Calm Bees When Harvesting Honeycombs?

The best way to avoid getting into a fight with bees while harvesting Honeycombs is to calm them down. In real life, smoke is used to knock out or pacify insects, which is also doable in Minecraft. Players can fire under nests and hives or place campfires beneath them. The smoke from these blocks will affect the bees above, making them docile. Gamers can now safely harvest their Honeycombs without the risk of getting attacked.

Another alternative way of getting Honeycombs without getting attacked by bees is using Hoppers. Place a hopper with shear in the inventory directly underneath the hive. The hopper will automatically harvest combs without angering the bees.

How to Create Your Own Honeycomb Farm?

Beenests can be found randomly in specific biomes with flowers. It can be quite painful and tedious for players to scour every nook and cranny just to find a nest to harvest Honeycombs. The alternative is to make your own farm, which will use Beehives.

Players must first obtain Honeycombs from nests to create a hive, so you still have to find a randomly generated Beenest before creating your farm. After acquiring some bee resources, you can start building your first Beehive. Here are all the things needed to craft one:

Players will use the Crafting Table to create the hive. Any plank will do, so just use whatever is available to you. Here is the pattern for making a Beehive:

After creating your first Beehive, you need to place it near areas with many flowers or crops. Bees are pollinators, so they will need pollen to create Honeycombs. You can choose to find a nice place with lots of flowers, or you can just make some using bone meal on dirt.

There are instances when Bees won’t come to the hive right away. It may take some time for some of them to find your farm. Alternatively, you can try to look for Bees yourself and take them to your Beehive. These insects will follow anyone holding a flower, so bring one when you start looking for some pollinators.

There is a way for you to gather resources without manually harvesting the combs yourself. Automating gatherers or generators is a big deal in Minecraft, and it is applicable with Beehives too. You will need a Redstone, an observer, a noteblock, a disperser, a hopper, a chest, a beehive, and one full block.

Players should note that they must have bottles and shears in the disperser to collect honey and honeycomb. What this placement does is that the observer determines whether a hive is already full, which will then send a signal to the disperser to start harvesting via the Noteblock with Redstone. The resources will then shoot to the hopper, transferring everything to the chest.

There are several essential resources that players can acquire from Beenests and Beehives. Making sure you have easy access to them can stabilize your supply of Honey and Honeycombs. It is never bad to have too much of one type of material in your storage.