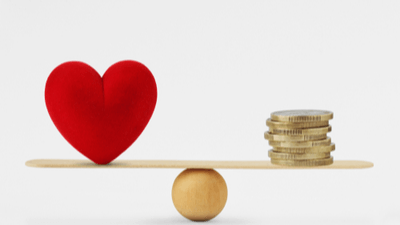 Games With Heart Versus Commercial Franchises

There’s a recent trend in gaming, where players seem to prefer indie games over AAA games published by big-name companies. Anthem was a flop, so was Mass Effect Andromeda. World of Warcraft has been unsatisfying lately, even with the World of Warcraft Classic servers. Call of Duty games are popular, yes, but each game is like a reskin of the last one, with very slight variations. Games come out unfinished and bugged to hell and back (see Fallout 76 and Cyberpunk 2077).

So, what makes indie games different?

They’re Not Afraid to Undersell

Indie games are a labor of love because the developer wants to send a message to their players. Otherwise, they could want a kind of game that doesn’t exist yet or touches upon topics not usually explored in mainstream gaming. Their primary goal is not to make money, but to get their game out there.

If it does sell well, that’s only a great side effect. Look at Undertale and Hades. Their developers were not too well-known before their games became popular in the market. Well, Toby Fox has been making Earthbound hacks and some music, but nobody expected him to make Undertale. In addition, nobody expected it would be a game that is close to being universally loved. It can’t please everybody, but it comes so close to doing so.

As for Hades, Supergiant Games already had some success in Bastion and Transistor, but Pyre had less success than those two. Learning from Pyre, they came up with Hades, and it’s become one of the best indie games so far. It’s also their most critically acclaimed game, being nominated and winning more awards than their past three games.

Publishers and companies eventually end up caring more about profits than anything else. Executives and board members push developers to pursue monetization rather than player experience, jook at Star Wars Battlefront II, Battlefield, or any recent multiplayer releases.

In the case of Star Wars: Battlefront 2, the gameplay, graphics, and multiplayer modes were great. However, it had one glaring fact that players across the board hated, monetization. Sure, players understand if a game has these kinds of features. The thing is the game pushed this aspect too much.

Grinding is an inseparable part of gaming by now. Players get that and most don’t like it, they would do it if they had a goal to achieve. In Star Wars Battlefront 2, you could unlock certain characters with credit. By itself, that wasn’t too unusual, but the fact remained that it would take a disproportionately long time to do so.

Prices were quite high, and each match would give too little currency. Grinding for the character would take such long-time players were hesitant to do it. EA defended this mechanic, saying they wanted to give the player the experience of working hard for something. There is such a thing as working too hard for nothing, though, and it fell flat.

Players could pay for the characters, which is EA’s main goal anyway. The game was already expensive and shelling out even more money for a character they want to play with is asking for too much. Also, while microtransactions in paid games aren’t too unusual (see Overwatch), they gave advantages to paying players. That ruins the balance of the game, which is another strike to the feature.

This is only one example, and most games don’t have this kind of almost predatory monetization aspect. Most are content with locking some kind of content behind paywalls, like DLCs or some cosmetics.

Companies tend to follow what is popular and what worked. Look at all the sports games EA has been churning out. There will always be fans of the game, but don’t you think that it’s always the same? The players change, but the game stays the same, with minor upgrades to systems and features.

World of Warcraft also has fallen into something like this. It followed the trends of current MMOs while preserving the old version of the game through Classic. Many players are okay with the change, but it makes WoW feel like any other game. In the case of Classic, it had a mismatch of what the players value and how the game presents its content.

Gamers today have a taste that’s more in line with the current retail mechanics. They don’t appreciate the slow and steady leveling experience WoW Classic has. Yes, it has quality-of-life improvements, but it’s the old experience brought back.

The point is game developers under big-name publishers tend to conform and ride the coattails of a popular genre or game. Fortnite is a successful example, but that’s because of its adaptable nature and willingness to collaborate. It has broken its own mold, though that’s only one of the factors of its success.

Indie games have no such pressure to conform. Plain and simple, indie developers have the freedom to pursue the topics, mechanics, and monetization systems they want. Sure, some indie games end up in niche positions, but some do get popular enough to warrant notice.

They also find ingenious ways to twist common tropes and mechanics. When ‘Doki Doki Literature Club!’ came out, its subtle horror charmed many players and shot the game to top played and recommended lists. It also came out at a time when Five Nights at Freddy’s and Outlast 2 were the horror game leaders. Both are quite reliant on jumpscares, so DDLC was a breath of fresh air in the horror genre.

Sure, it had inspiration from past games, but those games were cult classics or niche games. Before learning that DDLC was inspired by Yume Nikki, have you heard of the latter game?

The real big names are struggling right now (EA, Activision Blizzard, Ubisoft). All three of them got hit by some serious criticisms and controversies in the past few years. Couple that with the pandemic’s inconvenient timing. With all the safety precautions and the recommendation to work from home, developers are struggling to continue with the quality of work they had pre-pandemic.

Ubisoft’s recent releases, even if it was the one that got hit the least, have lower than usual ratings. Their biggest success was Immortals Fenyx Rising, but it was overshadowed by more interesting games at the time.

EA, ever since releasing Anthem, had some trouble with their games. Aside from Jedi Fallen Order, they didn’t have any notable releases. It Takes Two, 2021’s Game of the Year winner, was only published by EA. It was developed by Hazelight Studios. They might still be trusted to publish some good games, but their reputation for game development isn’t reliable anymore.

Activision Blizzard was hit the hardest by the controversies. Employees went on strike frequently, and the general workplace environment was bad. Players are getting increasingly dissatisfied by the decisions made for WoW content, both Retail and Classic. There’s just general dissatisfaction with the company overall. There aren’t even too many games they’ve released recently.

These three companies’ problems might be the main reason why players are turning to indie games more. That and the fact that these companies are relying on their big-name franchises to keep gamers’ attention could be the biggest push toward indie gaming. If you look at EA Games’ recent releases, they’re expansion/content additions to The Sims 4 or the latest release of their various sports games.

The point is this: AAA game developers/publishers have to step up their game to adapt to the ever-changing landscape of the gaming world. Indie games have grown in popularity because players are tired of the almost-blatant money-grabbing features of some games. Other than that, they’re relying too much on their branding and the long-time fans of the franchise.

Case in point, Pokemon Legends Arceus got released recently. It’s praised for the new twists on old mechanics. There’s a seamless open world, you have to be the one to throw the Pokeball, and the trainer can get hurt from getting too close to the battle. The battling system also got overhauled, and all these things were praised.

On the flip side, there’s still so much that can be improved on. When looking at big Pokemon from far away, the framerate drops to single digits and it’s painful to look at. The open-world also feels empty. While Pokemon hotspots are filled with life, there are portions of the world that don’t have anything in it, even just for flavor. Still, even with these flaws, the game has a generally positive reception.

Capcom also has risen from their former ‘Crapcom’ moniker. They’re consistently releasing great games the past few years, especially the additions to the Resident Evil franchise. For those two games, they returned to the game’s roots with an inexperienced protagonist. While he’s more prepared the next time around, to keep Ethan from becoming a second Leon, his story ended in the sequel.

While good triple-A games are scarce right now, many good indie games can fill the gap. Try another genre than a first-person shooter and you might discover something you’d never thought you’d enjoy. Hopefully, as soon as the AAA publishers get back on their feet, they can return to their former glory.

Whatever type of video game you prefer, have fun and enjoy playing it!