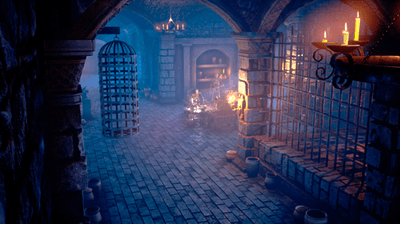 Unlike other game dev companies, Star Vault has always done things differently. Their series, Mortal Online, has always catered to players of all playstyles, shapes, and sizes. Whether you wanted to study the art of combat and become a famous warrior or become a legendary crafter that trades goods across the globe, individual reputation means everything. With the sequel of Mortal Online, Mortal Online 2, nearing its release date, it’s understandable that a lot of people are curious about it. You’ve probably heard it being hailed as the next generation, persistent sandbox MMO that aims to put a focus on deep game systems and immersion, but what do does big words mean exactly?

A General Overview of Mortal Online 2

Mortal Online 2 is a sandbox MMORPG that claims it has complex gameplay and hardcore combat mechanics. Compared to other sandbox-type games such as Myth of Empires where you’d know the materials you need to construct different objects, Mortal Online 2’s crafting system isn’t as straightforward; you’d have to do a lot of trial and error or possibly join a guild to learn new recipes. In addition, the game is entirely based on the players – we’re not kidding when we say that your reputation is everything. As player actions get added to the ever-growing history of the Nave (where the game is set in), characters will be recognized by their actions and the impact they have on their world.

The Story So Far: From Past to Present

The MMO is set in the medieval fantasy world of Nave, in the continent of Myrland. A hundred years ago, Myrland experienced a widespread epidemic called the Tagmaton Irruption which resulted in the invasion of giant, ugly insectoids. These gnarly arthropods not only devoured crops but also consumed cattle and humans. As a result, the events led to the dwindling numbers of the human race. Thankfully, the deadly creatures were pushed away when multiple earthquakes impacted the land, ending the humans’ suffering. Nobody knows what happened to the insectoids or where they reside now, but people being people, they weren’t taking any chances – the rest of the remaining races, like the Huergar, went into hiding.

Fast forward to the present day, societies have begun re-emerging from their temporary homes. This, however, led to humans getting into heated squabbles left and right. As if that wasn’t enough, strange fortifications built by another tribe called the Risar have mushroomed, which suggests that they’re growing in strength and numbers and may therefore pose a threat to the rest of the civilization.

Over 600 skills, a deep combat system, a multi-layered crafting/building system, and a beautiful game world – it can be a lot to take in, especially for folks that don’t know squat about Mortal Online. Mortal Online 1 (MO1) was indeed hardcore in just about every possible way; people hated or loved it, but the developers didn’t deny that it was also the reason why the thought of playing the MMO pushed players away. In comparison to MO1, MO2 aims to find a middle-ground where new and old players can have a meaningful experience with many options and a user-friendly in-game feedback system. After all, it’s important to give curious gamers a proper chance to get to know what Mortal Online 2 has to offer.

How the MegaGrant Will Take MO2 to the Next Level

On the first week of January 2022, Star Vault was thrilled to announce that they’re the most recent recipients of the esteemed Epic MegaGrant. I don’t blame you if this is your first time hearing something like this, but considering how much impact it’ll bring over to Mortal Online 2, it’s necessary to at least talk about it briefly.

The Epic MegaGrant is a $100 million program that was launched in 2019 to globally accelerate the work of talented individuals and teams working with Unreal Engine, open-source software, and 3D graphic tools. Unreal Engine by Epic Games is the world’s most advanced and open real-time 3D tool; it’s no surprise that a lot of creators use it across games, architecture, movies, live events, and even simulation to deliver cutting-edge interactive experiences and content. This substantial grant will not only boost the quality of work that’s already put into Mortal Online 2, but it’ll also support Star Vault’s MMORPG in its next phases such as the transition to Unreal Engine 5.

Mortal Online 2 is Worth Looking Into

Star Vault’s goal is to show players that a challenging MMO with unique features can be an exciting and refreshing gaming experience. If you’ve been searching for a hardcore sandbox MMORPG that offers real-time combat, beautifully rendered landscapes, and deep skills and crafting systems, Mortal Online 2 is worth a try.