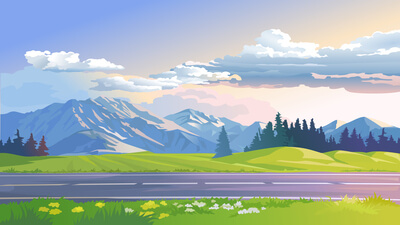 If you’re a long-time Pokemon player and want to get in on Pokemon Unite, you must forget most of the things you’ve known about the usual game mechanics. Because unlike most games in the franchise, many things simply don’t apply here. After all, this is a MOBA. For that, here are a few tips worth taking notes of.

It’s tempting to spend for Aeos Gems. To be fair, you should. Because while the game isn’t pay-to-win, it’s pay-to-boost – that means you get to where everyone will eventually be faster than the rest of the player base. When it comes to buying licenses using Aeos Gems, however, it pays to be prudent.

Without even knowing it, the game will give you almost half of the roster for free. In true Pokemon tradition, you’ll get a starter for zero coins or gems. Also, if you’re reading this in preparation for the game and haven’t made an account yet, it’s time that you do, because you’ll be getting a Zeraora license for free. Although it’s better to do it now, you have until August 31 to get it.

Then there are the other ways to unlock licenses. Leveling up gives Slowbro at level 2 and Venusaur at level 5, while playing for two, eight, and fourteen days respectively unlock Alolan Ninetales, Cinderace, and Greninja.

Finally, completing the seven beginner missions unlocks Crustle. By being patient and being an early bird, you will unlock a whopping additional six licenses. As for the rest, buying them purely with Aeos coins is technically considered as getting them for free.

Speaking of tutorials, it’s highly recommended to finish them. Aside from getting Crustle and other rewards, perhaps the biggest benefit from the tutorials is in knowing the more advanced mechanics of the game. By themselves, these mechanics are not exactly complicated to learn, but it’s easy to miss and not understand them if you decided to skip the tutorial.

Why are my teammates attacking Rotom if they can just take out opponents? Why take Bouffalant and Ludicolo? Should we get Zapdos or should we focus on scoring goals? These are just some of the questions players that skipped the tutorials have. Do not be like them.

All About Keeping Score

What separates Pokemon Unite from other MOBAs is that you can’t attack its version of towers directly. Instead, you’ll have to accumulate points first and then shoot them on the goals. The goals on the lanes have a counter on how many points they can take before they are destroyed, while the ones deep in the enemy’s base do not.

Because of this, Pokemon, which are stand-ins for heroes, have a parameter not found in other MOBAs: Scoring. This determines how fast a Pokemon can put its points on a goal. Competitive players looking to be the carry should take note of this. Pokemon with the highest scoring include Charizard, Gardevoir, Greninja, and Zeraora. While this attribute shouldn’t be the end-all-be-all in choosing a carry.

Another mechanic that is drastically changed by Pokemon Unite’s goal and scoring system would be how players should prioritize kills. Usual MOBA dictates that save for farmers, enemy heroes should be taken out first so that they won’t level up and gain an untoward advantage. In Pokemon Unite, wild Pokemon should be a priority, as they are the primary source of points. This, however, doesn’t apply when the opposing team’s Pokemon are greatly interfering in your farming.

Another exception is when they have amassed a rather bloated number of points and are trying to score them on your goals. Unless your goals have been left defenseless by Rotom or Zapdos, it’s highly recommended to take out these Pokemon first. Not only will you be able to save your goals from being demolished, but you also get their points. With them waiting for respawn, you can turn things around and score in their goal using the points they amassed.

Finally, it’s recommended for players to learn a wide variety of roles. While it may seem like attackers get all the glory, he or she wouldn’t be able to do it without the help of others. If everyone is an attacker, there wouldn’t be an all-rounder that will help in all sorts of things. Also, without defense and healing Pokemon, the team would be torn to shreds.

So instead of defaulting to an attacker as everyone else does, you should learn how to use Slowbro and Eldegoss. Trust us – you’ll have better chances of winning.   There are lots of other things you must learn in Pokemon Unite. These beginner tips, however, are going to be a big help not just in your first days in the game, but all your hours of playthrough.