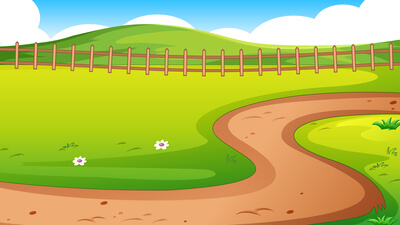 Every Pokemon is unique, it’s just that some Pokemon are better suited to a particular job compared to others. This is true for the mainline games and Pokemon Unite. At the same time, there are equally viable Pokemon outside the meta. For that, apart from the usual Charizard and Garchomp, here are underrated picks for the franchise’s first-ever MOBA.

Let’s kick things off with the Pokemon that has become the face of the franchise: Pikachu. Do you know how Ash would always rely on Pikachu even against the mightiest and most evolved of Pokemon, even those that are immune to Electric attacks? Well, that’s how Pikachu is in Unite, especially because the game doesn’t have elemental typing.

It’s easy to dismiss Pikachu as just a cute mascot, but he’s nothing like that in the game. His Electroweb is a good early-game utility that holds opponents in place, allowing them to be easily targeted by teammates. Later on, Pikachu gets access to Electro Ball, which deals a good amount of damage and pushes opponents back.

Finally, both of Pikachu’s other pair of moves are equally viable, so it’s up to the player to choose wisely. For those that want utility in team battles, Thunderbolt is the way to go. On the other hand, Volt Tackle is for players that want an aggressive gap closer that has invincibility frames, ensuring that they can’t be touched while they deal damage.

When it comes to looks, Cramorant isn’t exactly intimidating. Experienced Pokemon Unite players, seem to be wary of the bird. This is because Whirlpool is a great early-game AOE utility move that can hold multiple Pokemon in place when timed right. Team fight-oriented players should get Hurricane later on, which is the upgraded version of the ability.

On the other hand, Air Slash is a terrifying ability that considerable damage. To make matters worse for Cramorant’s prey, the skill’s cooldown – which is only five seconds – is further reduced when it hits an opponent. Now you know why this bird is the word.

For other tier lists, Greninja is simply not good enough. They say the popular Gen 6 starter takes too much time to get started, and when he finally does it’s already too late. That, of course, is an exaggeration. With the right balance of assertiveness and caution, he can take out enemies even when as Froakie. Once he evolves to Frogadier and gains access to Double Team, his chances of survival increase. Plus, the skill can double as a gap closer.

With a combination of his ranged attacks, the hard-hitting and life-recovering Water Shuriken, and his passive, Torrent, which increases damage when low on life, a Greninja that is careful while on the offensive can take out opponents with ease.

While Slowbro and Crustle are no slouches, Snorlax is what many players consider as the premier tank. Its early-game move, Tacke, is a great stunner that also gives him a bit of mobility. Rest, however, leaves much to be desired.

Thankfully, this move will be scrapped in favor of either Block or Yawn. Players that love being on the defensive and acting as a wall should go for the block. On the other hand, Yawn is a great utility or crowd control that puts opponents out of commission for a while. As for Heavy Slam, it’s a must-get, as it’s a small AoE stun.

Last but not least on the list is Wigglytuff. A lot of players don’t pick him up because other than being cute, he didn’t do much in the mainline series. In Unite, however, he’s a completely different critter. Rather than an outright tank or attacker, he’s more of a support.

For Wigglytuff, Dazzling Gleam is the main offensive move, while the utility move is a toss-up between Sing and Rollout. The former is for a team fight-focused ‘Tuff, as it is an AOE move that affects all nearby Pokemon, slowing them and eventually making them fall asleep and reducing their Def and SpDef if they stay too long. On the other hand, the latter is a single-target utility move that knocks back enemies and resets the cooldown of Wigglytuff’s offensive move.

Some conventional, some unorthodox, these picks have a rather solid performance in Pokemon’s first foray into MOBA madness. So, will you go for any of these partners, or do you have many other Pokemon in mind? Tell us about it in the comments section.