TFT Double Up Comps and Strategies 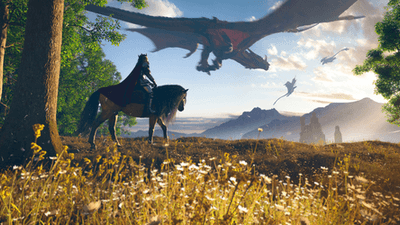 Riot’s Teamfight Tactics has been one of the most popular auto chess games in the industry. In the game, players pick champions from shops or drops and try and compose the strongest team while keeping in mind optimal synergies. They can also augment their champions with items from the shop or loot.

Players of the game have been yearning to team up with friends and fight other teams. For years, players have only been able to queue up with other players in pre-made lobbies, but they will still have to compete against each other. With the introduction of the new co-op lab mode, players can now team up with a friend and dominate lobbies together.

What is TFT Double Up?

In addition to the TFT: Hyper roll, Riot has introduced the new co-op mode Double Up. This game mode splits the 8 player lobbies into 4 different teams following a 2v2v2v2 format. Players can queue as a duo where they team up with a friend or queue up as solo to team up with a random player later on.

Being able to team up with other players allows for different strategies for gamers to utilize with their buddies. Alongside strategizing with teammates, features introduced with the lab game mode can provide new advantages as well.

New Features of Double Up

Aside from being able to team up with a friend or a random, players will experience different spins on the game that complement the game mode. These new features make the co-op mode more exciting and just a little bit different. Here are some of the new features of the game mode:

The difference between a normal TFT mode and the duo mode is that the co-op game has teammates sharing one HP pool. This means that if one member of the team loses, a portion of their HP will be taken away accordingly. When a team reaches 0 HP, they are given one more chance. The two teammates will be provided with a 1 HP lifeline. At this point, it becomes a do-or-die situation. If one of the teammates loses their bout, the team loses the game.

Players can now assist their teammates in their fight against other players. Those who finish their bouts earlier than others will have the opportunity to assist their teammates by sending over their surviving units to their duo’s board. This allows teams to turn the tides of a losing battle. However, enemy teams can also do this which may result in 2v2 fights.

The game mode gives players the opportunity to help their teammates by sending items. Players have the option to send over two randomized items given in the armory or send 8 gold to their teammates. This mechanic happens twice in two select stages. The first two instances give the option of sending component items or 8 gold, while the latter two instances give the option of selecting one of three completed items over. Properly communicating with teammates will allow them to optimize this to their advantage.

The last mechanic introduced in the co-op mode is an emblem called the Rune of Allegiance. This rune allows players to send over units they have over to their teammates. Any items the unit has during the transfer will be sent over as well. However, once the teammate receives the unit, the items will be unequipped from the unit. Players are given three runes of allegiance throughout the game.

Tips on Using these Features

With these new features, the game mode gives players various opportunities to get an upper hand on opponents. There are a few powerful tactics that gamers should take note of that will let them take advantage of these mechanics. Here are a few key tips to help gamers boost their chances of winning in the co-op mode:

Have fun with Teamfight Tactics!

Hopefully this Teamfight Tactics Double Up guide has made the co-operative mode just a little less confusing. There’s a lot of mechanics involved in the base game and with the addition of Double Up, you could say it is… doubly true. However, don’t be intimidated and with the tips from this article you and your buddies should be winning TFT matches in no time.