The Most Romantic Games to Play this Valentine’s Day 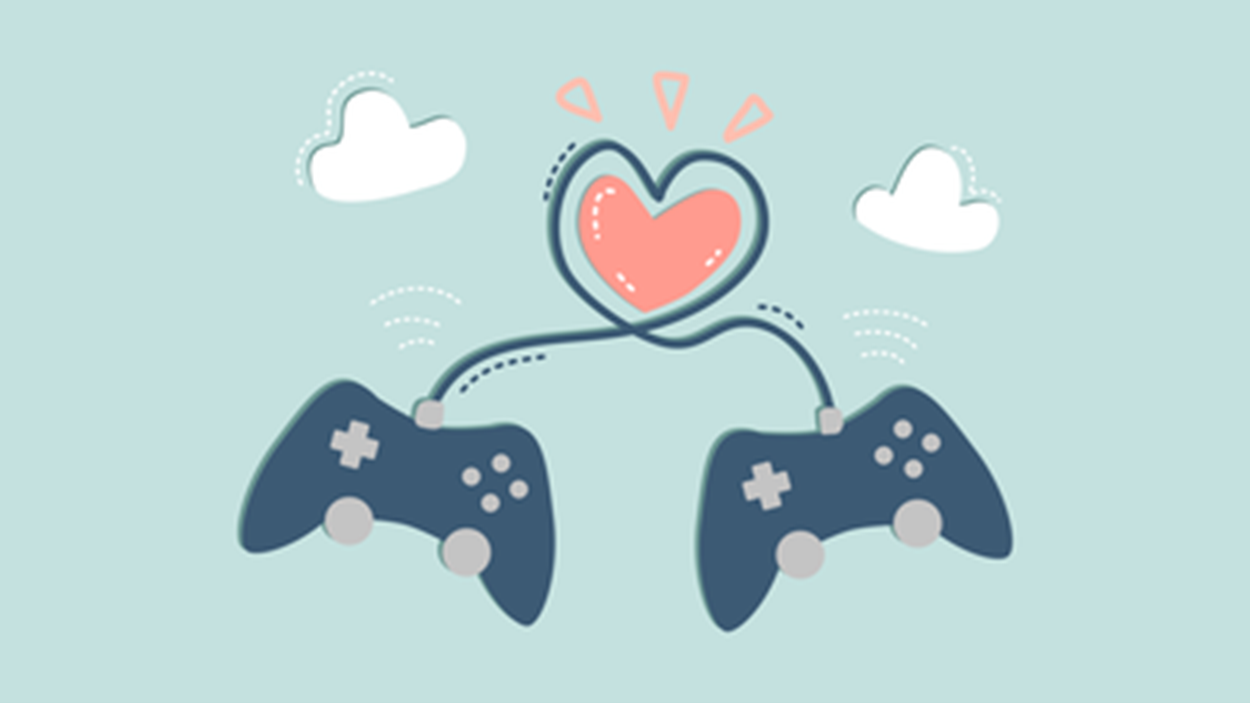 By Yourself on Valentine’s Day? These are the Most Romantic Games to Try.

Whether you’re single or not, you can still celebrate Valentine’s Day, the weekend, or the whole month of February with video games. Not just any video game, mind, but those that give the player the option to romance a character. Bear in mind though, that some of these are quite old, meaning they don’t have as much inclusivity as would be ideal. They’re a product of their times when the plight of the LGBTQA community wasn’t as culturally prominent as it is now. That’s why a majority of these romances are for straight couples.

At any rate, here are the best games with romance options if you want to experience some heart-tugging moments this Valentine’s day.

Ah, Thedas. Even if the world can’t be peaceful for more than 10 straight (in-game) years, at least you have your beloved at your side. The Dragon Age franchise lets players romance some of their companions, forming a bond that can survive through world-ending threats.

What’s even better is that it has always offered non-straight romances available for both genders. Leliana and Zevran can be romanced by any Warden player character in Origins. All the available romances for Hawke are available for either gender in II (except Sebastian, but he’s a DLC character anyway). Inquisition offers the first exclusively gay romances, one for each gender (Sera and Dorian).

Also, with continuity and cameos, you can get to see what happens after the games in future installments. It’s a pretty cool feature, letting players see how these couples are going strong past the games they were featured in. Combine that with good writing and characters that actually feel like real people, and you can experience some of the best romances from a video game.

Geralt of Rivia is no stranger to romantic entanglements throughout his long life. However, he has the two greatest loves of his life, Yennefer, and Triss Merigold. In the Witcher 3, players have the option to make Geralt choose between the two. The third option of choosing both will result in disastrous consequences and is not recommended.

Triss has been with him through his amnesiac period following a massacre that pronounced him dead. That’s basically the timeline of the first two games. On the other hand, Yennefer is the mentioned love of his life in other media, and especially in Dandelion’s poems and songs about him.

The player has to choose between these two women in an epic romance that spanned three games.

These farming simulation games all have a similar premise. After a series of events, the player character comes into ownership of a farm they have to manage. They can then decide which crops to plant, animals to take care of, and which villagers to build a relationship with (and yes, it can lead to marriage).

The Harvest Moon franchise is the easier, simpler farm sim. It barely deviates from the main goal of rebuilding/restoring a farm and building a reputation in the town. It’s also where the joke of giving eggs can lead to marriage, but that has evolved over time. Marriage is more cosmetic in Harvest Moon, the spouse will just stand around the farmhouse or keep doing what they did before marriage. In some of the games, it’s also possible to have a child.

Stardew Valley, in contrast, has more options than restoring a farm. Players can become monster hunters, thinning the creatures’ population by delving into the caves nearby. It also has various systems and mechanics not included in Harvest Moon. Examples are multiplayer options and the ability to unlock new locations. Marriage can help with the upkeep of the farm, as the new spouse will help around with chores.

Nothing brings a couple closer together than the battlefield, and the Fire Emblem series exemplifies that. With its support mechanic, characters build a relationship together and sometimes end up as couples. More than that, these couples can get some kind of powerup that is otherwise unavailable.

With many games in its franchise, its mechanics also vary. Depending on the game, sometimes characters have to be adjacent to each other, other times they only have to be within a certain range. In some games, these supports don’t end in marriage or a relationship, though.

Some games let players create an army of battle couples. In certain games (Awakening and Fates), it can even be upgraded to badass families with their children joining in. Three Houses and Fates offer same-sex relationships, with Three Houses providing more options for it.

While the first Persona game’s characters have issues that derail romance, players can choose romantic options from Persona 2 onwards. Well, in Persona 2 it’s a little limited and not as in-depth as the following installments, but the option is there.

Protagonists from Persona 3, 4, and 5 can enter a relationship with their classmates and the people around them. One of the main aspects of gameplay is building up Social Links, which is the basis of the character’s relationships with others. This confers power boosts and certain useful mechanics for combat. Maxing out Social Links will also unlock powerful Personas for the protagonist.

3 and 4 don’t really mind if you successfully romance more than one person. 5 subverts this with the girls you didn’t spend Valentine’s with coming together the next day to accuse the protagonist of cheating. Royal adds a White Day event, which can be an apology date for Valentine’s day in the harem route.

It’s also one of the games with a more heterosexual bent. However, this doesn’t stop fans from seeing all kinds of homoerotic subtext and shipping characters in homosexual contexts. Romance applies to the mainline series of games as the spin-offs focus on other things than romance.

While these are heavier on reading things than actual playing, the romance-focused ones are the best for the season. Visual Novel-type games span a whole range of genres and can come with different gameplay styles.

The Ace Attorney series is one example, with gameplay involving the fictional courtroom, interrogations, and evidence collecting. The Nonary Games are another example, this time involving puzzles and escape rooms. Another popular series that can be considered a Visual Novel is the Danganronpa series, which is somewhat of a hybrid of the two.

Because it’s such a varied category, it’s up to you to find something that will fill the void of your Valentine’s Day. Most especially Dating Sims that are mixed in with the Visual Novel aspect.

Interactive Fiction is similar to Visual Novels, though they’re basically like the “Choose Your Own Adventure” genre of books. Also, very few of them have images at all, so those who don’t like to read will not find these too engaging.

What it has going for it is an active, inclusive community. Many Interactive Fiction games and Visual Novels have indie creators, meaning they don’t have to cater to the whim of a publisher. A ton of these in itch.io and the Lemmasoft Forums have romances that include all kinds of relationships. Some would even let players explore their own sexuality.

As a bonus, all romances are optional (unless used as a plot point or something). Many of these games will allow the player to form deep platonic relationships that are no less important than the romance routes. Well, at least for the more recently-made ones.

Many other games actually offer romance options as well. The Dragonborn can marry an NPC, and depending on who it is, they can actually bring their spouse in their adventures throughout Skyrim. Even the Star Wars MMO The Old Republic has this mechanic, unusual for the genre. There’s also Star Wars: Knights of the Old Republic, Mass Effect, and even Assassin’s Creed: Odyssey.

With these games, you can live the dream of an epic romance. Be a royal who falls in love with their bodyguard or their politically arranged marriage partner. Otherwise, you could play as a god or a hunter of the supernatural. Some of them are more mundane, concerned with living life, whether that’s in a human perspective or some kind of supernatural being.

Everybody deserves to feel and be loved. While society is changing and becoming more accepting, there’s still a bit of stubbornness and resistance. Games can provide an escape from harsh reality, though, of course, they can never replace it.

Although some games don’t offer the option to enter a romance with an NPC, players still have their shipping goggles on. Like in the Persona games, the absence of confirmed romance doesn’t stop fans from creating their own (imagined) situations and circumstances. In that way, almost everything can be a romantic game, though they still do draw lines somewhere.

That concludes this article on the best romance games to spend the month with. A day wouldn’t be enough to savor these games, so it shall have to be for the month. Remember that ‘best’ is subjective, and you are the one in control of what you consume.

Have fun, and fall in love with this never-ending array of love interests!