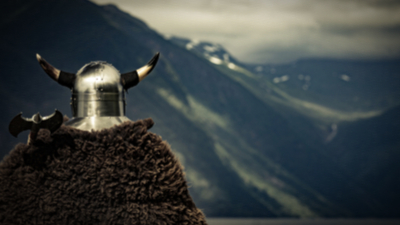 It would be fair to say that Valheim, the brand new Viking-themed survival game developed by Iron Gate Studio that has been taking the gaming world by storm since its recent launch. If you have also had your head turned by its release, then the following article is going to introduce you to a few of the key features that are in the title that has gripped gamers recently.

Getting Started in Valheim

On your first day in Valheim, you are going to want to head out and gather some stone and wood so that we can start crafting tools. To harvest wood, you simply need to hit branches on the ground or punch bushes and plants. Some suggest that old buildings are a good source of wood as well.

Once you have the necessary resources, you will want to make yourself an axe so that gathering is much easier to do. You should also craft a club in case you need to fend off enemies, and you can start building once you have crafted a hammer. Make yourself a workbench in somewhere that it is protected so that you can repair your weapons and tools too. A little tip where the workbench is concerned is to keep it near structures, so that you can them dismantle them to get free materials.

As mentioned, the club is good to make early on to protect yourself with. On the subject of weaponry, if you can get your hands on a stagbreaker in the early parts of the game, then this can be a real difference maker. Even in the beginning stages you will find this weapon to be a great help, given its ability to knock back enemies, as well as offering AoE damage as well. If you want a method that saves on your stamina however, then sneaking is a great tactic to use, so making a flint knife can cause a hefty backstab damage bonus to unsuspecting prey.

Now that we have a few essentials, another vital piece of stock we need is flint, as well as iron to help you along with your journey. Everything that you find where these come from are spawned in by following certain instruction. You are going to want to find food first and foremost as well. Though you cannot actually die from starvation as such, you will still want to make sure that you are keeping your health and stamina at the maximum by eating regularly.

There are three different forms of food at each time, which will heal you over time and keep your health bar topped up depending what you eat. The food itself comes from mushrooms, necks, and boars that you will come across when exploring forests and such.

Once you are more familiar with collecting food, you will then want to cook it using a fire pit. If this is something that you are looking to do, then it is worth mentioning that you can use more than one cooking station on just one fire pit. This method can come in very handy when you want to cook a lot of food in one go. However, you should ensure that you are in a position in which you can still reach the fire pit, in case you need to add more fuel to it.

Without a doubt, building plays a massive part in Valheim, and is one of the more favourable things about the game. That being said, you should keep crafting as simple as possible in the early stages as you would with any other game of this nature. You will have a lot to learn about how the crafting works, such as how you will protect what you’ve built from the elements, as well as how the likes of chimneys come into play.

Before you delve into how these features and more work, you should keep your bases as simple as possible when starting out. All you really need is for your base to be as functional as it needs to be. Once you have gotten to a point where you have unlocked more components and techniques for building, then you will be able to kick on with more intricate forms of building. If you do rush into it, you do run the risk of starting a big building project only to be disappointed to discover that you could have used better methods or materials.

There is obviously a huge market for multiplayer games, and Valheim is certainly no exception. In fact, many would argue that the game is more fun when you are playing with friends or a group of other players who can share the experience with you. The foundations for a great multiplayer are there already, and this is helped along by the game’s developers who have put in dedicated servers for the title so you can connect with your friends easily.

One key aspect of the game is managing your inventory. This kind of comes with the territory of an experience that features so much crafting and resource gathering. You do of course only have a limited amount of inventory space, so it is something to keep in mind when you are playing through Valheim. Not only that, but as in other games of a similar ilk, you will have a weight limit to contend with. This weight limit caps at 300, so if you were to surpass it you would prevent you from regaining stamina. With that being said, try to stick to gathering only the essentials that you are going to need in order to progress.

Now that you have taken all of these points onboard, you are ready to delve into Valheim and see what this survival game has to offer. It shouldn’t take you too long to see why it has gripped so many players already, and will surely have you immersing yourself in a new world that has taken the gaming landscape by storm.