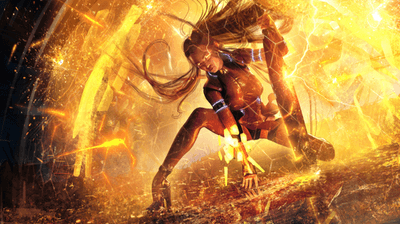 Valorant’s Episode 4 is out and so is the game’s newest agent. Fans of the game have just got used to the most recent Sentinel to be added, but Riot has shown no signs of slowing down as they keep pumping out fresh content every episode. The newest addition to the Valorant roster is the sprinting Duelist known as Neon. Gamers will find that she provides an electrifying gameplay experience.

As Agent 18 is proving to be one of Valorant’s most successful and popular agent releases, Episode 4 caused problems for the developers. Servers almost became overloaded so they had to disable custom game and the practice range to ease the load. With so many players attempting to play Neon in-game, some gamers are electing to put off playing Neon until the hype dies down. Whatever the case, we’ll be providing an in-depth overview and guide here.

Agent 18 is a Radiant with electric-themed abilities which allows her to speed and slide through the map. Neon can run around her opponents confusing them with her speed and agility before finally delivering killing shots. The new agent is designed to counter Jett as the Operator meta has been dominating the game, even more so when Chamber was introduced.

Neon, codename Sprinter, is one of the first examples of Southeast Asian representation in a AAA gaming titles. The speedster agent is a Filipino hailing from the city of Manila. Riot has been lauded for taking the representation to the fullest as Neon was voiced by Filipina Vanille Velasquez, designed by Filipino Ryan Cousart, and quality assessed by Pinay Gabby Llanillo. Neon’s official trailer also featured the song “Entertain Me” by Ylona Garcia who is also a Filipina.

Valorant has been making sure that its agents represent various countries in the world. With the introduction of Neon, Riot has finally made a representative of the SEA community which is one of the game’s largest communities. As the game goes along, it is expected that Agent 18 will not be the last agent to come from Southeast Asia.

What are Neon’s Skills?

The newest agent’s abilities have made the Valorant community excited as she features gameplay similar to fast-paced games like Apex. However, her kit had some of the pros divided as some think that her launch will ruin the FPS game’s traditional precise gunplay. Here are Neon’s abilities:

Whether Neon will be broken or underwhelming is yet to be seen while the community starts to integrate her into the meta. However, pros have expected that the Judge shotgun will dominate the game once more due to Neon’s fast movement speed.

Tips on How to Play Neon

Since it may take some time before players can get used to Neon’s abilities, here are some tips that will help gamers get a deeper understanding of her kit:

As Agent 18 brings that fast-paced gunplay into Valorant, fans will have to wait and see how she will fit into the current meta. Unlock Neon now and run circles around enemies.