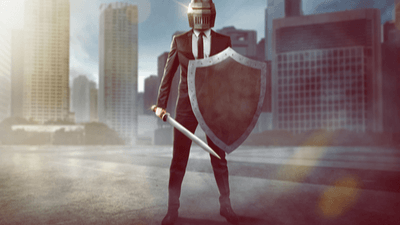 Many enter and only one leaves alive. Am I talking about the Hunger Games and Battle Royale or the video games PUBG and Fortnite? There’s too many options to pick from in this category. Many people are also captivated by the recent TV show Squid Game, and other fight-to-the-death type content is riding this cultural wave.

Somewhat related to Squid Game is the Japanese Kami-Sama No Iuutori (As the Gods Will) which has a similar theme. That is, turning a kids’ games into a deadly affair. The difference is that high-schoolers are the participants in the latter, while the former has debt-ridden adults as players.

What is with this violent genre, and why do people love it so much? Let’s explore the possibilities.

The battle royale has been around for ages, contrary to popular belief. It originated from a boxing or wrestling term generally meaning ‘a fight with many combatants with only one winner remaining’. Specifics differ depending on the sport, as it was not limited to the two mentioned. In fact, the 1952 novel Invisible Man by Ralph Ellison (not H.G. Wells) had a battle royale right in the first chapter.

The killing aspect only appeared when Koushun Takami wrote and published the dystopian novel ‘Battle Royale’ in 1999. This spawned a hit film within the next year, and the term shifted into a more violent form. The terms death game or killing game also became popular during this time.

Since the writer is Japanese, the country got a head start in popularizing the genre. Battle Royale inspired several works, including films, manga, and anime that all made use of these deadly games. Internationally, people were ignorant of this cultural phenomenon until the Hunger Games franchise brought it to Western media near the 2010s.

Ever since there has been wave after wave of media with this kind of premise. Movie examples include The Purge and Assassination Nation. Pre-2010 manga series have the Fate/Stay Night series, Btoom!, and Mirai Nikki (Future Diary) as examples. Video games were more subtle with the Zero Escape and Danganronpa franchises (2009 and 2010 releases respectively) until the advent of PUBG in 2017.

PUBG opened the doors to a whole deluge of similar games, with Fortnite Battle Royale being the most popular. The latter had a good single-player story campaign in Save the World mode, but Fortnite Battle Royale led the game to new heights. Soon Apex Legends and Call of Duty followed. Then there’s Fall Guys, which is arguably the mostsimilar to the original battle royale than others in the genre. It’s also a less violent example, as there’s no blood and other players are only disqualified from the ‘game show’ premise, not stabbed or shot.

So why has this genre of violence and killing become so popular?

There are all kinds of opinions on the topic, but here are just a few factors that might have contributed to the genre’s popularity.

First, is the nature of competition and our reaction to it. The second is the genre’s fantastical nature. Finally, viewers like having their survival, fight-or-flight, instincts activated. Going over them one by one, let’s start with competition. Competition gives us something called ‘extrinsic motivation’, i.e. winning a game. That’s opposed to ‘intrinsic motivation’, i.e. feeling good when doing something right. The difference between them is the reason you do an action.

When you do an action to avoid punishment or receive a reward (whether physical or not), that’s extrinsic motivation. Intrinsic motivation, on the other hand, gives you a good feeling because of the knowledge that you did the right thing, even if it had consequences for you. It’s more subjective than the other kind, since people have different tolerances for what counts as negative experiences.

At any rate, we can all agree that winning feels good, right? You’ve worked hard and made it to the top, beating out all your opponents. It doesn’t matter what kind of competition it might be, from quiz or spelling bees to sports and talent competitions.

It doesn’t stop at being a competitor yourself. Due to being able to relate to others, we can attach our identity as a fan to one of the sports teams, for example. We root for a team or player we like. Isn’t that why we gather at stadiums and coliseums to watch sporting events? We give support to a competitor we like and cheer when they win or cry if they lose.

Similarly, watching these death games lets us root for a contestant. We want them to survive and win, and we watch from the edge of our seats when they’re in danger of losing. Its why fans were outraged at Kang Sae-byeok’s death before the final game. She was the fan favorite, sometimes even more so than the actual protagonist Gi-hun.

While we can relate to their very human problems and motivations, most people will say that they won’t join that kind of game. No matter how much they say this though, there will be people who be up for it if these kinds of games did exist in reality.

That leads us to the next point, its fantastical nature. Fantasy is a popular genre of media, especially because it’s unlikely to happen in real life. It lets people explore topics (even taboo ones) in a safer environment than actually experiencing them, since getting stabbed isn’t usually conducive to good health.

While some of these killing games are grounded, there are elements to let us know that it’s fake. For example, all the punishments in Danganronpa seem very excessive. Also, many of these games came about due to being set in a dystopia, something that doesn’t apply to our current reality (though some disagree). This kind of media also serves as social commentaries of our present situation but, shown in such fantastical ways.

It’s a form of escape from the boredom and tedium of daily life, giving people a glimpse of lives entirely different from their own, and a sense of adventure they’re unable to get from their real lives. We consume this type of media because it’s very unlikely to happen to us, and viewers know that. That’s why the fantasy genre is beloved by people everywhere.

The last point is a little related to this, as one of the reasons for consuming this kind of media is to simulate a life-or-death situation. Our current situation lets us be a little complacent (as there are other dangers in our society) which don’t necessarily force us to exercise our survival instincts. To be thrust into this kind of game means these instincts can be stimulated.

Video game versions get hit with this more, as watching or reading the media once sort of builds an immunity to that theme. Battle Royale video games such as Fortnite BR, PUBG, Rules of Survival, and Apex Legends are all unpredictable and there’s always a chance to win. That hooks players into playing more, like the chances of winning a jackpot in a casino.

Sure, there’s some skill involved in playing, and that’s the motivation of some players in playing the game. They want to get better (though it could also be to increase their chances of winning). Improving themselves for the fun of it shows their competitive spirit, though in excess it can lead to detrimental effects.

Of course, people can like these media in other ways. One of the most compelling reasons is the way the characters are portrayed. Whether hero or villain, well-written characters are the most important thing in fiction. They are the ones who drive the plot. A good plot won’t help unlikeable characters, but good characters can make a bad plot interesting.

Squid Game in particular makes people cry because the characters were excellent for making people attached to them. Oddly, this applies more to side characters than the protagonist, but the protagonist is written well enough. It’s just that fans appreciated some other characters more.

As mentioned above, people all have their own way of thinking. That means there are countless ways of appreciating and enjoying this kind of media. Though they might prefer certain types of media to others, these factors can still apply to how they enjoy it.

That’s a handful of reasons to enjoy all kinds of battle royales. Whether it’s films, video games, anime, manga, or books, the genre will stay strong through these years. Sure, it might get overshadowed by the next new fad, but for now, it’s sticking fast to people’s minds. The popularity of Squid Game just proves that.