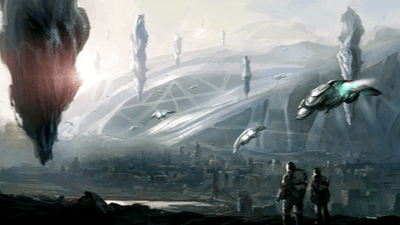 Widowmaker is an assassin working with the terrorist organization in the Overwatch universe, Talon; with no emotion or regret, she is deadly as they come. Widowmaker was once married to Gérard Lacroix, who was once an Overwatch agent before she was taken by Talon to be brainwashed to become a double agent and kill her husband. Once fearing spiders with the idea that they are heartless and emotionless, it may be ironic, but Widowmaker’s bodily enhancements that were implanted in her body are much worse. All weaponry and equipment attached to her are deadlier than a spider. Her abilities include being spider-like with a grappling hook that mimics a spider in its web.

As a sleeper agent of Talon, she was the assassin that killed the leader of the Omnic communal monastery, Mondatta. Anything human inside her is gone. All that is left is Widowmaker and her thirst for blood. This Widowmaker Overwatch 2 Guide will teach players how to unleash her potential.

Widowmaker is an excellent marksman, and as a deadly assassin, she needs a weapon that fits her perfectly. Widow’s Kiss is a rifle with pinpoint accuracy while aiming down the scope. This weapon deals 2.5x the damage with a critical hit rather than 2x, which is more potent than her version in the first Overwatch. A player who is into snipers would be great with this weapon, as it can deal some of the most incredible single-shot damage in Overwatch 2. When at full charge, her rifle can make the deadliest one-shots on any non-tank type of hero in the game.

Widowmaker has mines that can attach themselves to any solid surface when used. The radius of the blast is up to 3 meters and deals poison damage over time while also revealing their position to Widowmaker for 5 seconds, which is how long the poison will last.

Widowmakers Grappling Hook’s ability is pretty straightforward once the grapple is fired on any mountable surface where she can pull herself and climb onto it.

Widowmaker’s Ultimate Ability, also known as Infra-Sight, in Overwatch 2 allows Widowmaker to see all enemy heroes through walls for 15 seconds. The information gathered here can provide great intel for you and your teammates.

When selecting Widowmaker as your hero, you must be prepared for any situation. As mentioned earlier, knowing which heroes you are weakest against will help you out. Any hero on the enemy team that can close in on her or is fast enough to flank, possibly another Widowmaker, will gain the advantage over you. Your grappling hook must be ready for any of the following heroes:

For enemies that can hunt down Widowmaker, even when grappling away from heroes like Winston, Genji, and Wrecking Ball, do not be afraid to run to your teammates that can shield you from close-range enemies.

Your most significant advantages as Widowmaker would be in long corridors and open areas, maps like Junkertown can be an advantage. Do not snipe from the same position every time you are forced out or respawn, as the enemy would be able to predict where you are hiding and allow them to find a way to flank you. Stay on the move, and stay hidden to pick off each enemy until you are victorious.