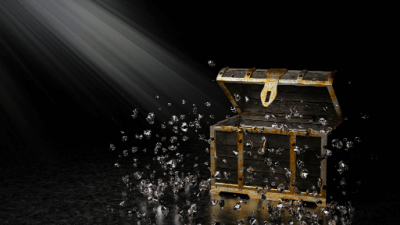 PoE’s latest league, Lake of Kalanda has introduced many changes that hurt the game. Many streamers and players have noticed that the drop rates for many items, including currencies, have lowered as loot becomes scarcer. Unfortunately, this change was actually confirmed by GGG but never communicated beforehand. Gamers are now furious, and many have called quits on the game indefinitely.

In a recent statement released by Chris Wilson, one of GGG’s well-known developers, he stated that some changes were introduced in the current patch that affects drop rates. According to him, these updates were implemented to balance past League contents that were out of line in the current patch. However, many players are not happy with these tweaks.

The first and most noticeable change was the decreased chances of encountering rare monsters from previous League content. This means players will fight fewer loot-dropping monsters, which is a big thing. GGG’s decision to suddenly remove several rare enemies resulted in many end-game content becoming less rewarding for players.

The second, and quite frankly, the most impactful of the changes is the removal of a “massive historic bonus” which increased the rarity and quantity of drops from League-specific monsters. This is an excellent way of saying that the studio has implemented a tremendous drop rate nerf. This change has significantly reduced the number of rare items and currencies players can get in their raids and maps. When these two updates are taken together, Exiles can expect abysmal drop rates,

While these changes are already bad enough, they worsen when you consider the changes regarding the Divine Orbs. These tokens have now replaced Exalted Orbs as the game’s premium currency. Aside from being the new gold standard in trading, Divines will also be the orbs used for metacrafting or creating large and powerful items.

Due to recent updates, Divine Orbs has become even scarcer than before after the removal of its six-linked recipe reward. Since it’s the currency used for end-game crafting, players will have fewer chances of creating and customizing their gear. This situation now encourages gamers to find better and high-quality loot. However, considering the changes to the drop rates, even this progression path is very annoying and hopeless.

The Changes were Not Communicated

What made the situation worse was the fact that GGG never mentioned nor discussed these changes before the release of Lake of Kalandra. Players were only made aware of the situation after Chris Wilson’s “What We’re Working On” in PoE Reddit, which is his most downvoted piece of all time. Unfortunately, many Exiles have already noticed the drastic decrease in the drop rate before the announcement.

This lack of transparency between the studio and the community has seen a lot negative feedback. Not communicating changes to the player base is a bad strategy, which other games like New World highlighted. The Amazon-owned MMORPG was previously notorious for not discussing or announcing significant changes within the game, earning many of its players the ire. A similar situation has now appeared between devs and the PoE community.

Reactions to the Decrease in Drop Rates

Many players and Redditors have shown their humor regarding the changes. Some have jokingly stated how this was GGG’s response to gamers’ complaints about clicking too much. Exiles have been complaining about spamming their LMB due to the game’s looting system.

On a serious note, many in the community have expressed disappointment in the recent update. While many are hopeful that the studio will make some positive changes, several have already called it quits for this League. Notable stream Empyreangaming and his crew have already stated that they are now exiting Path of Exile. Other players have directly expressed their desire to jump ship. Some gamers have discussed switching to Diablo 3 since they are very disappointed with Lake of Kalandra.

While Chris Wilson’s Reddit post has been downvoted so severely, there are some relevant pieces of information that players might have missed. First, devs will equalize the drop rate of items for players that are appropriate for their level. This means that gamers will acquire gear relevant to their current progression stage.

In addition, they have also indicated that there might be some unforeseen factors that may have been affecting the drop rates. The studio has stated they will work on it and several other issues. However, without any clear plans on how to improve the current situation, many players might just choose to leave the game without waiting. Devs should be more transparent with their goals if they don’t want their community to boycott the game.