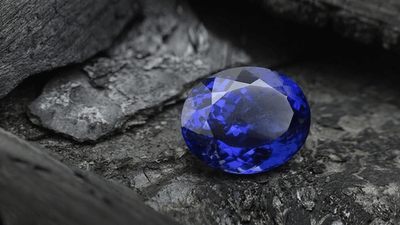 Path of Exile has been one of the premiere ARPGs for years. It provides gamers with prime examples of customization freedom and stat building. While there are a lot of features that players can explore, gem corruption is one of the many aspects that gamers can integrate into their gameplay. The process has high-risk, high reward mechanics that enthralls players in participating in this activity. Due to the nature of PoE gem corruption, it would be ideal to follow a guide to avoid wasting valuable resources.

What is Gem Corruption?

In the simplist sense, corrupting a gem essentially makes the item stronger by enhancing the quality and strength of its modifiers. This process increases the effects of existing attributes beyond 20%. Unfortunately, modifying a gem into its corrupted version carries considerable risks.

Since the quality of this stone item is capped at 20% (unless it’s a gem in Standard League), the only way to bring it to 23% is by corrupting it. However, a gem that has undergone this process can no longer be modified even if the upgrade materials are for sockets and socket links. In addition, there is a chance that the stone will lose quality. Players should note that the additional 3% is already a massive deal in stat-focused games such as Path of Exile, which is why corrupted gems are infinitely better than non-corrupted ones.

PoE is a stat-focused game that places heavy emphasis on skill customization. Since there is no standard build or classes in the game, players rely on any modifiers to increase the strength of their attacks and abilities. Using gems is one of the surest ways to enhance the power and effectiveness of skills. Gemcutter’s Prisms can be used to take stones to the 20% cap, while Vaal Orbs corrupt rocks to increase their modifiers.

What are the Effects of Corrupting Gems?

Corrupting stones is precarious, but the rewards are great if the process is successful. While the chances are not slim, there are six potential effects of undergoing corruption. Three are beneficial to the players, while two are detrimental to progression. The last one does not enhance or degrade the stats, but prevents further modifications. Here are the known results of PoE gem corruption:

Even if the gem does not receive an effect, it can no longer be modified any further or undergo corruption once it has been tagged as corrupted. The most beneficial result is to acquire the other 1-10 quality to reach 23%. However, there is only a 16.7% chance of this, so players must be ready to risk the rewards.

How to Acquire or Corrupt Gems?

There are precisely two ways to obtain corrupted gems. These stones can either be looted or found while exploring the world, or they can be crafted. Finding modified jewels is extremely rare, so gamers will have better luck crafting these items.

Players will need a currency orb known as Vaal Orb to corrupt a gem. Like other PoE currencies, Vaal Orbs can be acquired by defeating mobs, looting chests, and obtaining them from Strongboxes. For people to use this currency for corrupting stones, gamers can start by right-clicking on Vaal Orbs and then selecting the gem to be modified. This action will jumpstart the corruption right away.

Where to Get Vaal Orbs?

This currency can be used for more than just gems since they can be corrupt anytime. This is why these orbs are precious. Here are some areas where players can acquire these orbs:

Trading Vaal Orbs for Other Currencies

Note: Exchange rates change from time to time, so it is better to consult the PoE Currency chart for references.

Alternatively, players can consider farming Vaal Orbs from mobs. The item has a drop level of 12 and has a drop rate of 0.689%. This drop rate is the same for looting chests and obtaining orbs from Strongboxes.

Altar of Corruption and Lapidary Lens

Altar of Corruptions is a unique mechanism that can be accessed in Locus of Corruption rooms. A Locus room can be entered by upgrading a Catalyst of Corruption, acquired from upgrading a Corruption Chamber. The altars can be used to corrupt a gem without using any Vaal Orb. There are no materials needed to undergo this process, and the effects or chances of getting specific results are the same.

Another mechanism can be used to corrupt gems, known as Lapidary Lens. This contraption can be accessed in the Doryani’s Institute incursion room found in the Temple of Alzoatl. The room can be accessed by upgrading a Department of Thaumaturgy, an upgraded version of the Gemcutter’s Workshop.

Lapidary Lens can be used to corrupt gems without using Vaal Orbs. In addition, using this device can enable gem corruption twice. However, the process can not allow the same outcome to be applied.

When Should Gems be Corrupted?

Good Gems and Vaal Orbs are tough to grind, so players need to be careful before they start corrupting their stones. The main idea of using Vaal Orbs for this process is to ensure that the gem is already at the current 20% normal cap. While corrupting a stone under 20 is possible, it negates its efficiency since the gem loses the chance to reach 23% quality. Therefore, the most probable thing to do before the corruption process is to enhance stones to 20.

Players should note that modifying corrupted gems any further is not allowed; these stones can still be leveled up. This means a level 1 corrupted gem can still be ranked up. Since rank does not matter in the process, gamers should process stones still at the base level but already have 20% quality. If a level 1 gem reaches 23% after corruption, then the player should keep it. If the stone receives other effects, then they can be discarded.

Most of the time, players can acquire gems with 5% to 20% quality. For items that haven’t reached the max current power, Gemcutter’s Prism can be used to enhance the stones by 1%. Gamers should be wary of using GCP since they can be pretty rare.

On the other hand, players can acquire a level 1 gem with 20% quality if they use a Gem Quality Recipe. This method requires gamers to vendor a level 20 uncorrupted gem and 1 Gemcutter’s Prism. However, this procedure does not work for items that cannot be progressed to 20, like Enlighten, Brand Recall, and Awakened Gems.

Which Gem to Corrupt?

Note: While these skills are considered the best ones in the game, gem modifiers still depend on the players’ preferences.

While the process of corrupting gems is straightforward, there are tons of aspects that players need to consider in order to avoid wasting resources and time. The main thing that gamers should remember is that they should only corrupt a high-quality gem. While the risks are high, the rewards are worth it if the process is successful.