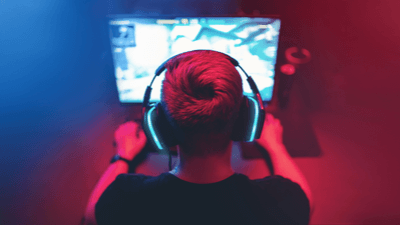 Valorant has a lot of agents for players to choose from. You can either go for Duelist, Initiator, Sentinel, or Controller. One of the best Controllers in the game is Omen which lets you smoke off some angles and control spaces on the map. This Valorant Omen Guide will help you figure out the best way to play the agent.

Omen’s abilities revolve around taking control of specific areas at a site, and his teleportation abilities allow him to surprise enemies. Moreover, Omen becomes a key instrument in blocking the enemy’s line of sight during defensive and offensive rounds. In the Controller class, Omen is only considered second to Astra in strength and has a high pick rate.

Is Omen Good For Beginners?

Omen may not be a great Agent if you are new to Valorant because his versatility requires precise aim and reflexes. He’s an exceptional Controller as he provides ample cover for the entry rush, regenerates smokes, and allows teammates to enter sites unseen. Additionally, his Paranoia ability is an excellent tool for blinding enemies and catching them off guard at choke points.

Omen is suited for mechanically skilled players with amazing aiming ability. His abilities revolve around quick decision-making; for that, players will need a good idea about the layout of maps and precise aim.

Here are some of Omen’s abilities and how to use them.

Omen equips a shrouded step ability and see its range indicator. Fire to begin a brief channel, then teleport to the marked location.

Omen equips a blinding orb that clears the specific area of the map. Unlike some blind abilities in the game, your paranoia can go through walls, so use them accordingly.

Omen equips a shadow orb, entering a phased world to place and target the orbs. Press again to throw the shadow orb to the marked location, creating a long-lasting shadow sphere that blocks vision.

From The Shadows (Ultimate Ability)

Omen can teleport anywhere on the map and will appear as a shade that can be destroyed by an enemy to cancel his teleportation.

There are several weaknesses for a controller agent like Omen, especially with a set of abilities that do not inflict any damage, such as:

Overall, Omen is pretty fun to play Agent, and you can use his weaknesses to his advantage too. What I mean is your predictability makes you unpredictable. You can mix your skill combos and teleport location to make your enemy predict you right and prove that they’re wrong with your play, especially by following this Valorant Omen guide.